Canadian student missing for nearly a month in Peru

Jesse Galganov, 22, has been missing for nearly a month. He was last seen at a hostel in Huaraz, Peru

Fears are mounting for a Canadian medical student, 22, who has been missing in Peru for nearly a month.

Jesse Galganov wanted to see the world before starting medical school at Thomas Jefferson University in Philadelphia, so he decided to take a gap year to travel.

He left his home in Montreal on September 24 for a solo eight-month backpacking trip through South America and Southeast Asia.

But just days after arriving in Peru, he disappeared without a trace.

Last week, his mother flew to South America to aid in the search, and says local authorities believe her son may have been kidnapped.

Alisa Clamen says her son spent the first few days of his trip in Lima, Peru, before taking a bus to Huaraz on September 27.

Security cameras showing him arriving at 6:30am and heading towards the Kame House hotel where he planned to stay the night before starting a four-day hike through Huascaran National Park – the world’s highest tropical mountain range.

He texted his mom on September 28 to say that he would be out of contact until October 2, when he had a bus booked back to Lima.

That was the last anyone heard from Galganov. 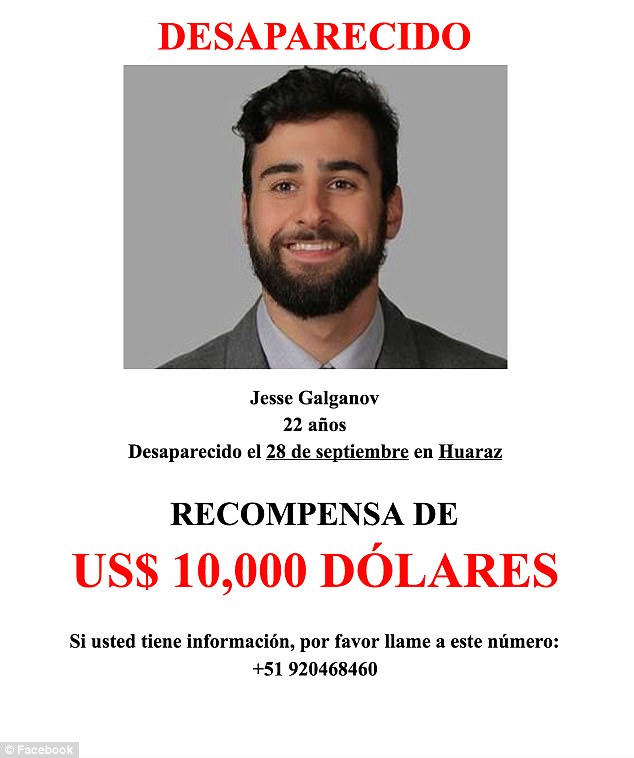 The 22-year-old medical student from Montreal, Canada was on the first leg of an eight month backpacking trip through South America and Southeast Asia 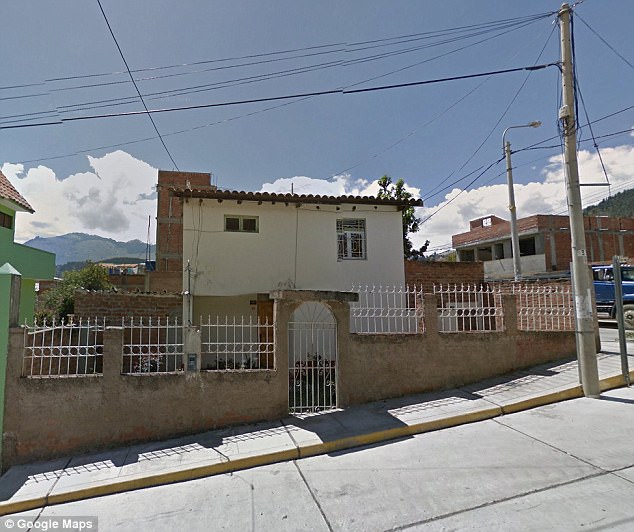 Galganov was last seen at the Kame House hostel in Huaraz (pictured) on September 28. The owner of the hostel at first said Galganov checked in, but later changed his story and said he did not when he was questioned by police

When her son didn’t contact her on the day he said he would, Clamen decided not to worry at first, believing that he had just extended his hike a few days.

‘Maybe he had taken a longer route but when ten days turned into 11 and 12… I knew something was wrong,’ Clamen told Global News.

Clamen reached out to her son’s close friends on October 7, but they hadn’t heard from him either.

Julien Miller told Dateline that Galganov was contacting friends through Snapchat since the beginning of the trip, but after the 29th all communication stopped.

‘He is an experienced traveler and an excellent communicator,’ Miller said. ‘We have to assume that if he had access to communication, he would contact us.’ 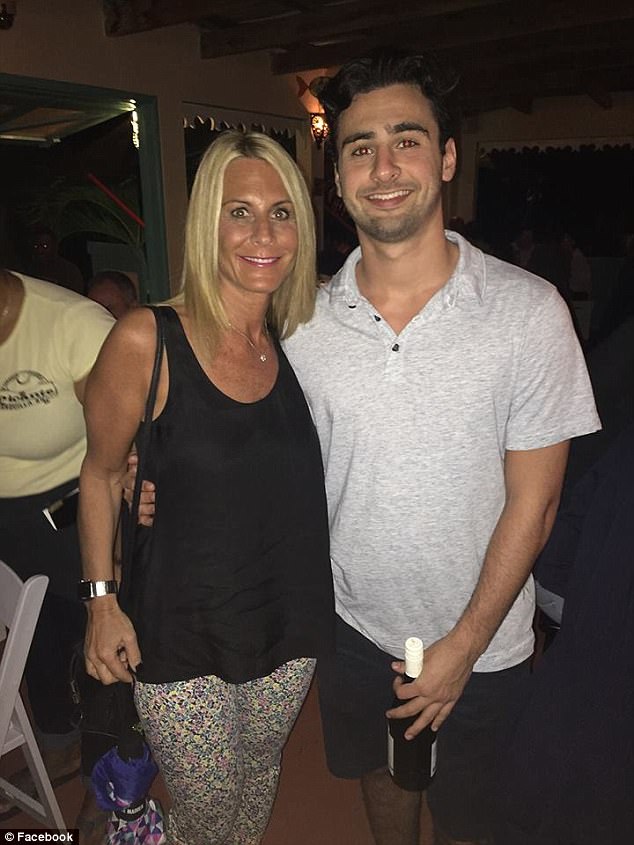 On October 14, Clamen filed a missing persons report, and then flew down to Peru on October 17 to aid in the search.

She says local authorities fear that her son has been kidnapped.

‘All of (the information) is leading to the conclusion that Jesse, somehow, was abducted,’ Clamen told the Toronto Sun.

‘It is really the only plausible theory at this point, because nobody really disappears into thin air.’

The investigation into Galganov’s disappearance appears to be centered on the hostel where he stayed in Huaraz, Kame House.

The owner of the hostel at first confirmed that Galganov had stayed there, but later changed his story and said he had not when he was questioned by police. Authorities know that he stayed there because he Snapchatted a friend from the hostel before his disappearance. Other employees at the hostel also gave various reports of when he arrived and left the hostel. The hostel is now under investigation by the local District Attorney’s office.

Galganov also didn’t register for the 31-mile Santa Cruz trail he planned to hike. Hikers on the popular trail have not reported seeing him.

Authorities also know that Galgavnov did not show up for his bus back to Lima on October 2, or use his ticket for an October 5 flight to Bolivia.

Friends and family say he was on a strict budget, so it was unlike him to deviate from his meticulously planned agenda.

Clamen’s mother is now focused on pressuring Apple, Amazon and T-Mobile to give up information on her son’s cellphone and Kindle e-reader in hopes that geo-locating technology will help track him down.

Clamen says they have not been cooperating, so she set up a Change.org petition to put pressure on them. 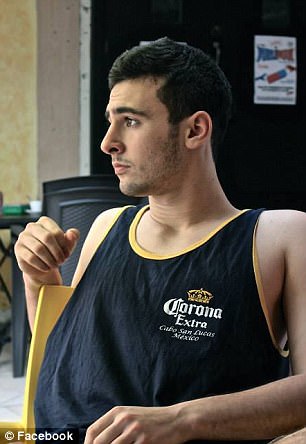 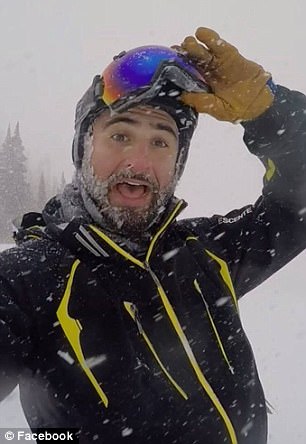 ‘I’m incredulous, I just cannot believe that these companies are not being co-operative, when the life a 22 year old man is at stake.’

In a statement to Global News, Apple said, ‘As we do with emergency requests from law enforcement, we have immediately responded to legal requests for information from U.S., Canadian and Peruvian authorities in this case. We know time is of the essence, and have a dedicated team responding to any exigent request 24 hours a day around the world.’

Apple has provided information that shows Galganov’s phone being active in Lima on September 29, the day he was supposed to start his hike seven hours away in Huaraz.

T-Mobile also said they were doing everything in their power to aid in the search, and are cooperating with the U.S. Department of Homeland Security (Galganov is a dual citizen in the U.S.). However, they said the fact that he was using a different network while in Peru means that they don’t have much information to give.

‘We don’t have location information on our partner networks when customers are roaming, but will certainly provide anything else we can to help,’ T-Mobile told Global News.

Clamen is offering a $10,000 reward for information leading to her son being found. She has plastered about 500 flyers in the country about her son’s disappearance.

‘People don’t just disappear,’ she told Dateline. ‘Someone will know something. If I can have everyone out there looking for Jesse, then we will find him.’

Galganov is described as being 5’10” tall, 170 pounds with wavy brown hair and brown eyes.

Anyone with information about his whereabouts is being asked to email the family at helpusfindjesse@gmail.com.