Canberra mother mauled to death by vicious dog at home

A mother mauled to death by her pet pitbull inside her home refused to get rid of the dog because it once ‘took a bullet’ for her, despite knowing it was dangerous.

Tania Klemke died after being set upon by her beloved pet at her home at Watson, in the northern suburbs of Canberra, in the early hours of Wednesday morning.

Police called to the home by neighbours who heard desperate screams, shot the dog dead after it turned on them as they attempted to perform first aid on Ms Klemke.

Speaking out after the death of the woman in her 40s, shocked friends told how she had warned them about coming over to the property because the dog had a habit of attacking visitors.

In one instance in August, a person was forced to receive 42 stitches after also being bitten by the same pitbull. 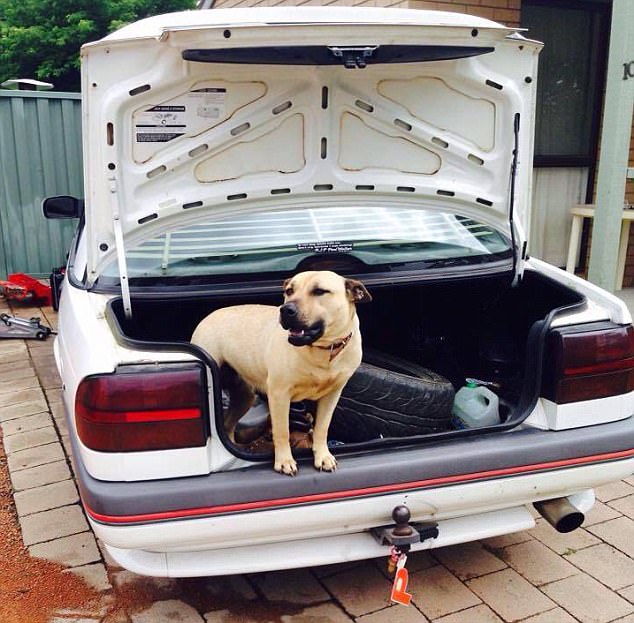 Ms Klemke had reportedly refused to get rid of her pet pitbull because it once ‘took a bullet’ for her, despite knowing it was dangerous 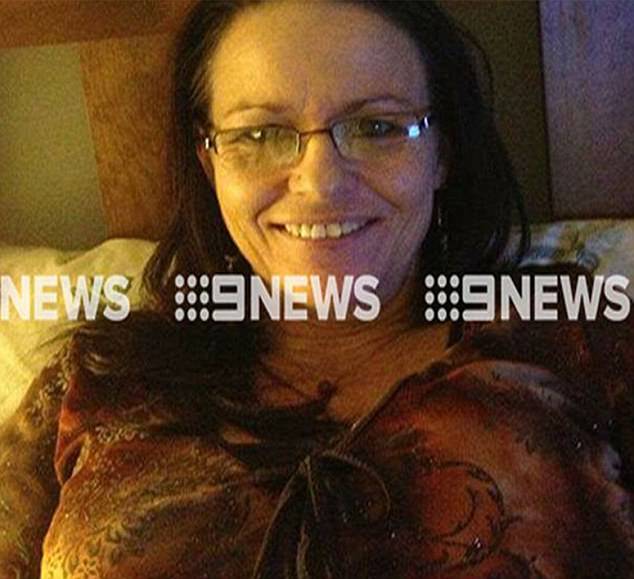 During that incident at the same address, a group of men wielding guns broke into the home and assaulted Ms Klemke and another man. One of the intruders shot the dog in the ear

But despite its track record Ms Klemke had refused to part with the animal because it had intervened during a violent home invasion in March this year, the SMH reports.

During an incident at the same address, a group of men wielding weapons broke into the property and assaulted Ms Klemke and another man.

Shots were fired during the break in, with a bullet reportedly striking the dog in the ear.

Ms Klemke had reportedly text her friends after the incident, calling the dog her best friend and telling how it ‘took a bullet for us’.

She later warned friends not to come over to her house because they may also be attacked.

Speaking out on Wednesday, ACT city services minister Meegan Fitzharris confirmed rangers and police were called out to the property in August to deal with the animal.

On that other occasion police had also been forced to draw weapons on the dog, but it was allowed to remain at the property. 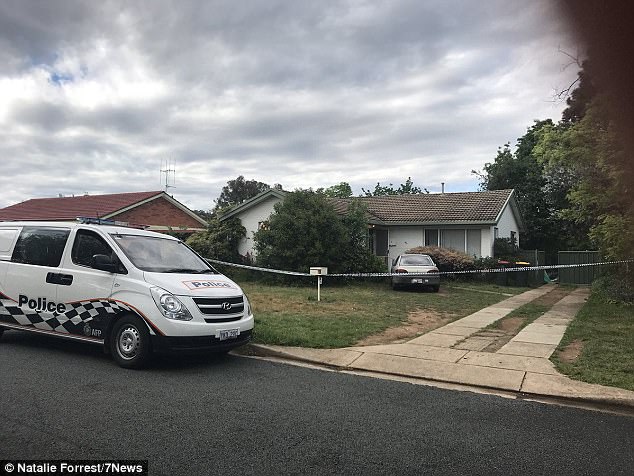 It was revealed the dog had attacked another person just months earlier, leaving them needing 42 stitches

‘Clearly the dog was dangerous, clearly the dog has attacked someone overnight, someone we understand to be their owner or carer and that woman has died,’ Ms Fitzharris said.

‘Whether we knew enough at the time to have it declared as a dangerous dog is another matter we’re following up on.’

Ms Fitzharris said she believed owners of ‘large strong dogs’ had a responsibility for their behaviour.

After attacking the woman on Wednesday morning the dog reportedly turned onto a male visitor and also began biting him.

The man was taken to hospital with minor injuries to his upper leg. 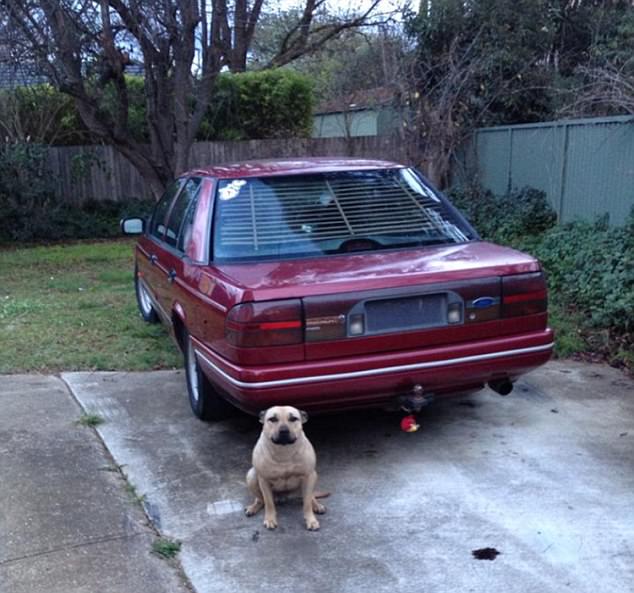 When police arrived at the home on Wednesday morning they themselves were attacked as they tried to perform first aid on Ms Klemke, before being forced to shoot the animal dead

Describing the death as ‘tragic’, a spokesperson for ACT Police said there would be an ongoing investigation into the death.

‘On arrival police were directed by a male in the backyard into the premises towards a female that was lying inside,’ the spokesman said.

‘A dog was also inside the premises. Police entered and attempted to provide first aid to the woman inside the house.

‘While she was being worked on the dog attacked police officers, forcing them to fire a number of shots.’