A monstrous bushfire will cause a weekend of terror in Canberra, as the ACT prepares for its worst day since the fatal blazes of 2003 killed four people.

Authorities warned the huge blaze is threatening to jump containment lines and bear down on hundreds of homes.

Residents are fleeing for their lives in fear the conditions will be as bad as 2003, when four people died and hundreds of Canberra homes were razed.

The Orroral Valley fire southeast of Canberra had burnt through more than 28,000 hectares as of 2am Saturday morning, with a state of emergency declared for the ACT.

Rural properties in southern parts of the territory came under threat from the fire late on Friday night, with conditions expected to worsen throughout Saturday.

‘This does include potentially as far north as Tharwa and spotting close to the southern suburbs of Canberra, including Banks,’ she said on Friday night. 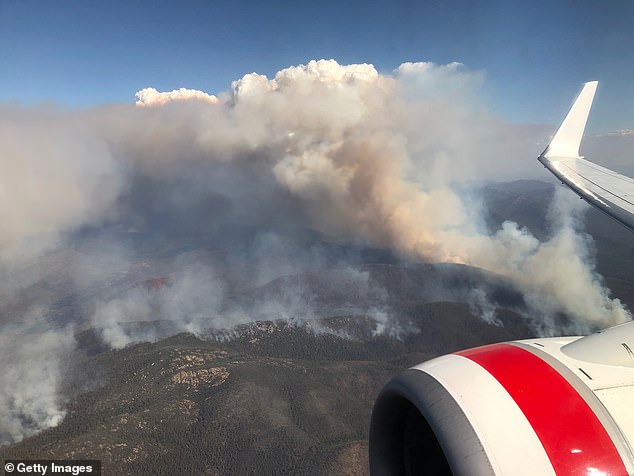 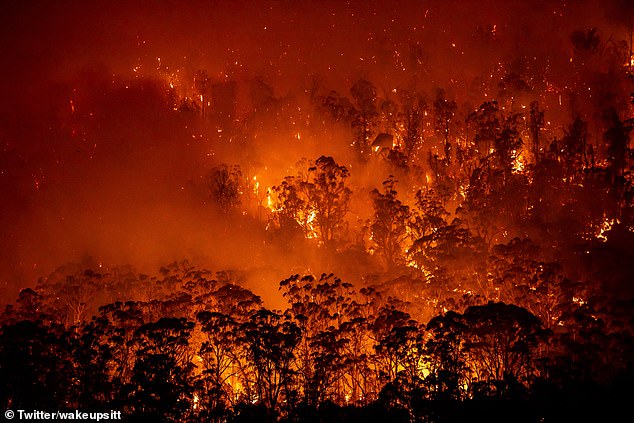 Chief Minister Andrew Barr made the announcement as the 18,000-hectare fire is set to threaten homes in the capital’s south (pictured)

‘It has been unpredictable. It remains challenging. It is difficult to access. This fire could create its own weather system.

‘If all of what I have just outlined occurs, there is a chance this fire could break containment lines.’

Chief Minister Andrew Barr declared the state of emergency with the fire forecast to spread north towards urban areas over the weekend.

‘The ACT is now facing the worst bushfire threat since the devastating fires of 2003,’ he told reporters on Friday. 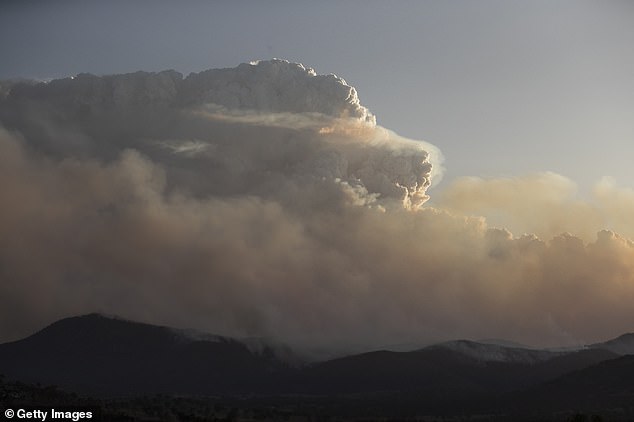 ‘The combination of extreme heat, wind and a dry landscape will place suburbs at Canberra’s south at risk in coming days.’

The out of control bushfires forced residents near Canberra to flee their homes as the first state of emergency in 17 years was declared in the nation’s capital.