BREAKING NEWS: Canberra becomes the first city in Australia to top 90 per cent double vaccinated for Covid INCLUDING 12 to 15-year-olds

Canberra has officially become the first city in Australia to top the 90 per cent double vaccination rate, including 12 to 15-year-olds who have got the jab.

‘It’s not a race, but we’re happy to take the crown and be the first jurisdiction in Australia to have more than 90 per cent (90.5%) of its residents aged 12+ who have received 2 doses of a COVID-19 vaccine.

The territory is leading the charge for the highest full and partial vaccination rate among the eligible population aged 12 and over of all the states and territories.

Canberra has officially become the first city in Australia to top the 90 per cent double vaccination rate (pictured, a young woman, 14, receives her first dose of Moderna) 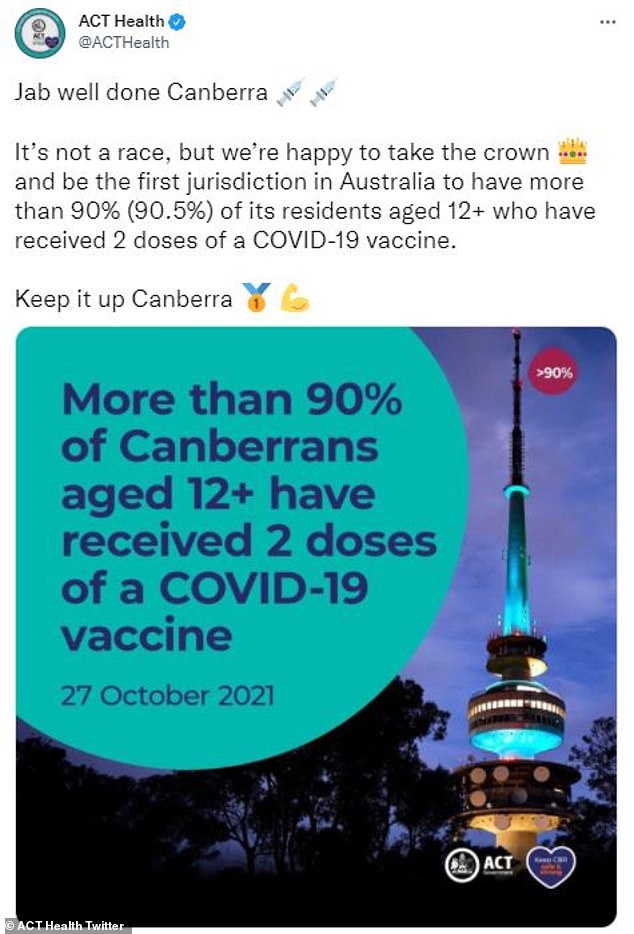 Canberrans can now boast they live in the most vaccinated jurisdiction in Australia, with the ACT hitting the 80 per cent double-dose rate back on October 18.

‘On our way to 99% fully vaccinated later in November,’ the ACT Chief Minister Andrew Barr posted to Facebook on Wednesday.

The chief minister has consistently praised Canberrans for their willingness for the jab and has linked the high vaccination rates to a decision to axe restrictions early.

The ACT announced vaccination appointments would be available for residents aged between 12 and 15 on September 13, after the vaccine was approved by ATAGI.

‘Canberrans should be really proud of how our community has worked together and given us the best opportunity to manage the expected increase in cases as the nation starts to reopen,’ Mr Barr said.

The ACT reported ten new cases of Covid-19 on Wednesday with 11 people currently  hospitalised with the virus and six patients in intensive care.

It comes as the third consecutive day of low case numbers amid fears low testing rates post-lockdown could mean mystery infections are lurking in the community.

Health officials remain concerned over lagging vaccination rates in areas such as Canberra’s inner-north and Oaks Estate southeast of the CBD, with pop-up Pfizer clinics deployed to those areas to boost jab rates. 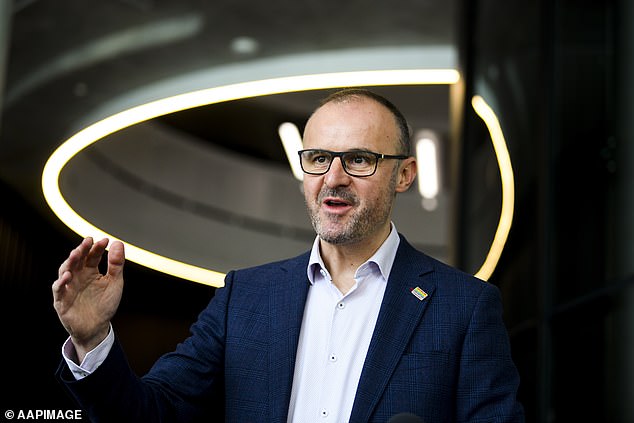 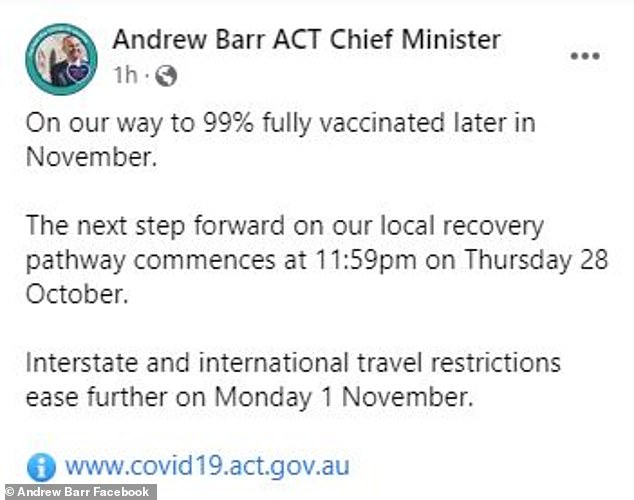 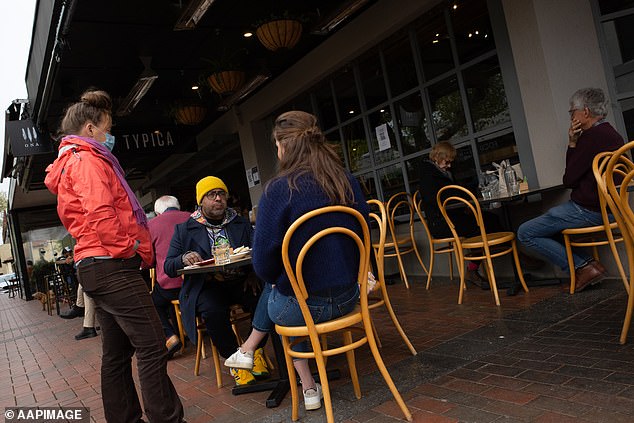 Theatres, cinemas, performance venues, galleries, museums and outdoor attractions in the ACT will reopen on Friday with restrictions on capacity (pictured, a cafe in Canberra)

Canberrans remain poised for a second round of restrictions to be eased on Friday, after the territory was released from a nine-week lockdown.

From Friday, face masks will no longer be required outdoors with 10 people allowed in homes and outdoor gatherings increased to 30 people.

Students who have not yet made their debut on campus, will so from next Monday.

Fully vaccinated ACT residents can also consider a holiday in South Australia after the state announced travel restrictions would be axed from November 23.

Interstate and international travel is due to commence from November 1.

New South Wales remains close on Canberra’s tail with 85.5 per cent of the eligible population aged over 16 double-dosed and 93.2 per cent single-dosed.

At current rates, NSW will be the next jurisdiction to hit the 90 per cent rate, followed by Victoria, Tasmania, South Australia, Queensland, Northern Territory and finally Western Australia. 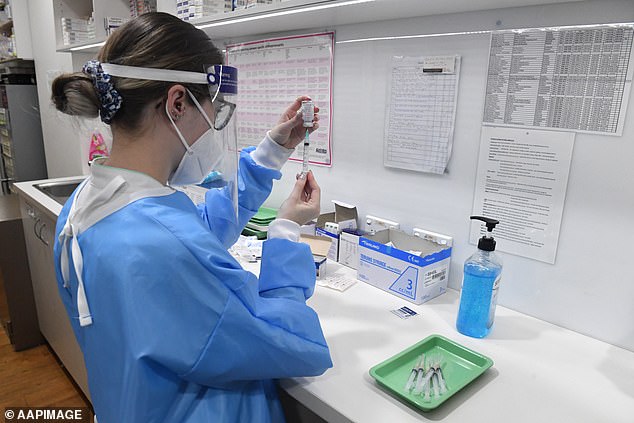 Canberrans can now boast they live in the most vaccinated jurisdiction in Australia (pictured, a pharmacist prepares a Moderna vaccine in Canberra)