Cancer con artist Belle Gibson has arrived at the Federal Court in Melbourne again amid claims she has secretly started up a new business.

Gibson has fronted court to answer questions about her failure to pay a $410,000 fine for conning Australians who fell for her lies.

It comes amid speculation from tech insiders that Gibson has started up a new digital agency specialising in web design and online marketing.

Gibson has been spotted enjoying gelato on trendy Smith Street, in Collingwood, not far from where she lives with her wealthy benefactor and IT consultant Clive Rothwell.

Cancer faker Belle Gibson arrives at the Federal Court in Melbourne on Tuesday morning to explain why she hasn’t paid back more than $410,000 owed to Australians she conned 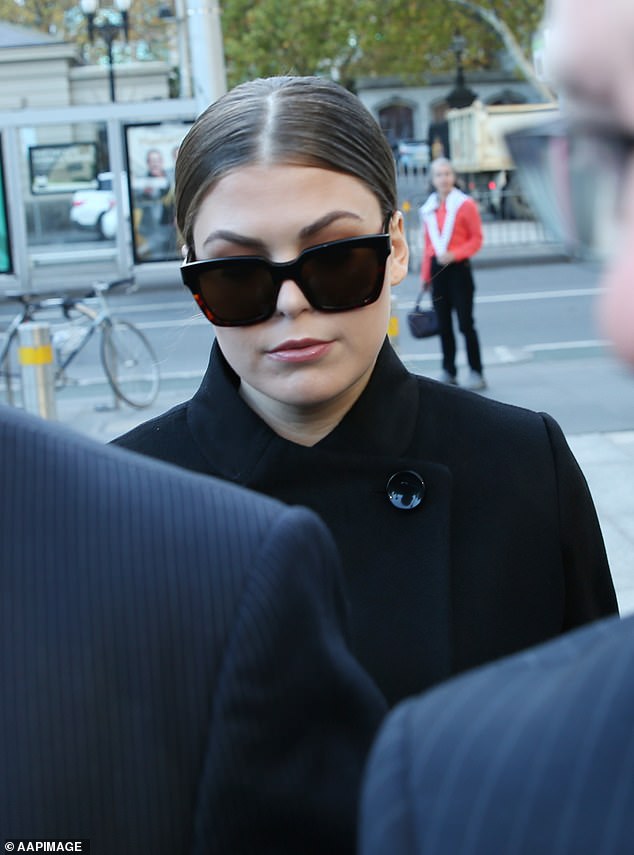 Gibson was apparently seen hanging about a tech show where experts were providing talks on new ways of doing business.

Gibson allegedly showed a great deal of interest in Voice UX – a technology that enables interaction between people and devices.

Her appearance did not go unnoticed by the IT crowd.

‘She was blithering on about it,’ the souce said. ‘She claimed to be running an agency,’ a source said.

Gibson has made no mention of operating any businesses to the Federal Court.

At a hearing in May, Gibson was forced to declare how much the clothes on her back were worth and who made them in a humiliating cross-examination.

She claimed she made some money through the online job finder app ‘Airtasker’. 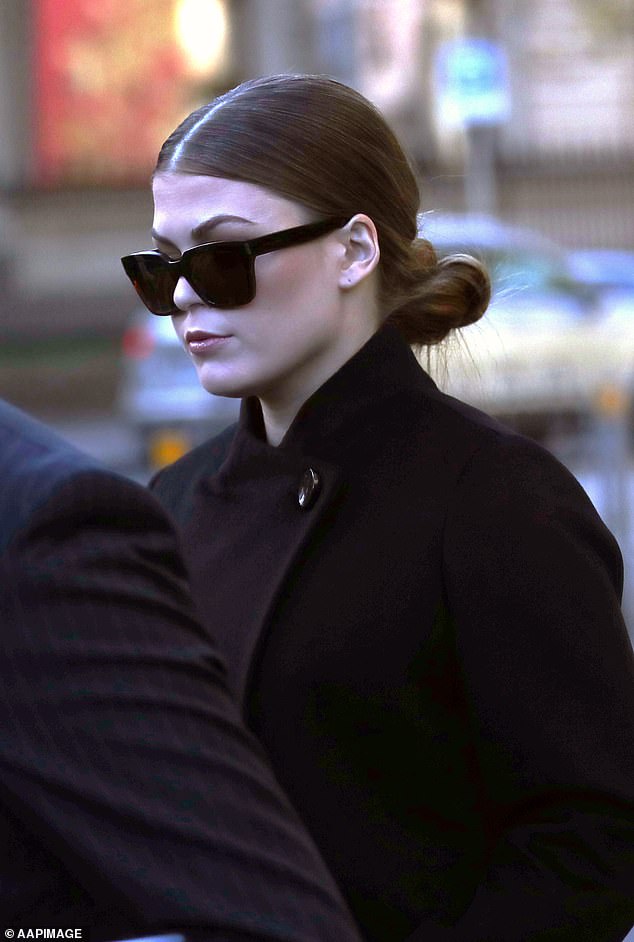 But she had not had any other paid work, apart from Airtasker, since her scamming job expired.

It was revealed Gibson had allegedly been dabbling in online gambling, cryptocurrency and stock futures while failing to pay her debts for duping Australians.

Gibson said she received no assistance from her family, she claimed.

Her sole income has come from government benefits, she said.

‘I am not receiving any income from cryptocurrency,’ she said.

Gibson said she did not even own a car and would use Mr Rothwell’s car on occasion and pay him fuel expenses as required.

She said she spends about $100 on food a week and also contributes to half of her utility bills.

The fake wellness guru was summoned to appear in the Federal Court for examination of her financial affairs following her non-compliance.

She has already been warned she faces jail time for failing to pay the penalty, imposed on her in 2017 by Federal Court Justice Debra Mortimer, for five breaches of consumer laws.

Gibson, who the court heard was paid $75,000 for an interview on Channel 9’s 60 Minutes program, took to the witness box at the Federal Court in Melbourne on Tuesday where she was grilled by barrister for Consumer Affairs Victoria Elle Nikou-Madalin about her failure to pay off her fine.

She asked Gibson what ‘labels’ she was wearing, which saw an objection brought forward by Gibson’s barrister.

Ms Nikou-Madalin said Gibson often put items on ‘After Pay’ and wished to clarify what she had been spending on fashion.

‘It could be revealing, it might go nowhere,’ she said. ‘My client is entitled to test that claim (that she can’t pay her bills).’

Gibson said she couldn’t remember when she purchased her black coat, but had bought her dress – valued at about $200 – in the last week and her shoes about five years ago.

‘The stockings I’m wearing I bought the other day,’ she said.

Gibson said she would would only wear ‘modest’ clothing.

But said she still dined out at restaurants and attended movies, but could not say how much she spent a week.

She said she’d spend about $300 a year on medical expenses and was covered by health insurance for dental expenses.

However, she revealed she suffered from back pain which required some treatment.

She did not currently outlay any cash on ‘mental health’, she claimed.

But Gibson said she needed to keep her garden tidy.

‘There is a requirement to maintain a garden – it was a request on behalf of the agent,’ she said.

Gibson took to the box amid accusations she had failed to provide a full account of her expenses over the past two years, or explain fully an international trip to Singapore.

The consumer watchdog has demanded Gibson fully account for exactly where she went on that trip and what it cost.

Gibson said she did not believe her cryptocurrency investments were an investment or asset so did not provide details of them.

She said she believed the information to ‘irrelevant’ to her predicament and therefore did not provide documentation on it.

May 2009: Gibson claims to have undergone multiple operations on her heart and also momentarily dying on the operating table

March 8, 2015: The Age releases an investigation into Gibson’s claims of donating proceeds to charity.

April 2015: Women’s Weekly publishes an interview with Gibson, where she declares ‘none of it’s true’.

May 6, 2015: Victoria’s consumer watchdog launches legal proceedings against Gibson’s false claims of defeating cancer by way of a wholefood diet.

The scammer claimed she booked a return flight to Singapore from Melbourne with her son, which was a stop-over on a further flight.

Gibson claimed she did not have further documentation on the full extent of the journey.

‘I would argue that I did not destroy it,’ she said. ‘They were thrown out.’

Gibson said she rented in Elwood before moving to Northcote in 2015.

Gibson, who was pictured by Daily Mail Australia leaving her home last month, said she now pays the rent on her Northcote home month-to-month, which is paid for largely by her ‘friend’ Clive Rothwell.

‘The lease is expired,’ she said. ‘I contribute when I can … it varies.’

Gibson said while she would like to pay half of her rent, she often could not meet the bill.

‘I’m not aware of the exact amount I owe him,’ she said.  ‘There is no record as such.’

Gibson said Mr Rothwell paid for the bills out of the kindness of his heart, and she was not romantically involved with him.

Gibson claimed she did not know what Mr Rothwell did for a living or what he earned. 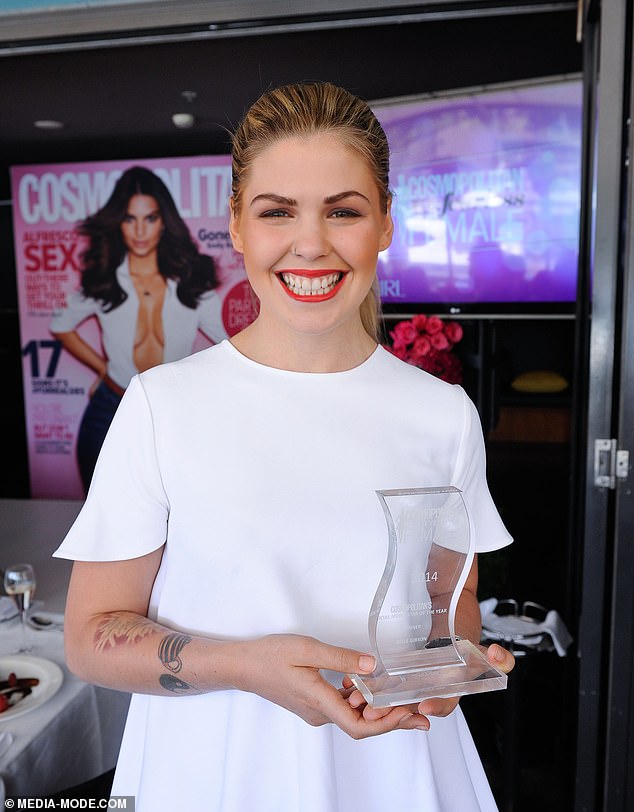 In happier times: Belle Gibson accepts her 2014 Social Media Star of the year award at the Cosmopolitan Fun Fearless Female Awards. Gibson had pretended to cure herself from cancer with bogus claims of healthy living

At her previous hearing, Gibson was overheard declaring the interest in her case was ‘sad’.

‘I think it’s sad that the media have been reduced to covering stories like this they should be covering more important things,’ she said.

Inside, her barrister Andrew Tregardh told the court he hoped the matter could be dealt with today.

‘My client doesn’t have unlimited resources to pay for lawyers to assist her in this endeavour,’ he said. ‘She can’t afford to come back.’ 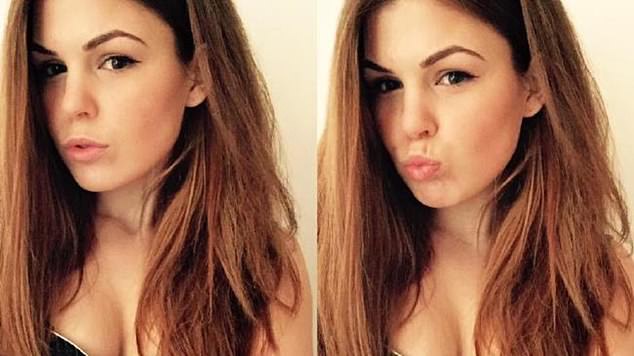 Belle Gibson used to be a social media darling and often took to Facebook and Instagram to glam it up.

Gibson has provided the court with a folder of bank statements in answer to a summons by the court.

However barristers acting for the consumer watchdog said it would not agree to have the matter finalised without properly reading all materials supplied.

‘Of course my friend would say there is nothing to say here,’ Ms Nikou-Madalin said.

In February, Gibson came under fire after she allegedly spent $15,000 on a luxury African safari instead of paying her fine.

Gibson was spotted by reporters at Melbourne Airport after a five-week jaunt to East Africa with her fiancé Clive Rothwell and nine-year-old son Oliver.

In court, she said Mr Rothwell ‘gifted’ her thousands of dollars to pay for the trip.

Gibson had claimed she had brain cancer and healed herself with natural remedies, including diet and alternative therapies.

She also lied to well-meaning consumers that she would donate money from her Whole Pantry app and book sales to various charities, including a boy with inoperable brain cancer.

She was just 21 in 2013 when she launched her Whole Pantry mobile app, which was reportedly downloaded 200,000 times within its first month.

Apple went so far as to offer that the app be made a default pre-installed inclusion on the Apple Watch. It was even included in promotional material.

Justice Mortimer warned Gibson in November failure to pay the penalty would make her liable for jail, property seizures or other punishment.

The judge scathingly described the fraudster as having a ‘relentless obsession with herself’ when she handed down her penalty in September, 2017.

Justice Mortimer said Gibson not only tried to garner sympathy for her own claimed cancer, but promoted herself as generous and selfless so people would buy her products.

The judge said her failure to apologise or attend any of her court hearings demonstrated how she placed her own interests ahead of others. 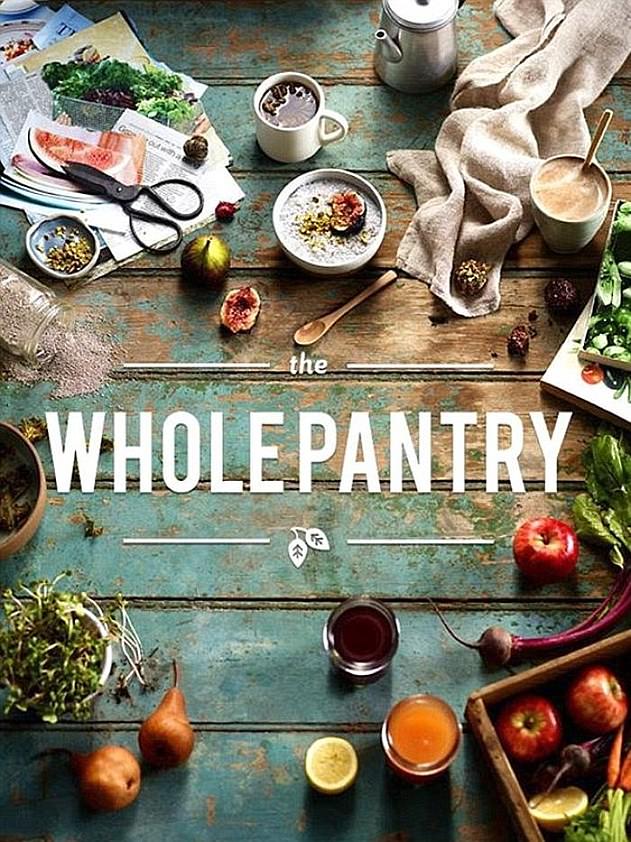 Belle Gibson’s Whole Pantry app was heavily promoted by Apple. The app was dumped when the truth of Gibson’s lies became public. Gibson had tried to convince Australians she had defeated cancer with her healthy diet

‘I understand Ms Gibson may not want to face the media again, but that interest comes second,’ Ms Nikou Madalin said.

But Mr Tregardh said it was ‘outrageous’ for the matter to be put off and that Gibson would seek costs should it be adjourned.

He claimed the consumer watchdog could have requested Gibson’s paperwork – about two years of bank statements – anytime it wanted.

But Ms Nikou-Madalin said Gibson had hardly been helpful during the process.

‘We didn’t know until we rocked up today what she was going to produce, if anything at all.’