A 25-year-old cancer patient is calling for cervical screening to start at the age of 18 after she was diagnosed three weeks before her first appointment.

Amy Anderson, from Gateshead, was diagnosed with cervical cancer in March this year having just become eligible for a smear test.

She had been experiencing abdominal pain, fatigue and passing blood clots, but claims she was reassured it wasn’t serious.

Eventually, she was referred to a gynaecologist when a nurse flagged something must be seriously wrong.

A week later, she was told she had an advanced form of the disease caused by the HPV virus.

Miss Anderson froze her eggs in the hopes of one day becoming a mother, before enduring eight weeks of treatment.

Amy Anderson, from Gateshead, is calling for the age of cervical screening to start at 18 after being diagnosed three weeks before her first appointment at the age of 25 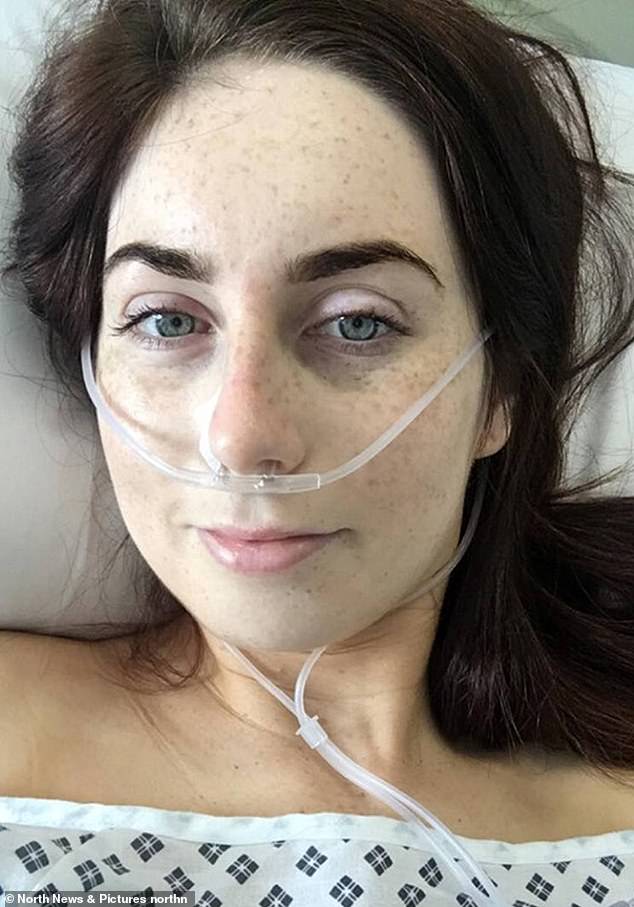 Miss Anderson was diagnosed with an advanced form of the disease in March this year three weeks before she was eligible to have a smear test. Pictured having treatment 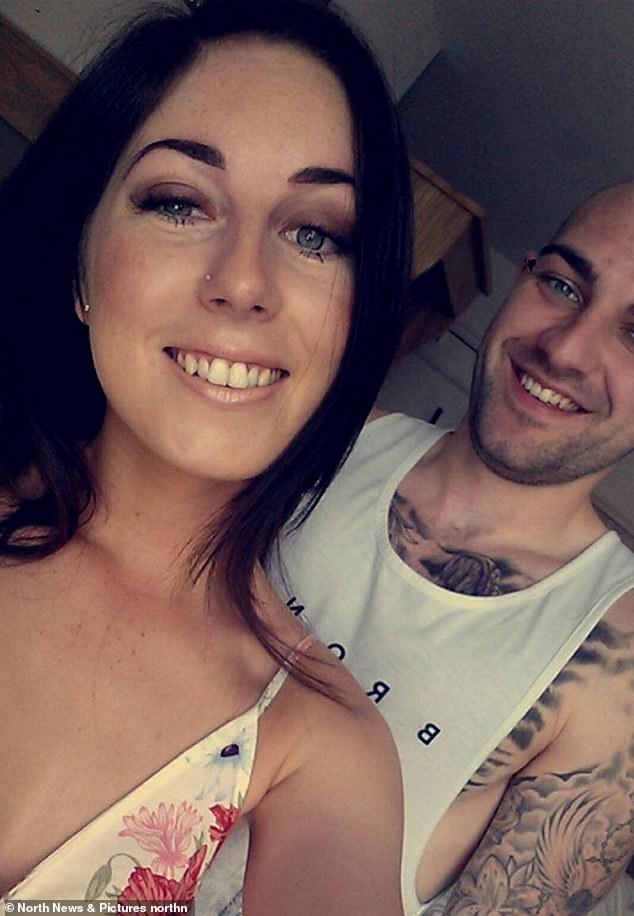 Miss Anderson, pictured with her partner, Gareth Wilson, 25, froze her eggs before having eight rounds of chemotherapy and radiotherapy

She said: ‘Cancer isn’t waiting patiently for you to turn 25. If I’d had the smear test when I was younger I may not be at the stage I am now.

‘I think people feel they don’t need to think about it until they are 25-years-old.

‘But it’s not like it can’t happen before then. Lowering the age women are offered the smear test could save the lives of countless women.’

A smear test detects abnormal cells on the cervix, which is the entrance to the uterus from the vagina, and can lead to further investigations.

Women are invited to have them from the age of 25 – but Miss Anderson said this should be lowered to 18.

There are roughly 3,200 cases of cervical cancer diagnosed every year, according to Cancer Research, and 854 deaths.

Almost 100 per cent of cases are preventable with screening, vaccinations and contraception to avoid infections.

Miss Anderson, a paralegal at the time, decided to go to the walk-in medical centre in late February.

She had already tried to book a doctor’s appointment after suffering with symptoms that had persisted for a couple of weeks.

But she claims she was told by her GP’s receptionist it was ‘not necessary’, and when she called 111 she was advised to ‘get some sleep and take some paracetamol’.

Miss Anderson said: ‘I thought I was being stupid.

‘But after I went to the walk in centre I started to get the feeling something was wrong straight away.

‘The nurse was asking me questions and I was answering yes to all of them.

‘I was referred to the gynaecologist down the corridor. I didn’t have to wait at all. That started alarm bells because I usually have to wait hours. 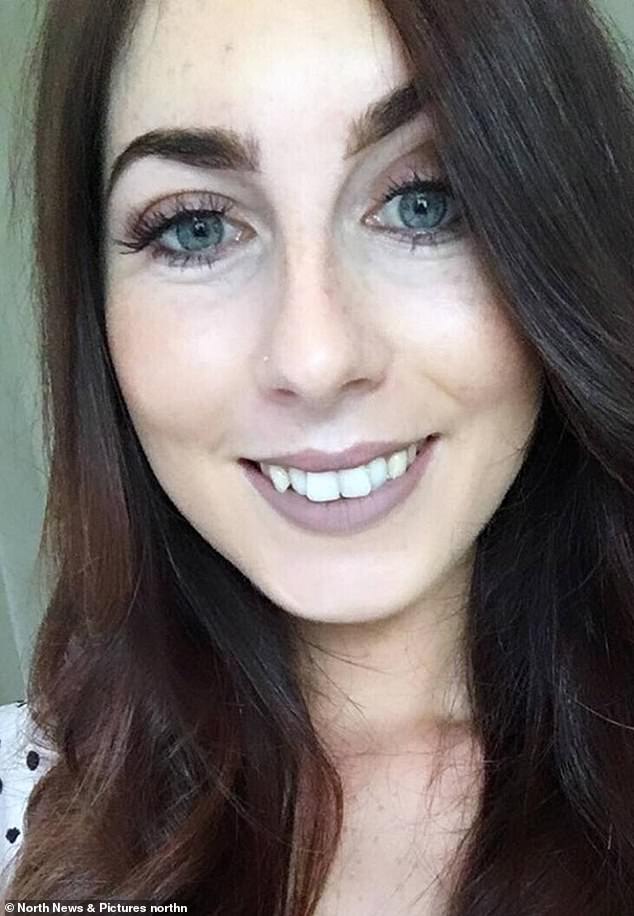 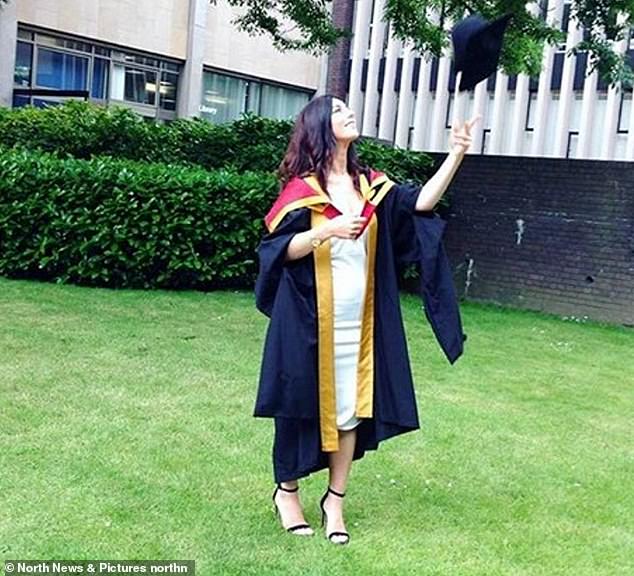 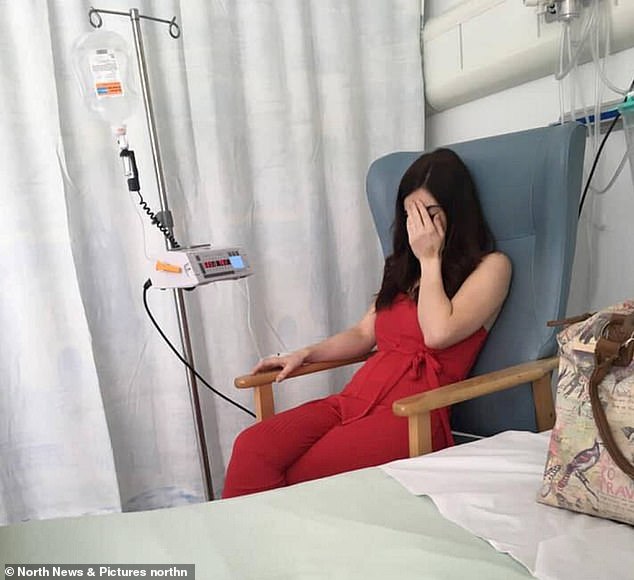 Miss Anderson was diagnosed with cervical cancer at Stage 2B cervical cancer, meaning it had spread outside her cervix to surrounding tissue. Pictured in hospital

HPV can also cause cancers of the throat, neck, tongue, tonsils, vulva, vagina, penis or anus. It can take years for cancer to develop.

Miss Anderson was referred for a biopsy and a week later she was given the news she had been dreading.

It was caused by the human papilloma virus (HPV), a group of viruses that are extremely common.

Two HPV types of hundreds cause 70 per cent of cervical cancers and pre-cancerous cervical lesions. These are type 18 and 16 – the latter caused Miss Anderson’s.

She said: ‘I didn’t cry, I felt numb. I think everyone thinks the vaccine is a cure.

‘I think people think that the vaccine will prevent it but that’s not the case.’

The NHS states that the HPV vaccine – given to all schoolgirls aged 12-13 years – protects against HPV infection for at least ten years.

But because the HPV vaccine does not protect against all types of HPV that can cause cervical cancer, women must also have regular cervical screening once they reach the age of 25.

Miss Anderson has just finished an eight week course of chemotherapy and radiotherapy treatment at the Freeman Hospital in Newcastle and will find out in three months what the result is.

Miss Anderson, who lives with her partner Gareth Wilson, 25, made the decision to freeze her eggs beforehand, because radiotherapy affects the womb and may stop the ovaries working.

She hopes to begin work as an immigration case worker, having passed her law exams just before her diagnosis.

She said: ‘It was so difficult to make decisions about my treatment at such a young age. 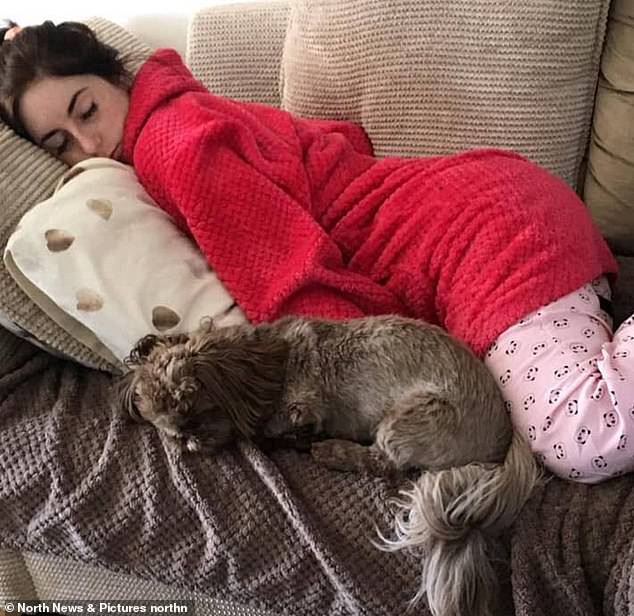 Miss Anderson, pictured in June, had been experiencing typical symptoms of cervical cancer including pain, fatigue and passing blood clots for around a month before her diagnosis 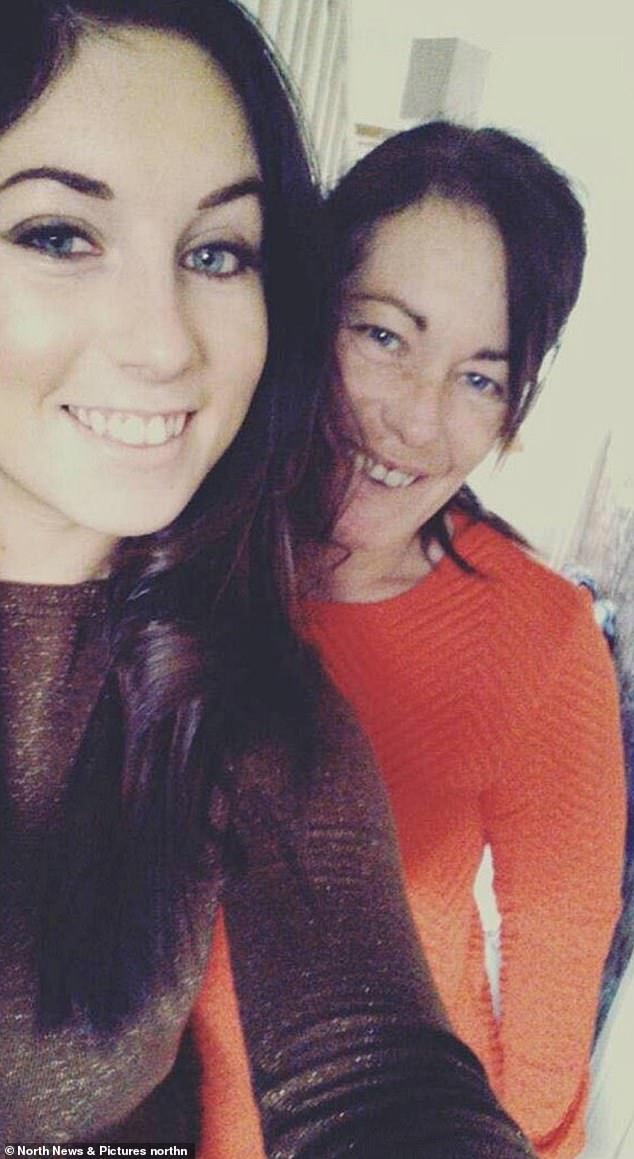 Miss Anderson said lowering the age of smear tests would make a huge difference and could save lives. She is pictured with her mother, Amanda Hope, 45 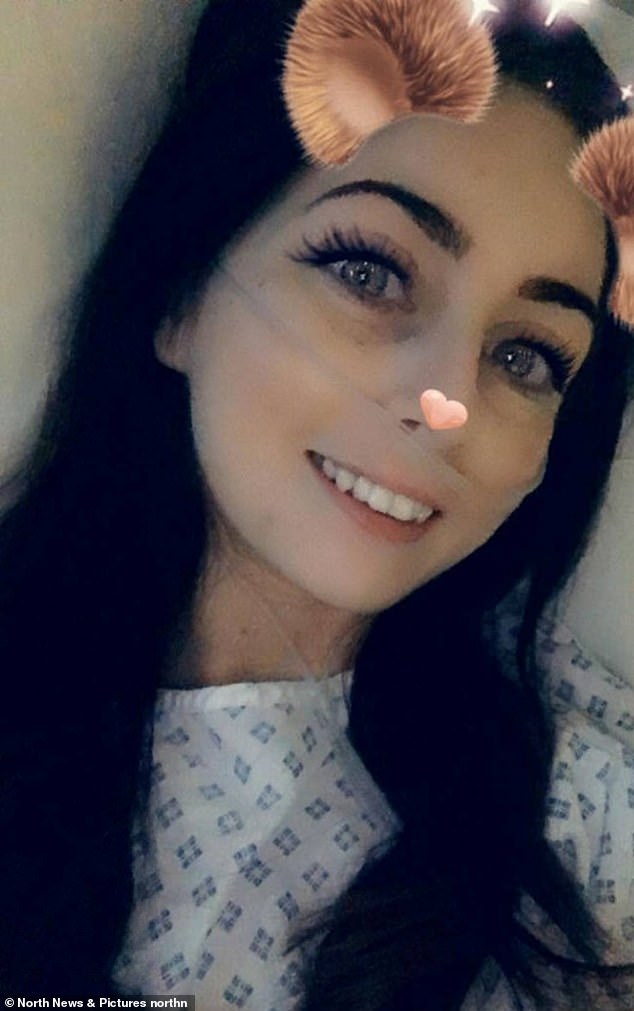 Miss Anderson’s cancer was caused by the human papilloma virus (HPV), a group of viruses that are extremely common and cause 99 per cent of cervical cancers

‘I got over my fear of needles quite quickly. You amaze yourself how much you can overcome. I’m not going to let this ruin my life.

‘I can kick, I can scream, I can cry but it’s not going to change the fact. I just want to get on with it.

‘It’s really important for me to be as positive as I can and do all I can to raise awareness of the importance of smear tests. Lowering the age would make such a huge difference.’

Miss Anderson posted about her diagnosis on Facebook and the post was shared over 3,300 times with many people messaging her to say they’d booked a smear test immediately after reading it.

She said: ‘I want people to know this is real, this happens.

‘I want them to see the reality of what is happening to me and for them to go to their smears.’

Although smear tests are used to pick up on early signs of problems which may develop into cancer, they do not diagnose cervical cancer.

If a woman is worried they already have the disease they should speak to a GP, who can refer them for a full gynaecological exam which can detect it.

Around one in 20 women show abnormal changes to the cells of their cervix and should be referred for a more detailed colposcopy to determine whether any cells on the cervix need removing.

About four out of ten women who have a colposcopy have a normal result.