A key contender for the National Party leadership showdown to replace former leader and Deputy Prime Minister Barnaby Joyce has withdrawn because he ‘doesn’t have the numbers’.

Dr David Gillespie, the member for Lyne in NSW, withdrew from the leadership on Sunday, leaving only Veterans’ Affairs Minister Michael McCormack vying for the top job.

Mr Joyce quit the leadership on Friday after allegations of sexual harassment and revelations of his affair with former staffer Vikki Campion, with whom he is expecting his first son. 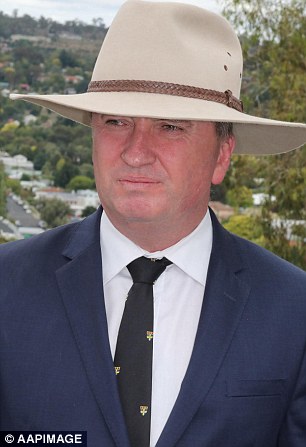 Dr David Gillespie (left)  has dropped out of the National Party leadership battle to replace former Deputy Prime Minister Barnaby Joyce (right), claiming he ‘doesn’t have the numbers’ to be successful

But McCormack may face a last minute challenge from Queensland Agriculture Minister David Littleproud, with colleagues reportedly urging him to put his hand up for the top job.

‘Conventionally around leadership, there usually isn’t a vote,’ she said.

‘Deputy leadership positions are obviously hotly contested, but convention has been in previous times that we have only ever had one candidate.’

Up against Barnaby Joyce in his last run for the leadership, McCormack received 10 out of 21 votes, making him the front runner in his current attempt. 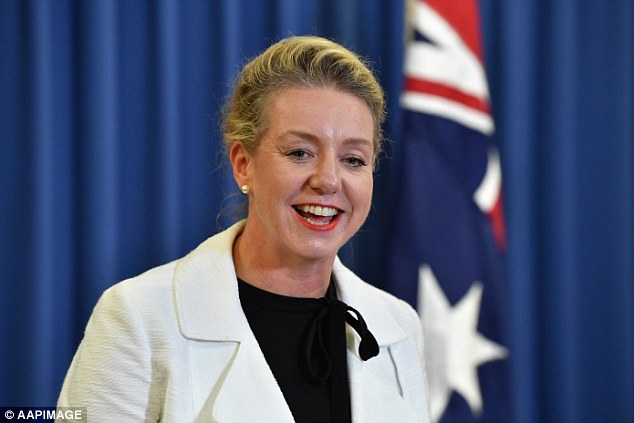 The Veterans’ Affairs minister has been forced to apologise throughout his career for a country newspaper editorial he penned in 1993 describing homosexuals as ‘sordid’ and blaming them for AIDS.

‘The apologies Mr McCormack made in the past are welcome but given the hatefulness of what he said, and the high office he may step in to, he needs to walk the talk,’ Mr Croome told AAP on Sunday.

‘He needs to get behind initiatives that will reduce the unacceptably high levels of LGBTI isolation, prejudice and suicide that still exist in some parts of rural Australia.

‘He needs to heal the wounds caused by the kind of prejudices he publicly expressed in the past.’ 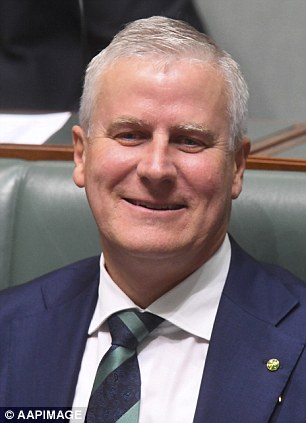 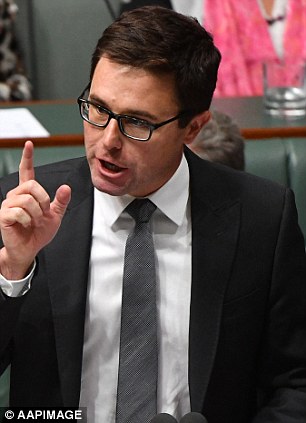 Deputy Leader of the House of Representatives Michael McCormack from NSW (pictured left) is the favourite, while colleagues of Queensland Minister David Gillespie (pictured right) are urging him to run

‘If you’re in public life you have to expect to be subjected to that kind of scrutiny,’ she told AAP.

But Ms Forster acknowledges the editorial was written a long time ago.

‘He’s said he doesn’t hold those view anymore and you’ve got to take that at face value,’ she said on Sunday, adding the Riverina MP ‘did the right thing’ by not opposing same-sex marriage reform in late 2017.

During the gay marriage debate, Mr McCormack once again apologised for the 1993 editorial in Wagga Wagga’s Daily Advertiser.

‘I have grown and learnt not only to tolerate but to accept all people, regardless of their sexual orientation, or any other trait or feature which makes each of us different and unique,’ he said in a statement in August. 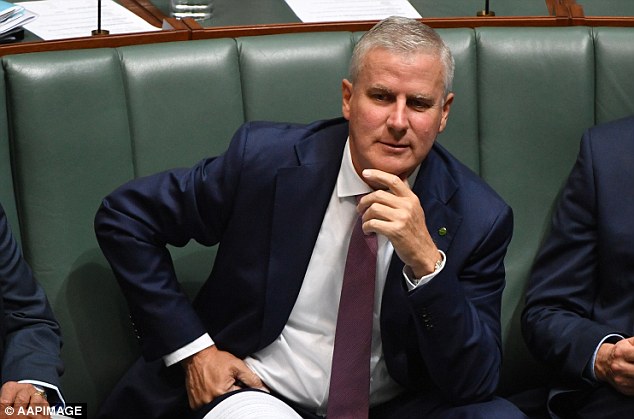 The Turnbull government is hoping to move on from the Barnaby Joyce affair when parliament resumes on Monday.

The Prime Minister is on a high after his trip to the United States where he met US President Donald Trump with wife Lucy, state Premiers and business leaders.

A new poll released on Sunday showed support for the Coalition had decreased by only one per cent to 33, while Labor’s increased by one point.

The Opposition is not expected to let the scandal of the past fortnight fall by the wayside though, with ministers expected to use recent comments from former Prime Minister Tony Abbott to their advantage.

The former Prime Minister used the parliamentary break to criticise ministers over their support for higher migration, and says the Joyce affair has been poorly managed ‘at the most senior levels of government’.