Maybin had three hits and Cano drove in two runs and scored twice. The Mariners scored seven times in the second inning, helped by four walks from Martin Perez (2-7) and a three-run error by right fielder Nomar Mazara.

Perez had allowed two runs when he was replaced by Jeffrey Springs with two outs and the bases loaded. Jean Segura hit a flyball and it looked as if it would be an easy catch for Mazara at the front of the warning track, but the ball skipped off the top of his glove, clearing the bases to make it 5-0. A single by Cano and a double by Nelson Cruz accounted for the final two runs of the inning.

Seattle added two runs in the third on a double by Maybin and a single by Cano that made it 9-0. Maybin had an RBI double one inning later and a two-run single in the eighth.

Robinson Chirinos hit a two-run homer and the Rangers scored four runs off Wade LeBlanc (9-5) in the fourth. He gave up two more runs in the fifth.

Adrian Beltre doubled to right-center in the Texas fourth inning the 1,705th RBI of his career, moving him ahead of Frank Thomas and alone in 21st place on the all-time list. Cano’s double in the sixth tied him with Lou Gehrig for 40th on the all-time list at 534.

The Rangers purchased the contract of RHP Brandon Mann from Triple-A Round Rock. The move will give the Tacoma, Washington, native a chance to pitch in front of his friends and family. Mann will work out of the bullpen this week. He appeared in six games for Texas this year, posting a 6.14 ERA in 7 1/3 innings of relief.

Mariners: 2B Dee Gordon was not in the lineup for the third consecutive game after fouling a pitch off his foot Tuesday night. “We’ll wait and see,” manager Scott Servais said. “I wanted to give Dee a couple of days off and we’ll see if he’s able to go (Saturday) night.”

Rangers: RHP Adrian Sampson (0-2, 4.96 ERA) will make his fourth start, going against his former teammates for the first time. Sampson made one start for the Mariners in 2016, taking the loss in Boston when he allowed four runs on eight hits in 4 2/3 innings. Sampson, 26, is a Seattle-area native who attended Skyline High School in Sammamish, Wash. He missed his senior season after having Tommy John surgery in 2009.

Mariners: LHP James Paxton (11-6, 3.85 ERA) will make his 28th and final start of the season. Paxton already has pitched more innings than any season of his career, but he’s hoping to go at least 5 2/3 innings to reach 160 for the year. A win also would tie his career high of 12 last season. Servais announced that LHP Roenis Elias will start the season finale Sunday. 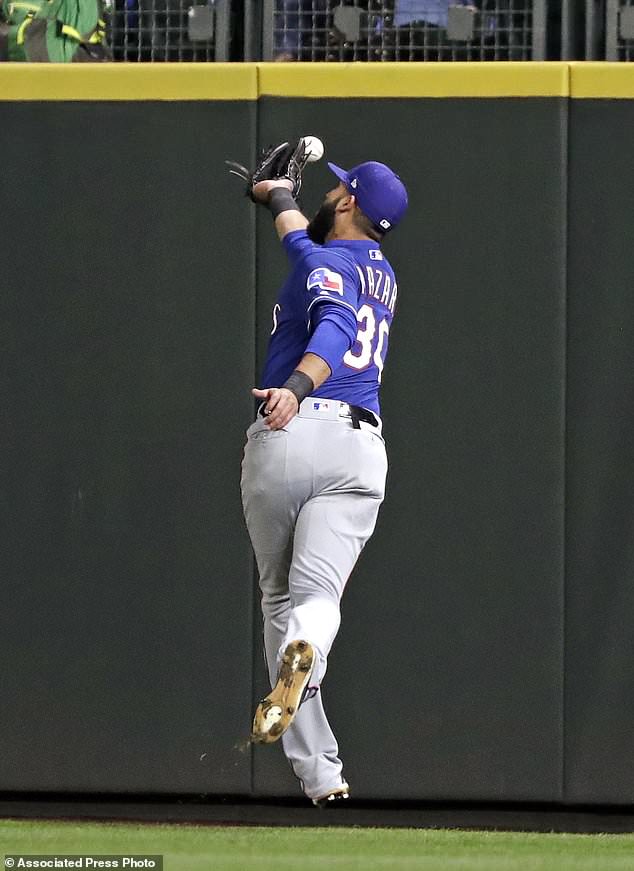 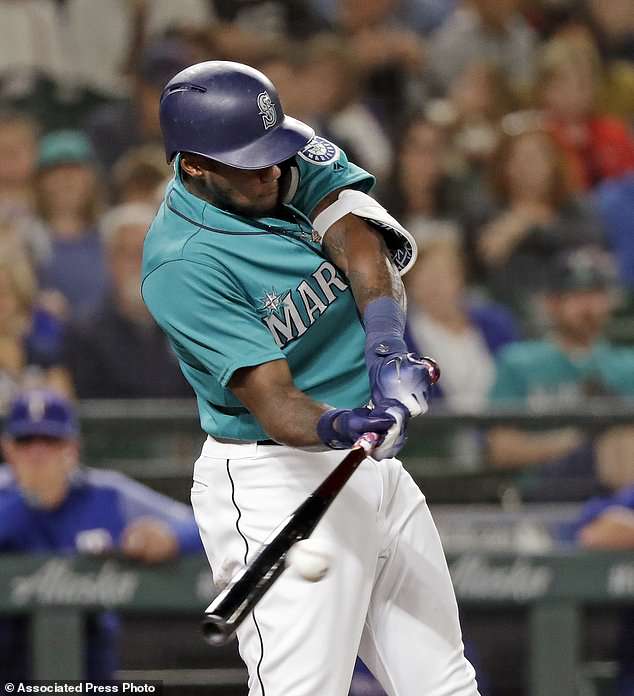 Seattle Mariners’ Cameron Maybin singles in a run against the Texas Rangers during the second inning of a baseball game Friday, Sept. 28, 2018, in Seattle. (AP Photo/Elaine Thompson) 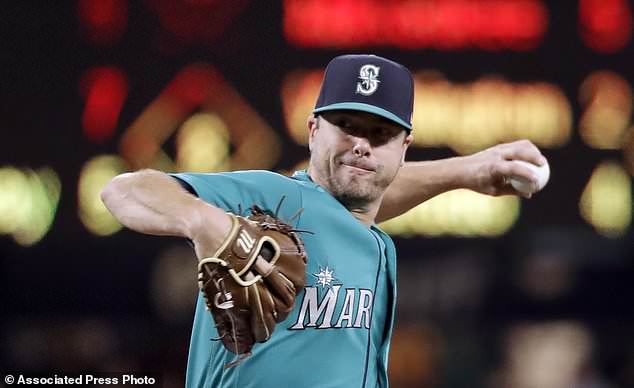