Police seize a record breaking 9.5 TONNES of cocaine from a Russian ship in Cape Verde

Police in Cape Verde have seized nearly ten tonnes of cocaine and arrested 11 Russians in the largest single drug haul in the island country’s history.

The 9.5 tonnes of cocaine were seized overnight from the ship which was travelling to Morocco from South America.

That tonnage of cocaine would have a UK street value of approximately £850million, but in reality would have sold for a total far greater than that after being cut many times in the distribution process.

It docked at the island’s capital and primary port, Praia, for legal reasons following the death of a crew member, the judiciary police said in a statement.

The 9.5 tonne seizure was the biggest in the history of the West African island’s police force

Eleven people have now been arrested, all of whom were Russian nationals, the police said

Photos provided by the police on Friday showed dozens of brick-like packages wrapped in plastic and cloth sacks at the port.

The police said they were alerted by the Maritime Analysis and Operation Center – a platform coordinating the anti-drug trafficking actions of seven EU states – who suspected the ship of transporting illicit substances.

The 11 arrested were Russian nationals.

The use of hard substances like cocaine, heroin and amphetamines is rising in West Africa, where countries that once served primarily as transit points for trade between South America and Europe are now active consumer markets. 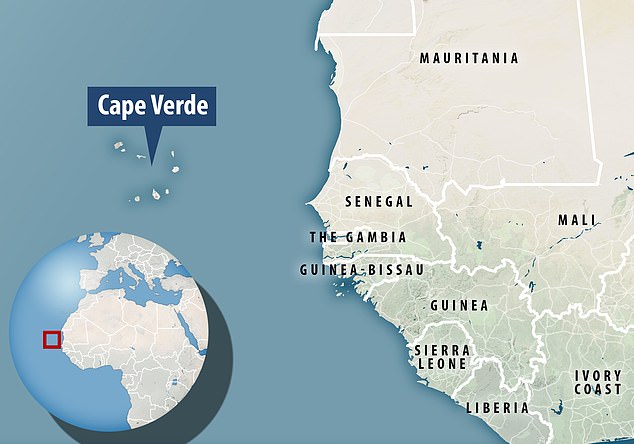 Despite strict drug laws, the quantity of cocaine seized in Africa doubled in 2016, according to the U.N. Office on Drugs and Crime (UNODC), making it the second-highest growth in cocaine seizures after Asia.

In Cape Verde, authorities intercepted 1.5 tonnes of pure cocaine destined to the European market in 2011, and seized 280 kilograms of the drug from a Brazil-registered fishing vessel in 2016 as it prepared to transfer its load to a U.S.-flagged yacht.

Global cocaine production reached 1,125 tonnes in 2015, said the UNODC, of which a record of 864 tonnes were seized that year. (Reporting by Julio Rodriges; Writing by Sofia Christensen; Editing by Edward McAllister and Toby Chopra)