Captain Sir Tom Moore recalls his travels – his love for Yorkshire, India and Menorca and how driving Route 66 in a Bentley is a dream trip (he has tips for dealing with mosquitoes, too)

He talks about serving in Burma during World War II, visiting Nepal to see Everest when he was in his 90s — and more.

Going to wonderful Whitby in Yorkshire as a boy in the 1930s and staying in a little boarding house. It was a 90-mile car journey and took three hours in our Rover 8.

Travelling to Switzerland at the age of 18 with my late Uncle Arthur, such a lovely man.

ANY TIPS ON DEALING WITH MOZZIES?

It was hard to avoid them when I was in the Fourteenth Army in Burma during World War II, but malaria tablets, mosquito nets and a good slap helped keep the little beggars at bay.

I went to Darjeeling and Kashmir by train while on leave to see Dal Lake by Shalimar Gardens because of a popular song, and had a holiday romance — quite something during the war.

DID YOU SEE MUCH OF INDIA DURING WORLD WAR II?

Yes, quite a lot. I got to visit Bombay, Calcutta and Madras, which helped sow a lifelong interest in the Indian subcontinent.

HAVE YOU BEEN BACK SINCE THEN?

Yes, three times. I’ve visited India twice and went to Nepal to see Everest when I was in my 90s — the trip of a lifetime.

I’d love to drive the length of Route 66 in America in a Bentley.

Going to Cape Town with my daughters Lucy and Hannah ten years ago. The city has such a wonderful natural setting, not to mention attractions such as Table Mountain and Cape Point.

We once hired a campervan for a family holiday, but it was damp and musty inside. It was also a long way from the loos — you had to jump in the car each time you wanted to spend a penny. 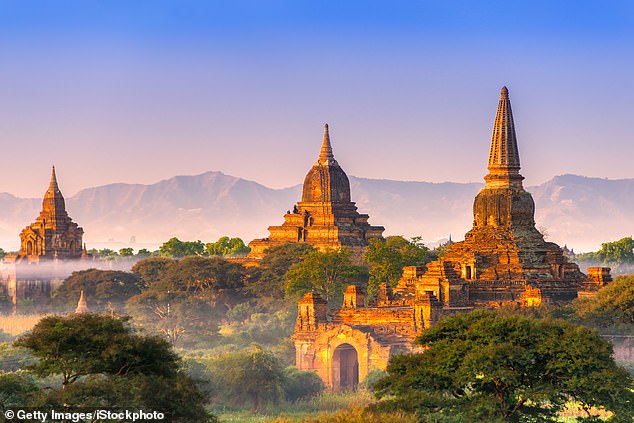 YOU’VE LIVED IN SPAIN — ANY TIPS?

Yes, winters in Spain can actually be quite cold and the buildings aren’t designed for such weather — so if you visit during the winter months be sure to pack an extra jumper or two.

FAVOURITE PLACE IN THE UK?

My home county of Yorkshire — I have so many happy memories of the Dales, riding my bicycle and exploring the beautiful countryside.

WHEN DID YOU LAST TRAVEL ABROAD?

I spent two weeks at a villa in Menorca with my daughter Hannah and her family in July 2015. We relaxed on the beach, did a bit of sightseeing and tried the local cuisine. Bliss!