As Hurricane Irma continues to rampage its way towards Florida, residents of the Sunshine State are trying to get out of dodge in hurry.

That was proven by images caught on flightradar24.com, which showed hundreds if not thousands of flights deserting the state as experts say they expect the Category 5 hurricane to hit the US mainland over weekend.

Just hours later, the site showed a much different story, with air traffic dramatically thinning out. 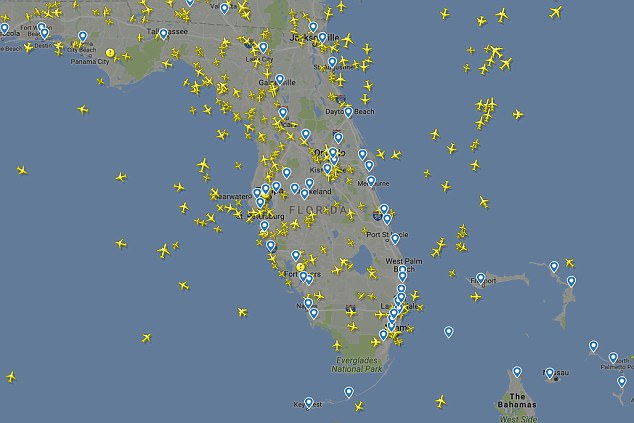 Just hours later, the site showed a much different story, with air traffic dramatically thinning out

Officials estimate that more than a million people have already fled its path and abandoned their homes.

Meteorologists expect the powerful storm to hit Florida between 5am and 7am ET on Sunday.

‘Obviously Hurricane Irma continues to be a threat that is going to devastate the United States,’ Brock Long, administrator of the Federal Emergency Management Agency (FEMA), said at a press conference Friday morning. ‘We’re going to have a couple rough days.’

Government officials along with the National Hurricane Center have cautioned that Irma is ‘extremely dangerous’ with maximum sustained winds of 155 mph. That’s strong enough to bring down power poles, uproot trees and rip the roofs off of homes. 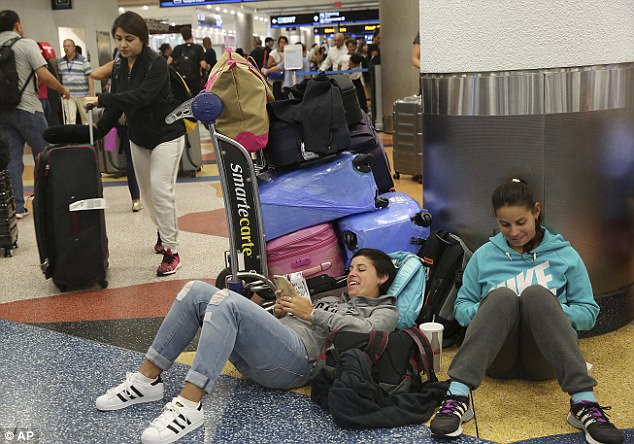 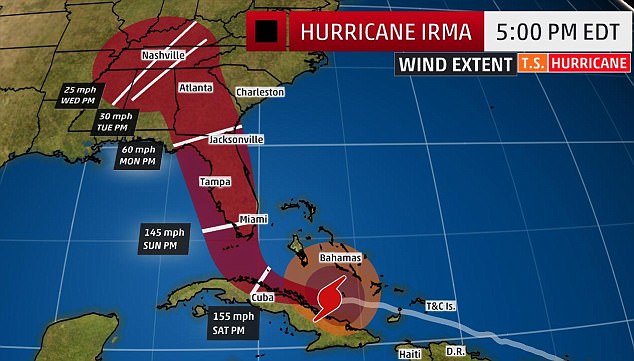 Hurricane Irma has already killed 18 as it smashed through the Caribbean, destroying billions of dollars worth of property and infrastructure

In preparation for what is predicted to be the most powerful hurricane to hit the United States in years, an estimated 1.4 million people have been given mandatory evacuation orders in both Florida and Georgia.

The hurricane has already smashed homes, schools, stores, roads and boats in the Caribbean, leaving at least 18 dead in its wake.

The hurricane took a particularly heavy toll on the French-Dutch island of Saint Martin, which left much of the tiny island’s infrastructure in shambles after Irma made landfall there on Wednesday, packing winds of up to 185mph.

While Irma continues to wreak havoc in the Caribbean, before making the dreaded turn towards Florida this weekend, and then Georgia early next week, Hurricane Jose is now following close on its heels.

On Friday, Jose strengthened into a Category 4 hurricane in the central Atlantic. A hurricane watch is in effect for Antigua, Barbuda, Anguilla, Dutch Sint Maarten, French Caribbean Saint Martin and St. Barthelemy. 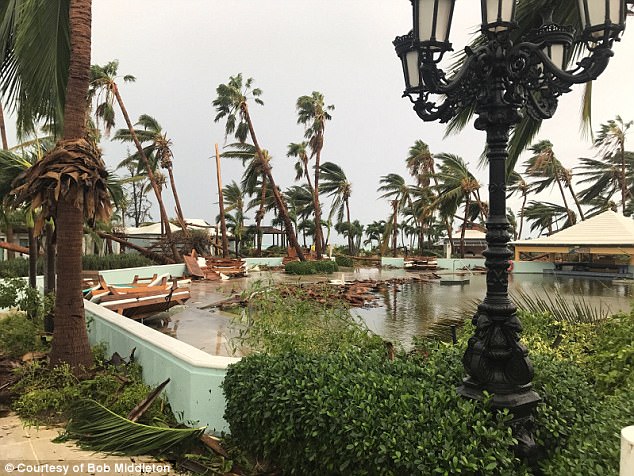 Hurricane Jose, which officials upgraded to a Catergory 4 storm on Friday, is now following close on its heels