At least 10 people have been killed and more than 11 injured after Mogadishu was rocked by two bombs in quick succession, according to reports.

The first explosion was a suicide car bomb which detonated outside a Mogadishu hotel, where gunfire broke out inside the building.

Gunshots could be heard ringing out inside the Nasahablod Two hotel, the site of the first explosion where the bomb exploded near its gate, police captain Mohammed Hussein said.

Speaking of the first explosion, police officer Major Abdullahi Aden told Reuters the car bomb said: ‘They are fighting inside.’

He added: ‘It is a busy hotel frequented by lawmakers, (military) forces and civilians.’

The second blast occured at a nearby intersection as a minibus loaded with explosives went off.

A huge plume of smoke could be seen rising in the air with initial reports claiming the blast happened near the national theatre.

Scroll down for more video 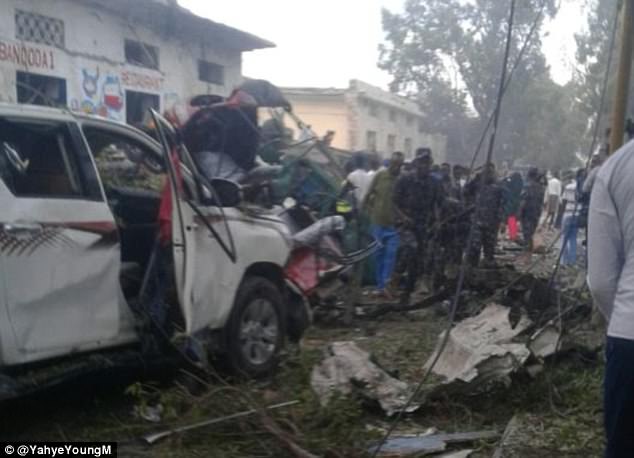 A suspected car bomb has exploded outside the Nasa-Hablod hotel in Mogadishu, Somalia 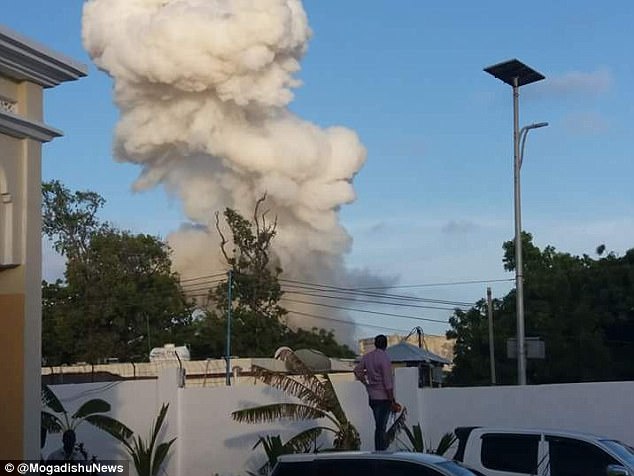 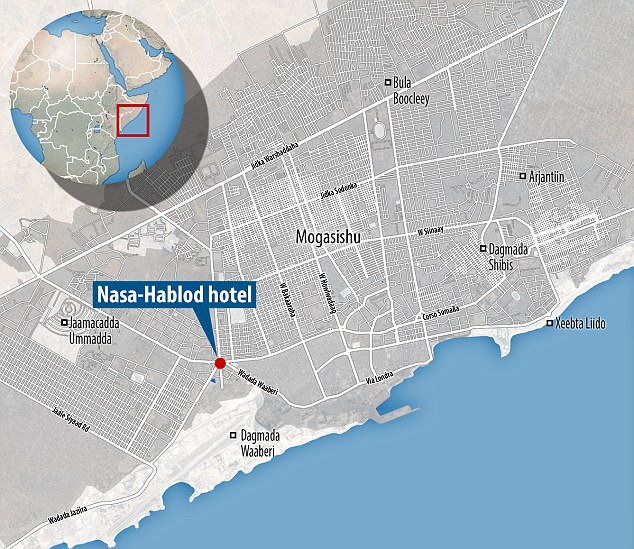 The first bomber is believed to have driven up to the gates of the hotel, which is close to the presidential palace, and detonated the bomb at around 5pm local time.

The blast comes just two weeks after 350 people were killed on the streets of Mogadishu when a truck bomb exploded in the city’s worst ever terror attack.

And the Nasa-Hablod hotel was targeted just last year, when al-Shabaab gunmen stormed the building, killing at least 14 people and injuring another 25.

Terror group Al-Shabab, which has links to al-Qaeda, often targets high profile areas in the city. There was no immediate claim as to who was responsible for the blast.

President Mohamed Abdullahi Mohamed has been appealing to neighbouring countries in a bid to drum up support in the fight against the Islamic extremist terror cult.

A staggering 22,000-strong African Union force is expected to withdraw its forced and hand the country’s security to the Somali military by the start of 2021.

The US has been actively involving in trying to combat the group, launching 20 drone strikes. 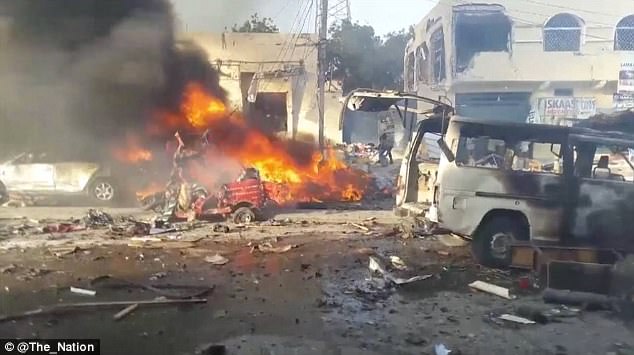 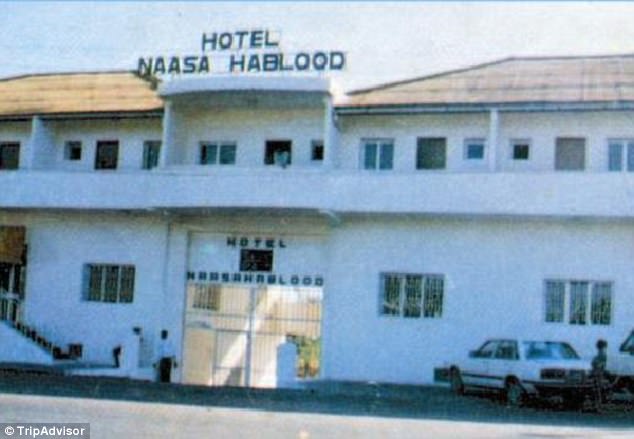 Gunshots could be heard ringing out inside the Nasahablod Two hotel while the bomb exploded near its gate, police captain Mohammed Hussein said 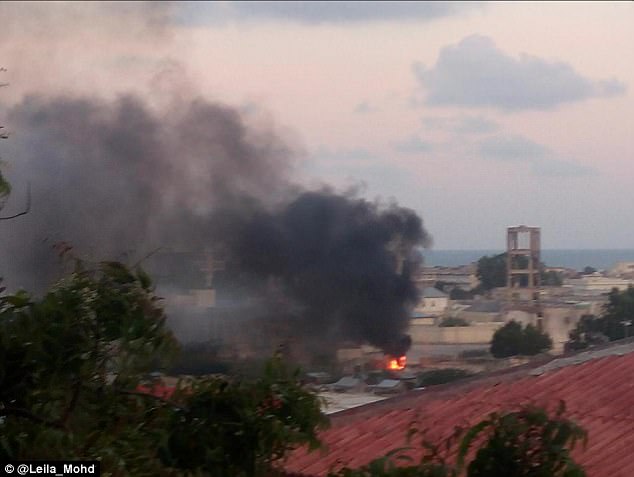 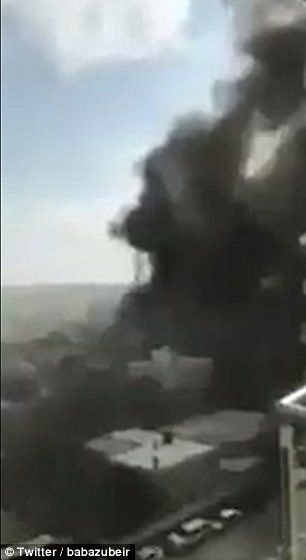 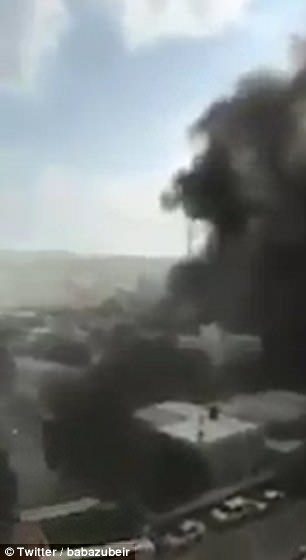