Peter Pollastretti has been fined £1,250 and banned from the roads after he was caught more than 13 times the drug-drive limit

A wealthy car dealer has been banned from the roads after he was caught at the wheel of his luxury Range Rover whilst more than 13 times the drug drive limit.

Peter Pollastretti, 57, tested positive for cocaine after he was stopped following a night out at a restaurant with his girlfriend.

Officers in an unmarked BMW had followed Pollastretti after they spotted him staggering to his car, which has personalised number plates and had been left in a disabled bay in Knutsford, Cheshire.

Pollastretti – who lives in a £836,000 home in nearby Bramhall – failed a breath test at the roadside, but was further tested for drugs when he was found to have five snaps of cocaine on him when he was searched at a police station.

A blood sample showed 46 microgrammes of cocaine in 100 mililitres of blood and 662mg of the cocaine compound benzoylecgonine in 100ml of blood. The legal limits are 10mg and 50mg respectively. He was found to be under the limit for drink driving. 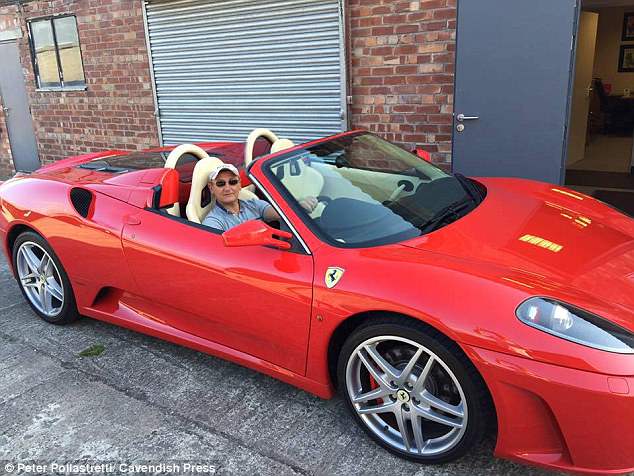 Pollastretti, who lives in a £836,000 home in Bramhall, near Manchester, deals luxury cars 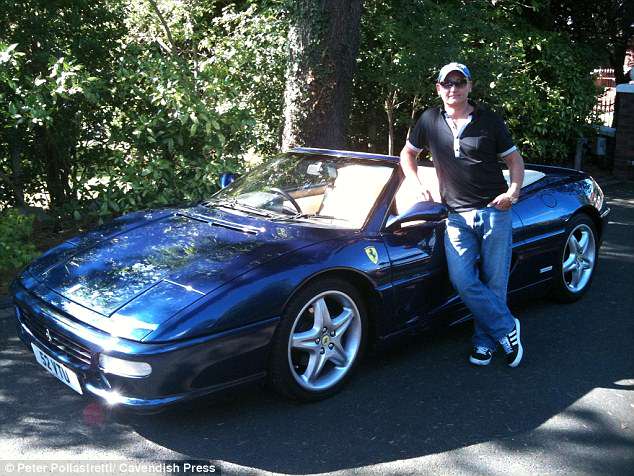 Pollastretti, pictured with a Ferrari, was seen by police staggering into a Range Rover last year

At Stockport Magistrates Court, Pollastretti admitted possessing cocaine but denied drug driving, claiming he swallowed the drug whilst being escorted to Middlewich police station in the back a patrol car.

Describing what happened in the early hours of November 19, prosecutor Nick Smart said: ‘Officers could smell alcohol on the driver’s breath.

‘He failed a road side test and was taken to a local police station and during the course of a search, five snap bags were seized from him.

‘He wasn’t charged for drink driving after giving a negative reading but because of the finding of drugs and conditions of the offence, the officers suspected he was under the influence of drugs whilst driving. He was well above the limit.’ 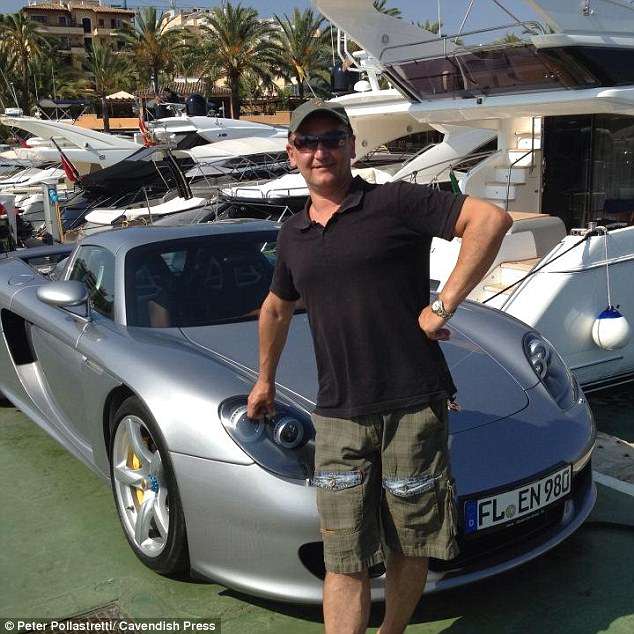 He added: ‘I took my wallet out of my inside pocket and took out a small bag with some cocaine and began to ingest it to swallow it.

‘When the driver of the vehicle said: “what are you doing back there” I said I was just checking to see if I had got any money to get a taxi home with.

‘He then said: ‘don’t be sucking your copper coins as it’s an old wives tale and doesn’t work’. I didn’t know what he was talking about. The interior lights were switched on and kept on for the remainder of the journey. I only thought there was the one bag so I tried to consume it but I got interrupted.

‘I replaced the wallet to my back pocket. When we arrived I was taken to the reception desk and I was arrested for drink driving.

‘I emptied my pockets and went round the corner to sign some forms. When I came back they asked me about the snap bags they had found in my wallet.

‘When the officer asked me if I had taken any drugs or medication, I presumed he meant prescription drugs given to me by the doctor – I wasn’t thinking about other drugs at the time.’ 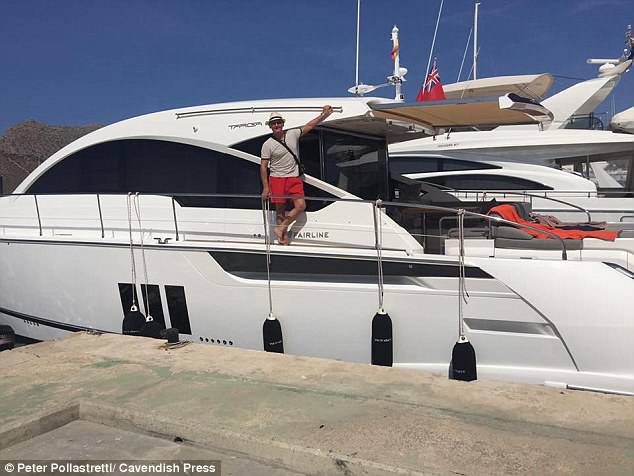 Pollastretti, pictured on a luxury yacht, was pulled over around 3am on November 19 after police officers saw him staggering towards a Range Rover outside a Starbucks cafe

He continued: ‘I did take cocaine in the back of the police car. My solicitor told me to say no comment during the interview. I have never been in custody before so I didn’t know what to do. I know I had plenty of opportunity to tell the truth – I’m just trying to tell the truth now.

‘Those other snapbags had been there for a long time, I didn’t realise they were there. I knew I would get found with it on me and I panicked so I decided to ingest it, it was a mistake.’

PC Lee Jones of Cheshire Police said: ‘When we took him into custody. He seemed to be a tolerable chap, mature and compliant and we didn’t think there was a reason to handcuff him. He was sat in the rear of the car behind my colleague in the front passenger seat so I could see what he was doing and keep my eye on him.

‘He initially made no comment in his interview about having taken drugs but then he told me he had taken aspirin and cod liver oil. During the interview his eyes were red and watery.’