Car park row turns into punch-up as driver knocked out

This is the moment a dispute in a car park ended in one driver knocking the other to the floor, apparently rendering him unconscious.

The CCTV footage shows the fight in what seems to be a multi-storey car park in Britain.

Trouble starts when a blue hatchback reverses into the path of a silver car driving past him.

The silver Ford rams into the rear driver’s side, leading both drivers to stop and step out to inspect the damage.

The video seems to show the Ford Estate’s driver try to photograph the blue car’s registration, with its driver becoming angry and slapping the phone out of his hand.

This is the minor collision that kicked things off, as each driver got out of the car to assess the damage 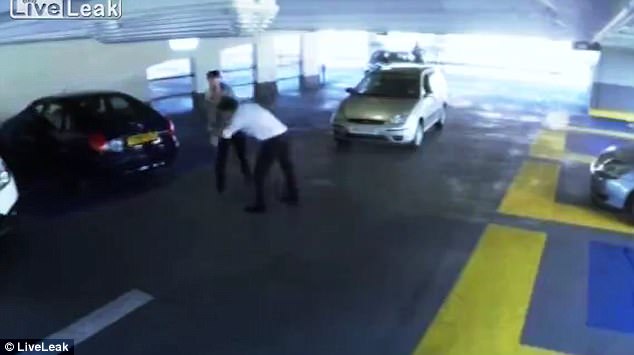 He then spreads his arms and approaches the man in a white shirt, who grabs him and pushes him against his blue car. 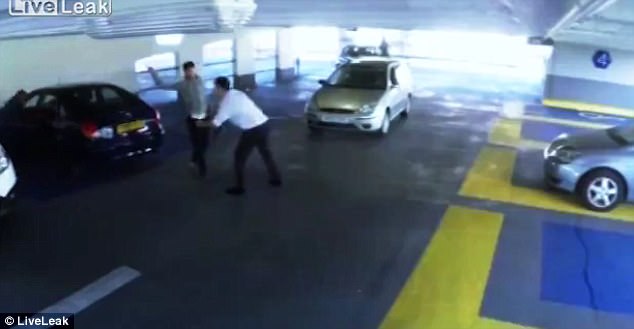 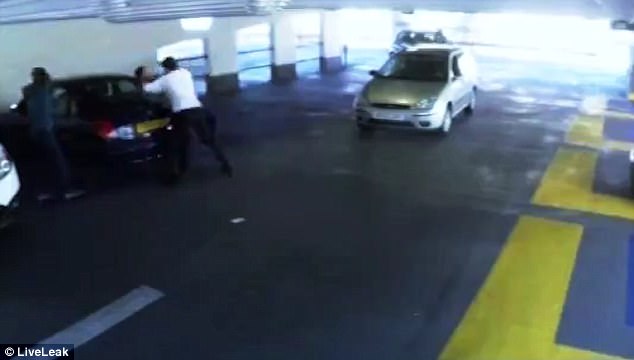 The blue car’s driver manages to throw him off, before the pair square up and start to swing at each other.

After the Ford driver sidesteps a punch, he lands a blow firmly on his opponent’s face, leaving him a defeated heap in the car park. 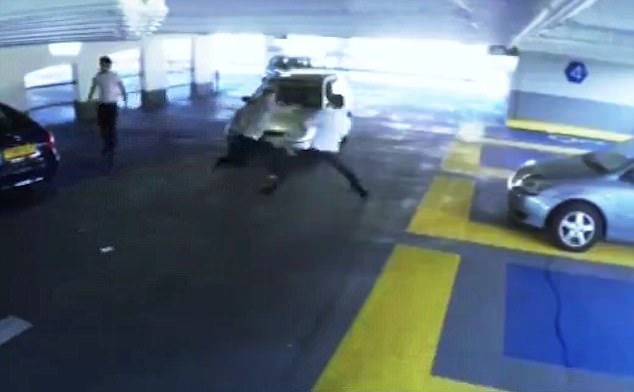 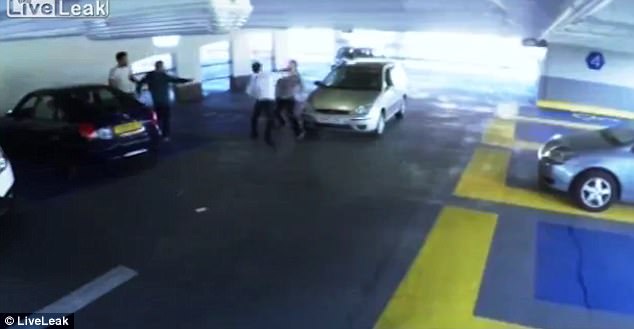 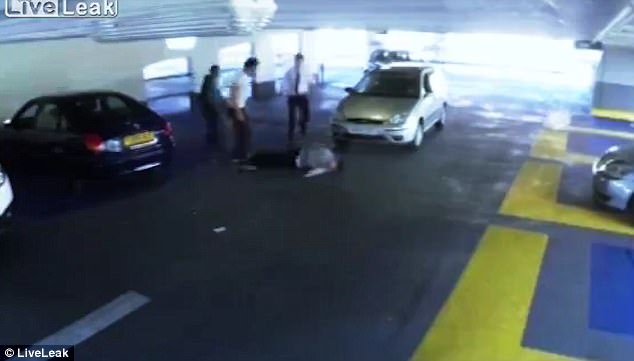 The hooded man lies on the floor, apparently unconscious after being punched in the face

As friends drag the apparently unconscious driver to the side of the car park, the Ford’s driver grabs his phone, takes the picture he wanted and drives off.

The video has been viewed over 32,000 times and its time stamp seems to indicate it was filmed at around 2:20pm on August 2.