At least 10 people were injured Tuesday afternoon when a car barreled through the front of a restaurant in Maryland.

Customers at the Babes and Boys Tavern at Top of the Hill in Upper Marlboro were enjoying lunch when the vehicle smashed right through the entrance, pinning some underneath the wreckage.

At least 10 people were injured in the accident which occurred on Tuesday afternoon around 1.15pm 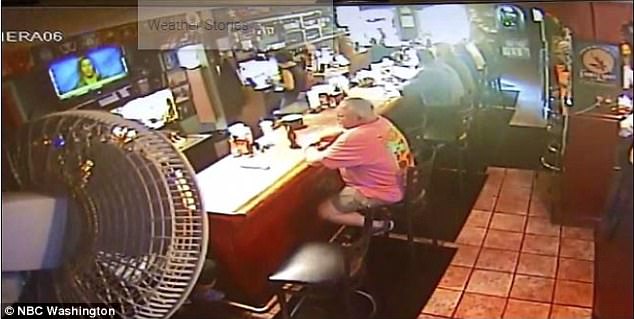 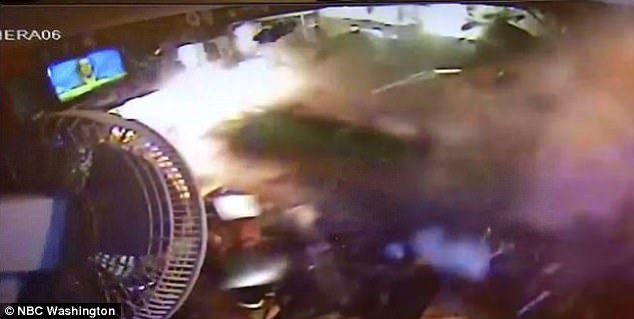 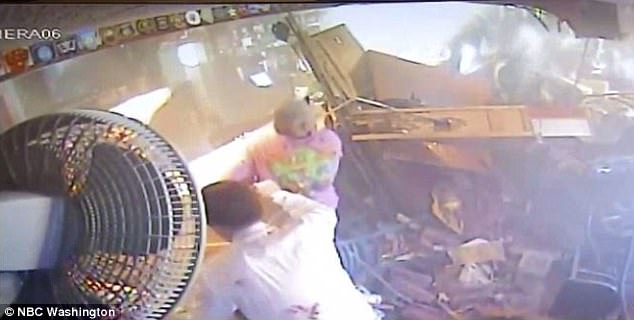 Two people were seriously hurt following the accident, while five others were treated for minor injuries. The reset declined to go to the hospital

Another five people were treated for minor injuries while the rest declined to go to the hospital.

The incident occurred at the 15900 block of Marlboro Pike around 1.15pm, according to local authorities.

‘There was absolutely no warning,’ said customer C. Philip Nichols, a retired county judge whose sleeve was ripped in the melee.

The driver in the incident, Vernelle Robinson, told NBC News 4 that her ‘brakes went out’ in her sedan as she was making a turn near the restaurant. 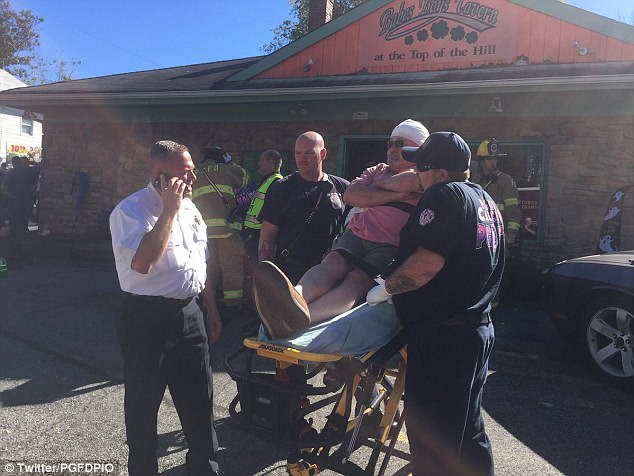 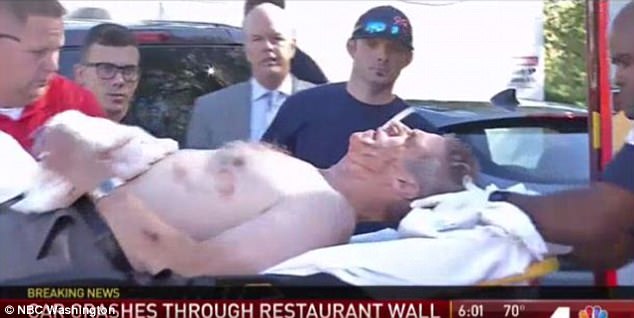 But owner C.J. Wilson disputed Robinson’s claim, telling FOX News 5 that that she ran through metal barricades, an A/C unit and the cinder block wall. 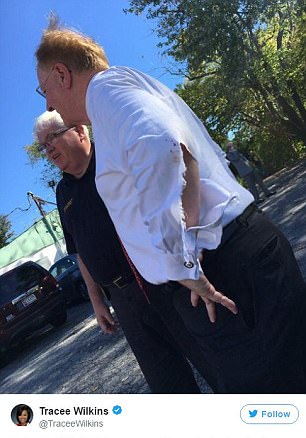 No one in the accident sustained any life-threatening injuries, according to Brady.

‘Talking to some of the patrons and employees inside, they said it sounded and felt like a bomb had hit the building,’ Brady said.

‘The ceiling shook and some of the panels fell. Additional brick and mortar were all over the place,’ he added.

An estimated 30 customers were dining at Babes and Boys Tavern at the time of the crash.

“Everybody was able to evacuate rather quickly and safely,” Brady explained.

‘Fortunately there were already some public safety people at the scene enjoying lunch with the rest of the crowd who were able to take control of the scene until other officials arrived.’

An engineer is expected to come in for an inspection in order to determine if the building is structurally sound. 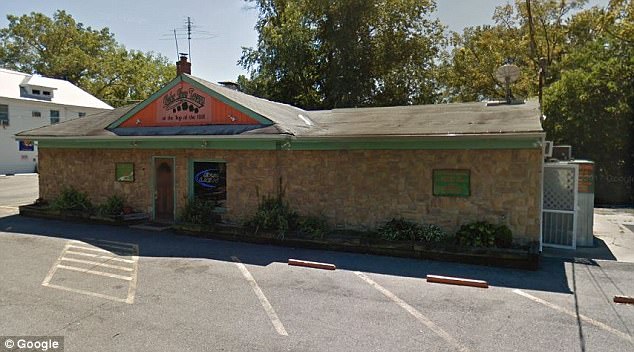