Car wash worker sprays INSIDE of car with high-pressure hose

A bizarre video has emerged showing a car wash worker spraying the inside of a 4WD with a high-pressure hose, but the owner of the business says it’s nothing out of the ordinary.

The footage, shot in Bunbury, Western Australia, shows the employee at the Sparklers car wash drenching the inside of the vehicle water.

Business owner Deep Singh said the method is common among car detailers and was commonly used in off-road vehicles.

He said customers were always asked for permission before the high-powered hose is used on the interior.

‘If a person asks for a proper detail, we do it, it also depends on the car,’ he told Perth Now.

He also said in many cases the seats were removed beforehand.

The footage was shared on social media and garnered hundreds of comments.

‘Detailed for four years and never had a problem pressure washing the doors,’ one man wrote.

Others were shocked by the little-known method.

‘Is that the worker? I thought it must have been the car owner!’ a social media user wrote.

Others raised concerns about potential damage to the vehicle’s electronics and interior.

Mr Singh said he was yet to receive negative feedback after detailing the inside of a vehicle. 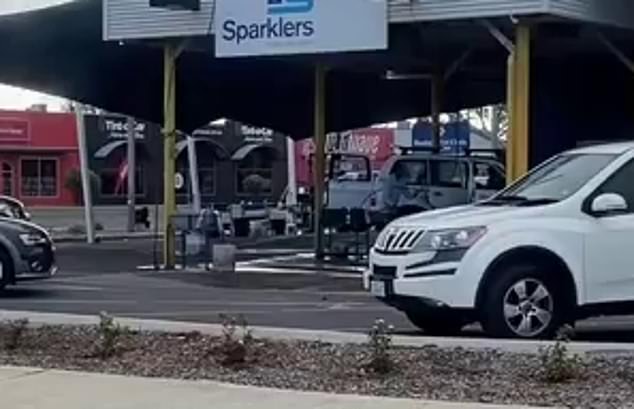