It’s been a difficult 2022 for Cara Delevingne amid concerns over her wellbeing after her erratic behaviour this summer.

But the previously year appears to have been a happier one after the supermodel earned an eye-watering £30,000 a day thanks to her modelling and acting ventures.

Her total earnings from all sources were £30,000 a day making her one of the world’s most successful stars.

Cara signed with Storm Management after leaving school in 2009 and quickly became a successful model for the likes of Burberry, YSL and Chanel.

She then turned her hand to acting, most recently starring in season two of the show Only Murders In The Building opposite Selena Gomez, Martin Short and Steve Martin.

Cara was born into privilege and London high-society with property tycoon Charles Delevingne, 73, her father and Dame Joan Collins, 89, amongst her god parents. 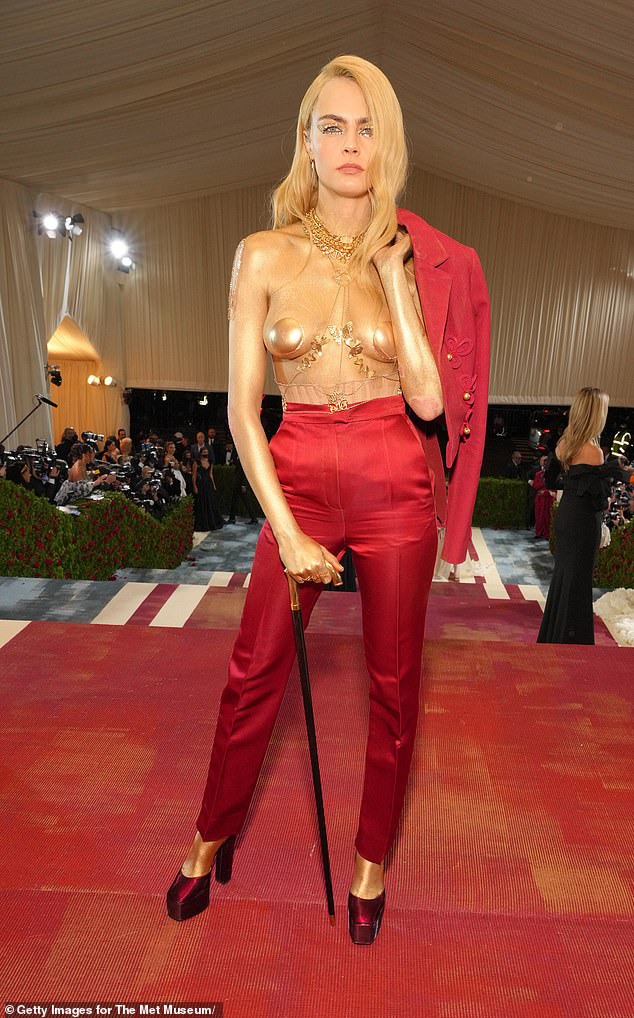 However despite the news of her financial success, back in September action was taken to protect her American interests Cara & Co, should suffer a sudden reversal of fortune.

Her bankers HSBC registered a charge against the company in April this year — despite the fact that it has assets of £41.4M at the time.

A source told The Daily Mail’s Eden Confidential: ‘It’s unexpected for a company with that much money in it to have charges of this kind against it. 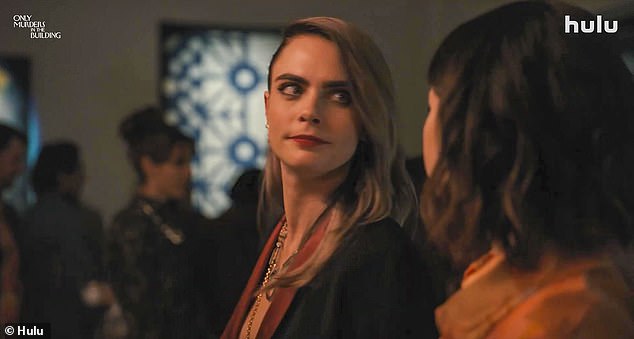 Small screen: Cara turned her hand to acting, most recently starring in season two of the show Only Murders In The Building opposite Selena Gomez, Martin Short and Steve Ma

‘It’s very unlikely to go bust, but if you have a secured charge you become the first one in the queue to be repaid what you’re owed.’

MailOnline contacted reps for Cara at the time.

The British supermodel had sparked concern following a series of erratic public displays across southern California, among them a disheveled appearance at Van Nuys airport – where she was refused access to Jay Z’s private jet.

But she was back to her best this week as she made a triumphant return to the spotlight in a new trailer for Rihanna’s recently filmed Savage X Fenty catwalk show. 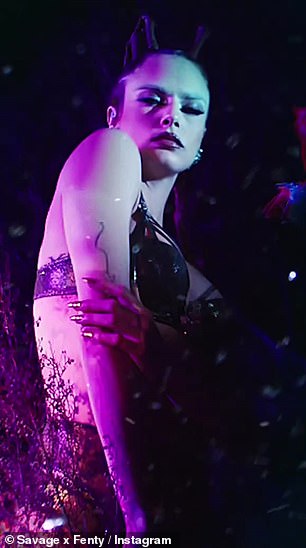 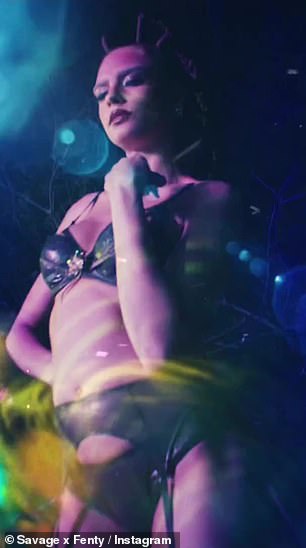 Cara, 30 – one of the catwalk highlights at the pre-recorded fashion show in November – is seen modelling black lingerie and racy stockings while blowing the camera a kiss in a heavily edited montage.

Held in California’s Simi Valley on November 7, the event saw Cara decked out in skimpy black lace lingerie that showcased her supermodel figure as she strode the catwalk. 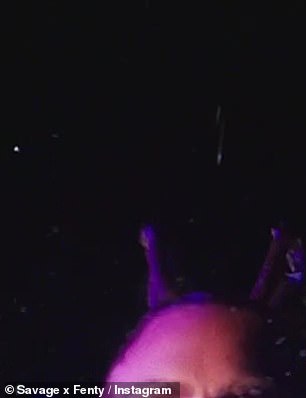 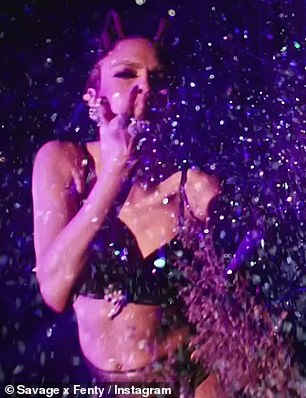 Racy: Cara, 30 – one of the catwalk highlights at the pre-recorded fashion show in November – is seen modelling black lingerie and racy stockings while blowing the camera a kiss 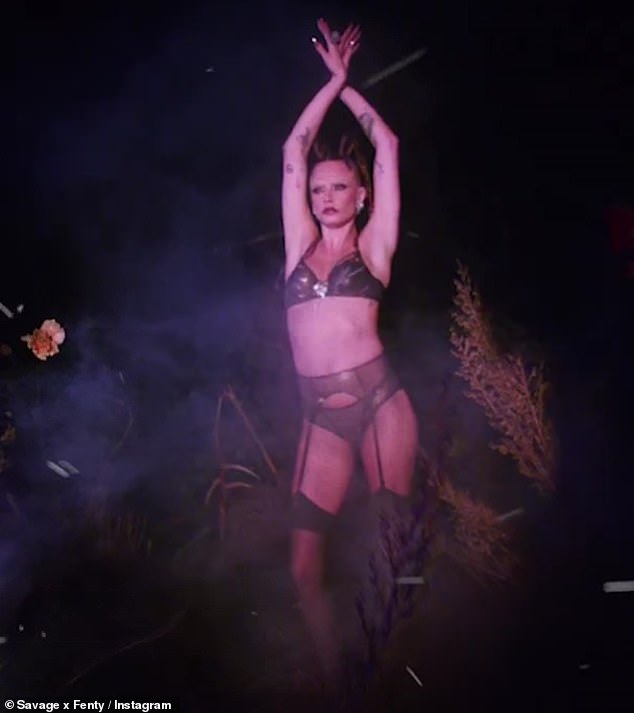 Looking good: Cara is back to her best in the raunchy ad for Rihanna’s Savage X Fenty Volume 4 extravaganza, filmed exclusively for Amazon Prime

A parade of famous names turned out for Rihanna’s fourth annual Savage X Fenty show, which has rapidly become a go-to event for high profile celebrities.

A press release published ahead of the show hailed it as a ‘seductive fashion fever dream… this year’s show blends Emmy award-winning choreography, style, and music with the hypnotic essence of nocturnal nature.’ 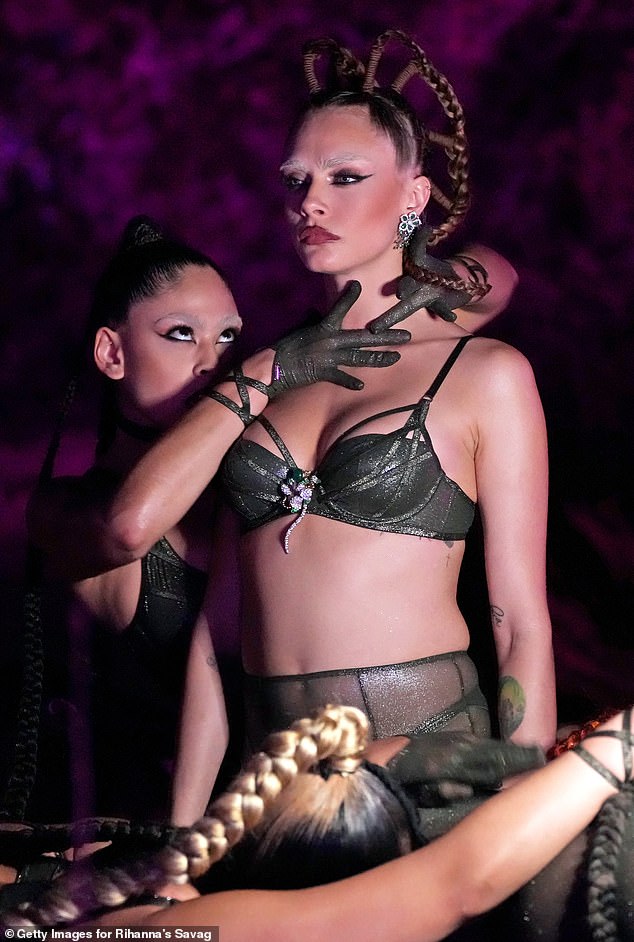 Bombshell: Cara smouldered as she joined a dazzling array of celebrities at Rihanna’s Savage X Fenty Vol. 4 fashion show (pictured at the event) 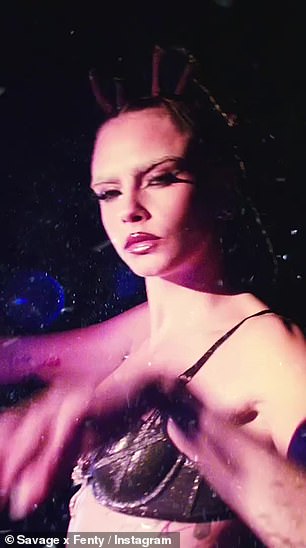 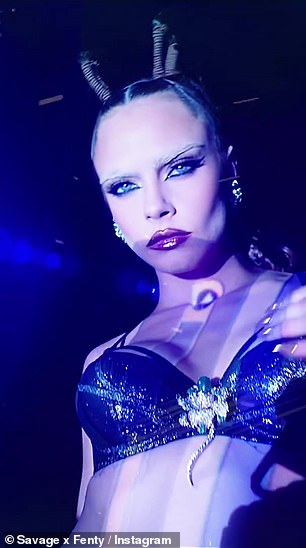 Hard to miss: Her hair was wound into braids that were then styled up into high arcs, and her ensemble drew a touch of extra dazzle via an elaborate pair of earrings 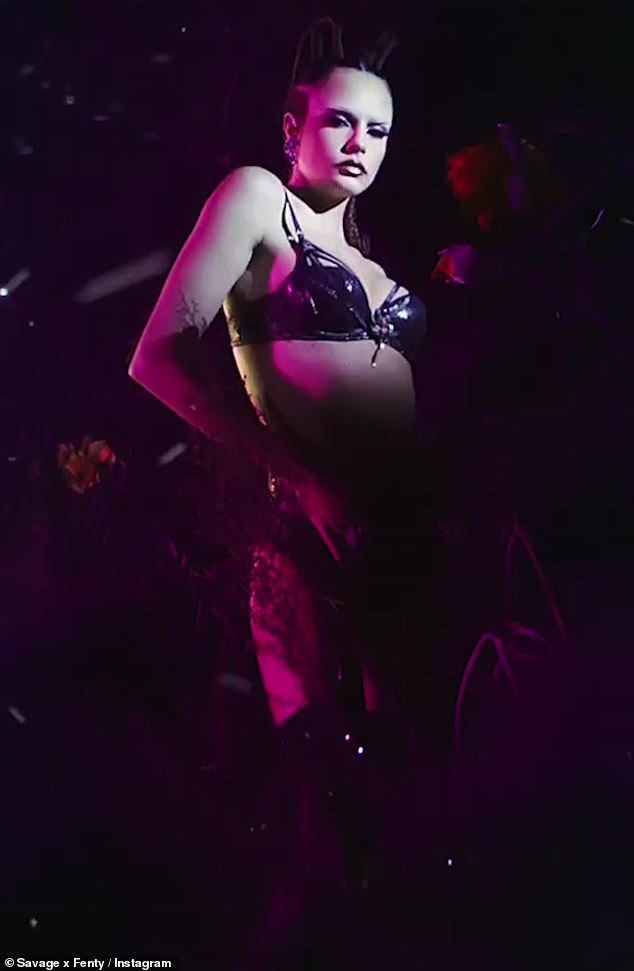 Surreal: A press release published ahead of the show hailed it as a ‘seductive fashion fever dream’