Cara Delevingne is reportedly adding even more to her millions as a London property tycoon.

According to sources the model, 27, is investing her money wisely in lavish properties in some of the capital’s wealthiest hot spots, as a director for her father Charles’ company.

Cara has been known for wisely investing her £21 million fortune in an array of areas, and along with properties has been known to splash out on the odd luxury holiday along with making sure she’s up-to-date with her tax bill.

Cashing in: Cara Delevingne is reportedly adding even more to her millions while working for her father’s property company (pictured in August 2019)

Cara is a director of her family’s property empire, Harvey White Properties Ltd, along with her elder sisters, Poppy and Chloe, and father Charles.

Documents obtained by The Sunday Mirror claim she invested her funds in six properties on London’s Fulham Road, along with 11 more on the famous Old Brompton Road in Kensington.

It’s also thought that Cara has snapped up properties in the hip spot of Streatham in South London.

A source told the publication: ‘Everyone knows property is a decent long-term ­investment and Cara has got her head screwed on.’

MailOnline has contacted representatives for Cara Delevingne for comment. 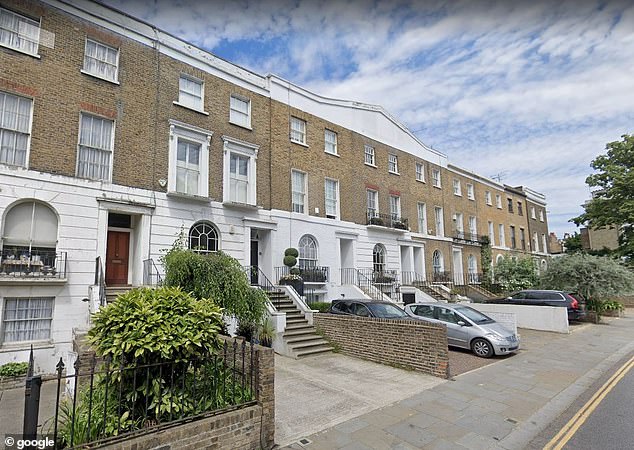 Cashing in: The model is reportedly investing her money wisely in lavish properties in some of the capital’s wealthiest hot spots including on Fulham Road (stock above) 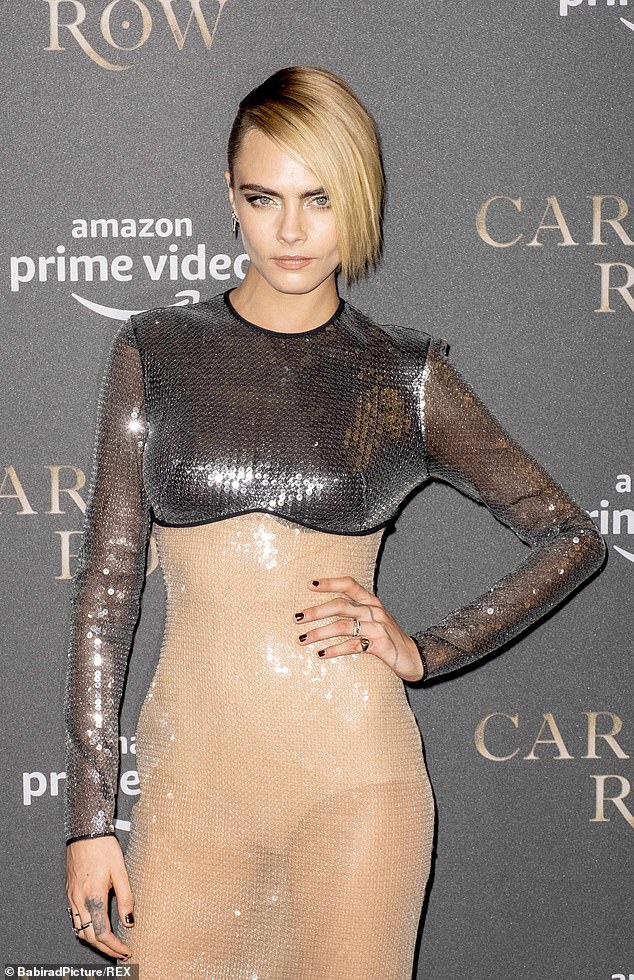 Miss moneybags! She remains at the top of her game in terms to her modelling career and her wealth, since she was declared the UK’s top-earning fashionista last summer

According to The Sun, Cara’s money was partly invested in actor Jared Leto’s £1.5 million Hollywood home in 2017, after which she renovated it alongside her socialite sister Poppy.

She has a Georgian townhouse in West London, which was redecorated by her interior designer pal Tom Bartlett. 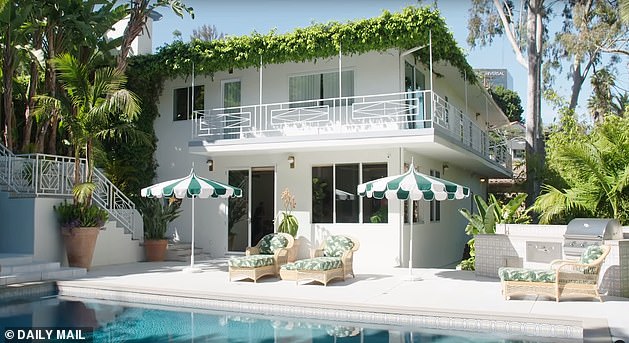 Property ladder: It seems that the Brit supermodel invests her pennies wisely – in property. Pictured is her £1.5m home in Los Angeles

In 2018 the company made a profit of £5.4 million and its investment portfolio was worth nearly £44 million.

Dividends are not explicitly declared in the accounts, instead coming under the umbrella of liabilities, but look likely to be in the region of £2 million apiece.

The Sun also reports that she dropped £100k on her birthday holiday in 2017.

She and a group of girlrfriends spent a week in Mexico at five-star wellness retreat, Chable, which costs £5,755 per person to reside in their Royal jungle villa. 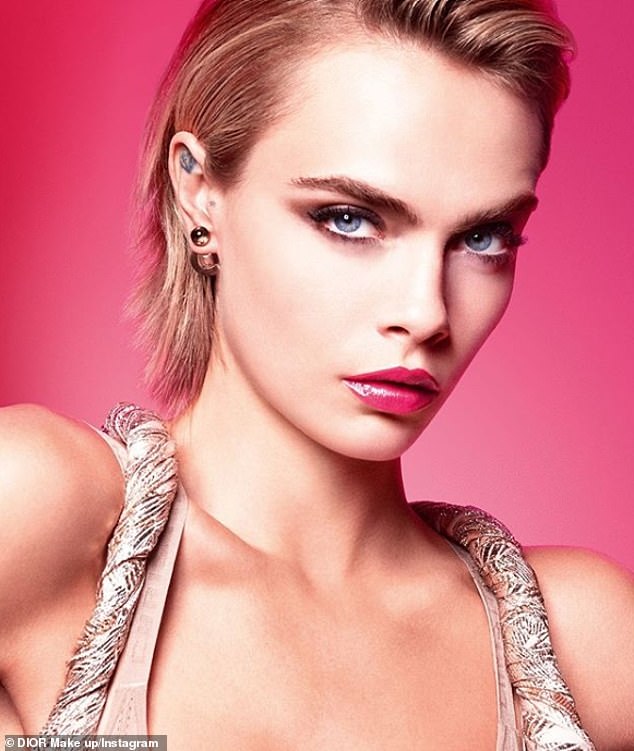 Companies House also states that over two years, she paid a tax bill of £2.9 million.

Cara’s father, Charles, is a successful property developer and the son of Hamar, 1st Viscount Greenwood, a politician.

Her mother, Pandora, a longstanding friend of Sarah Ferguson, is the daughter of publishing magnate Sir Jocelyn Stevens and Jane Sheffield, who was Princess Margaret’s lady-in-waiting.

Sarah Doukas, of Storm modelling agency, scouted Cara and by 2013 she was fashion’s new It Girl.

Alexandra Shulman, then editor of Vogue, said she had what it took to become the face of a generation and put her on the magazine’s cover. At London Fashion Week that year, she walked for Burberry, Mulberry and Matthew Williamson and soon landed a campaign with Kate Moss for the former. 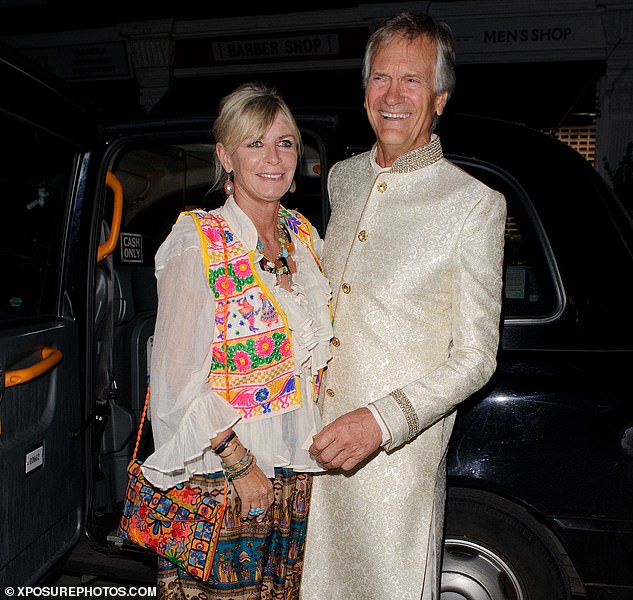 Self-made: Her parents are Charles Hamar and Pandora Delevingne [pictured arriving at the Chiltern Firehouse after celebrating their daughter Poppy’s 30th birthday in 2016]

Along with numerous editorial shoots, she has undertaken more lucrative commercial work for big-name brands, such as her 2016 campaign for Saint Laurent and other campaigns for Armani and Moschino.

Around the time of her Saint Laurent campaign she talked about quitting modelling entirely, to act instead.

She then ‘set the record straight’ and said she had been going through ‘a particularly rough patch of self-hatred’ at the time. 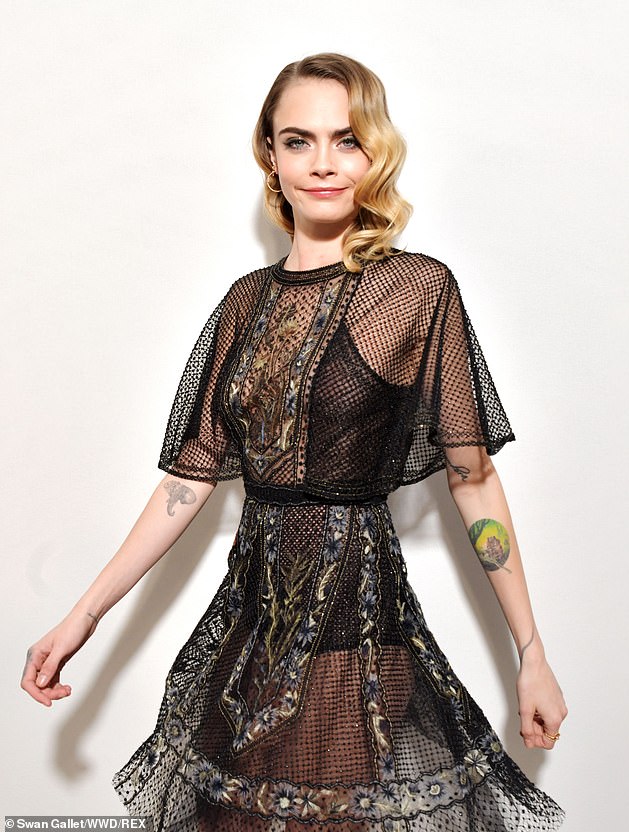 Hefty! Companies House also states that over two years, she paid a tax bill of £2.9 million

Although she now considers herself an actress and does only a few select campaigns a year, the bulk of her fortune is still made from modelling.

In a recent interview, she said: ‘Modelling isn’t fulfilling, it’s not! Especially when a lot of the time you don’t get your voice heard.

‘I didn’t in so many ways. Or maybe I didn’t have one, or I didn’t have the confidence to feel like I had one. I always wanted to be an actor. That was always something I knew since I was a kid.’