She began her career on the catwalk before changing lanes and focusing on acting following her stellar performance in Paper Towns.

Despite focusing on her cinematic efforts, Cara Delevingne, 25, proved she’s still got her model moves as arrived to the Christian Dior AW18 show in Paris on Tuesday.

The style star, who is the face of Dior’s new anti-aging line, showcased her incredibly taut stomach in a tiny black bandeau boob tube which she offset with a pair of high-waisted navy tailored trousers for the ready-to-wear presentation.

Model behaviour: Cara Delevingne, 25, proved she’s still got her model moves as arrived to the Christian Dior AW18 show in Paris on Tuesday

Adding an edge to her ensemble, she teamed the look with a pair of Christian Dior branded underwear which rest above her chic pants.

Continuing to up the style ante, she donned a matching navy blazer while she draped a statement knee-length tweed jacket over her svelte figure.

The Suicide Squad actress added inches to her look as she slipped on a pair of pointed boots while she sported an on-trend train driver hat over her newly-dyed dark pixie crop.

Not the only one to put their best fashion foot forward, Cara was joined by fashionista Olivia Palermo and her husband Johannes Huebl as well as French-Canadian actress Charlotte Le Bon in a head-turning red trench. 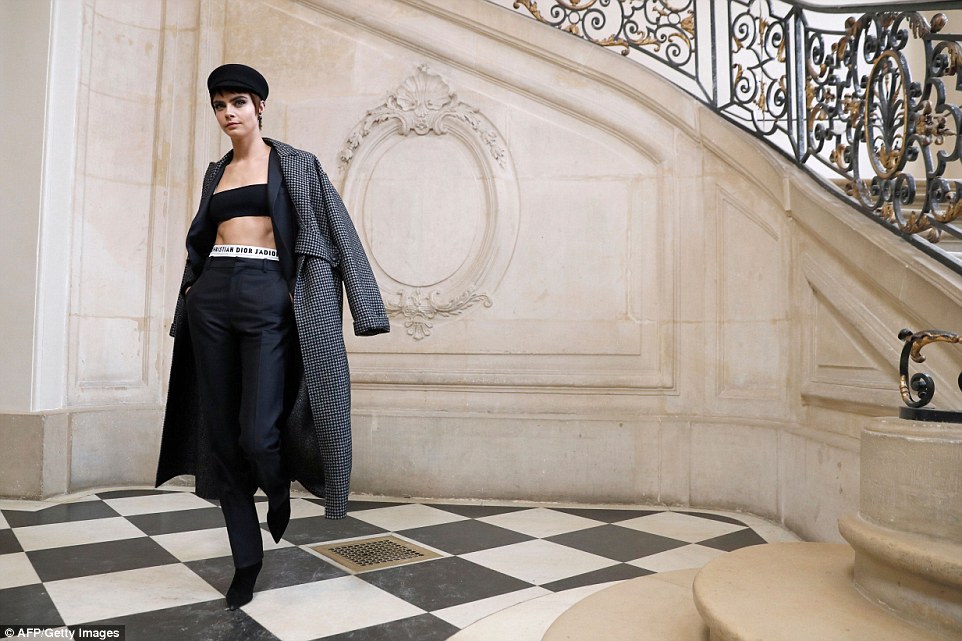 Getting chic done: Continuing to up the style ante, she donned a matching navy blazer while she draped a statement knee-length tweed jacket over her svelte figure 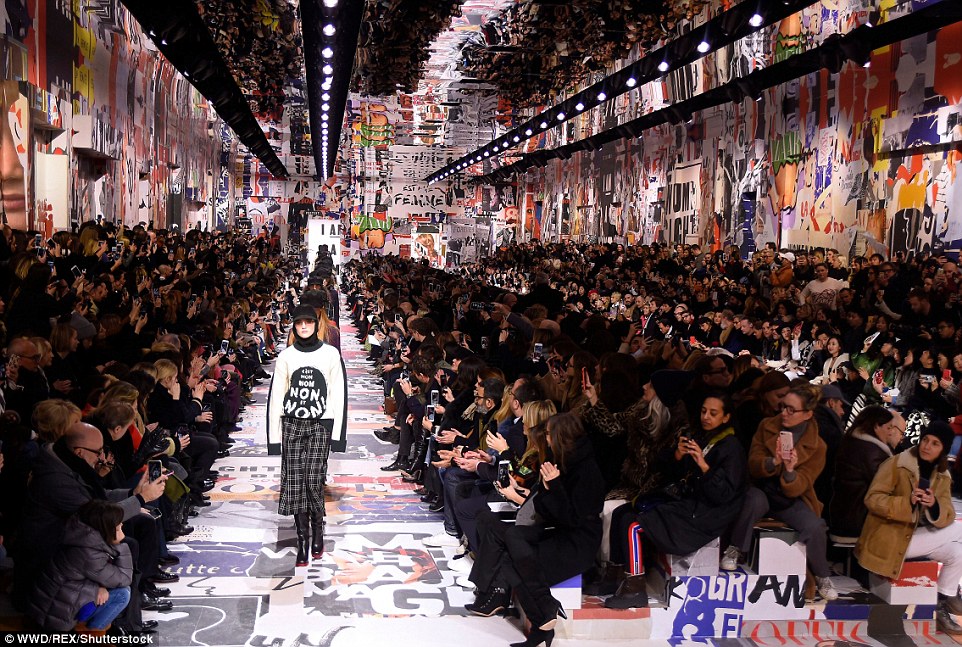 Fashion forward: Cara appeared on the FROW for the colourful catwalk show

Cara’s outing comes as she has raised a number of eyebrows over the status of her relationship with Paris Jackson, 19.

The pair first set tongues-wagging after they were seen were sneaking out of the fire escape of a nightclub hand-in-hand in November.

The duo were then spotted embarking on Christmas celebrations together, amid reports they have become close friends in recent weeks.

According to The Sun, Paris has visited Cara in Italy and the Czech Republic while she films new TV project Carnival Row, and has enjoyed a number of other city breaks with the model in Europe. 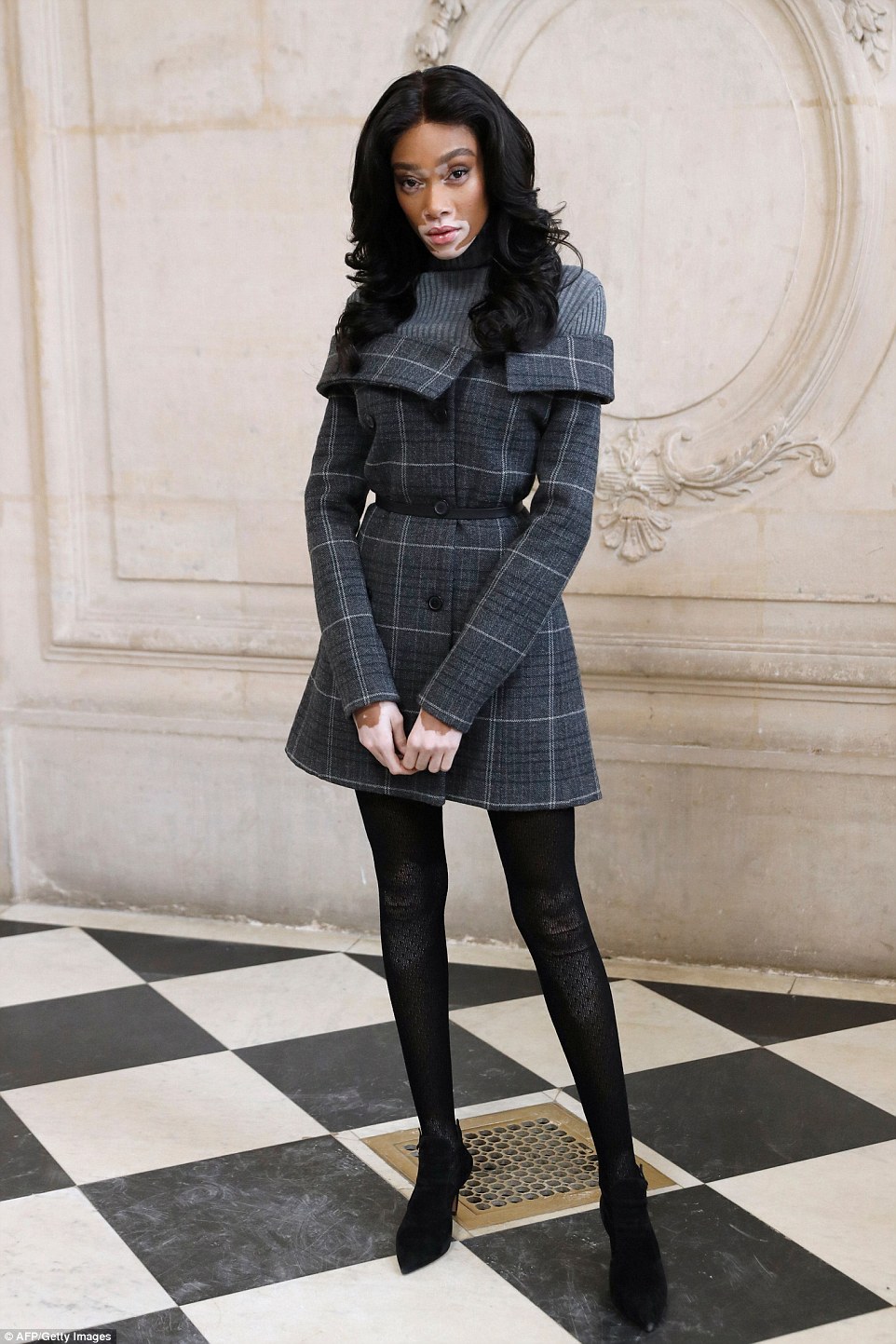 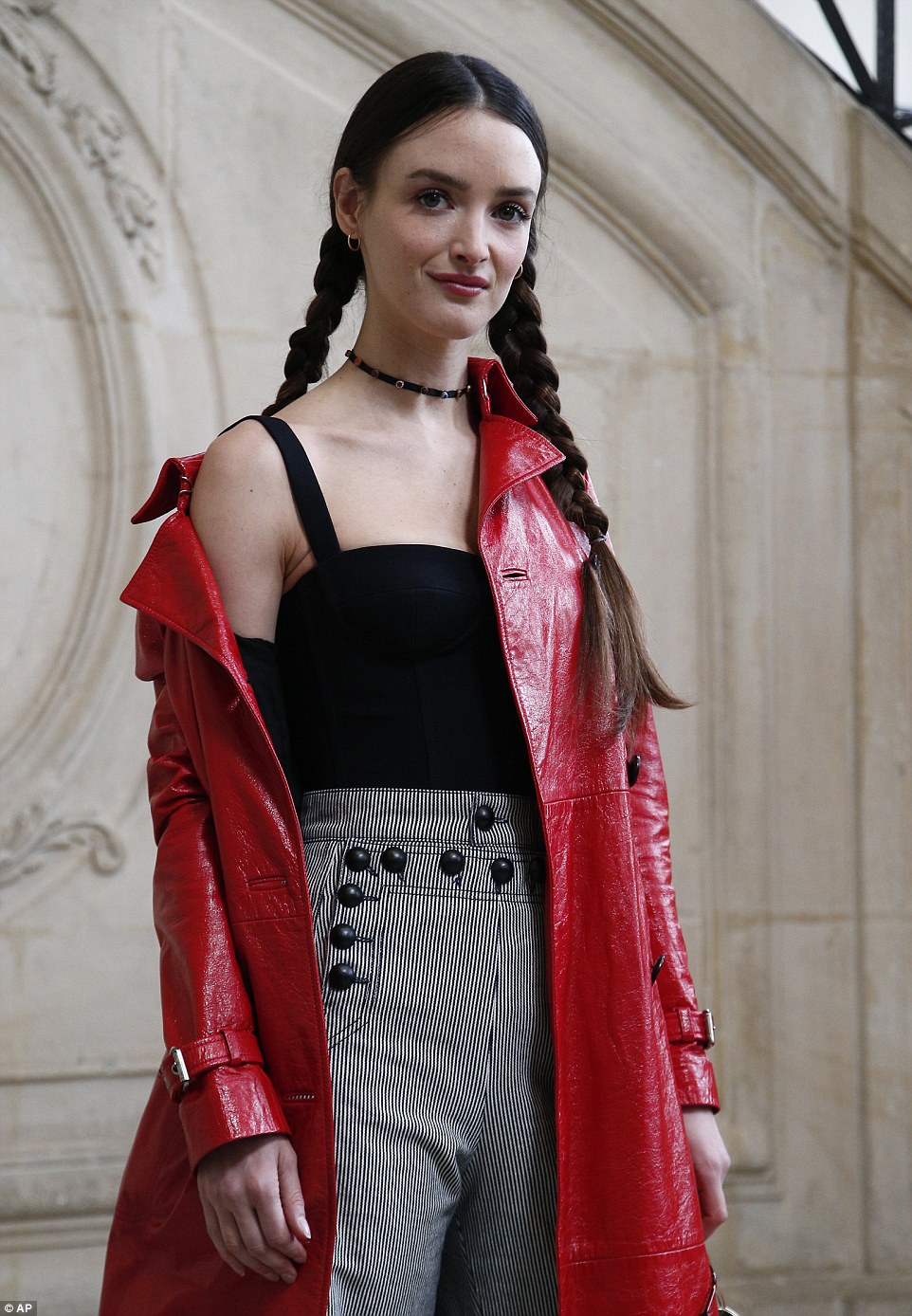 Work it: She teamed her look with a pair of high-waisted striped trousers

The pair are also believed to have bonded over their love of music – with the supermodel fascinated by Paris’ father, the King of Pop.

A source said: ‘They really hit it off at the MTV Movie and TV Awards in LA in May and have been hanging out since.

‘She invited her as guest of honour to her Christmas Burberry X bash in London, before whisking her away to Venice then Prague the weekend after, where they celebrated Christmas early at the markets.

Making a splash: The collection featured clashing prints and colours which were sure to pop on the catwalk 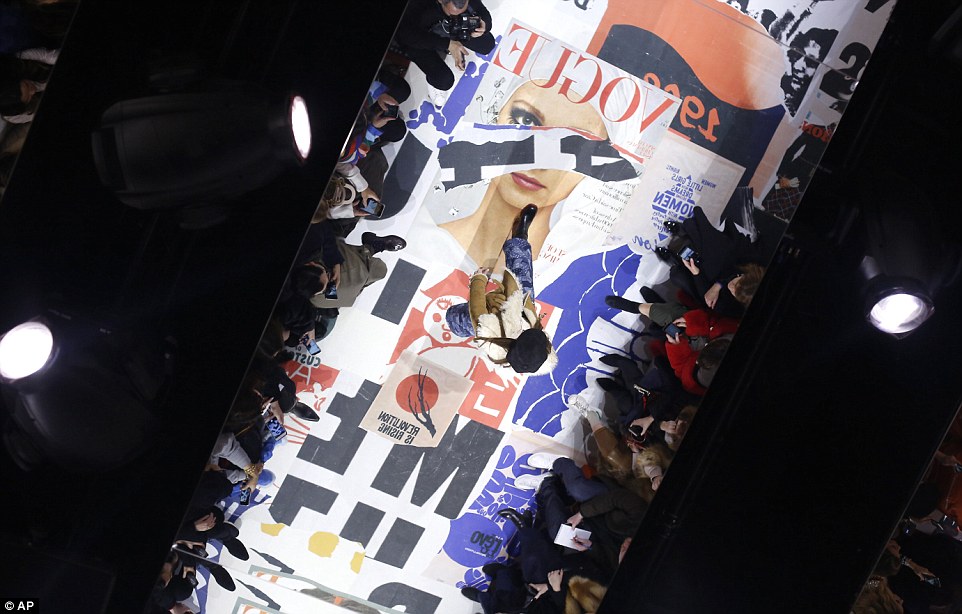 Inspiration: The catwalk was covered in old magazine covers including one from Vogue 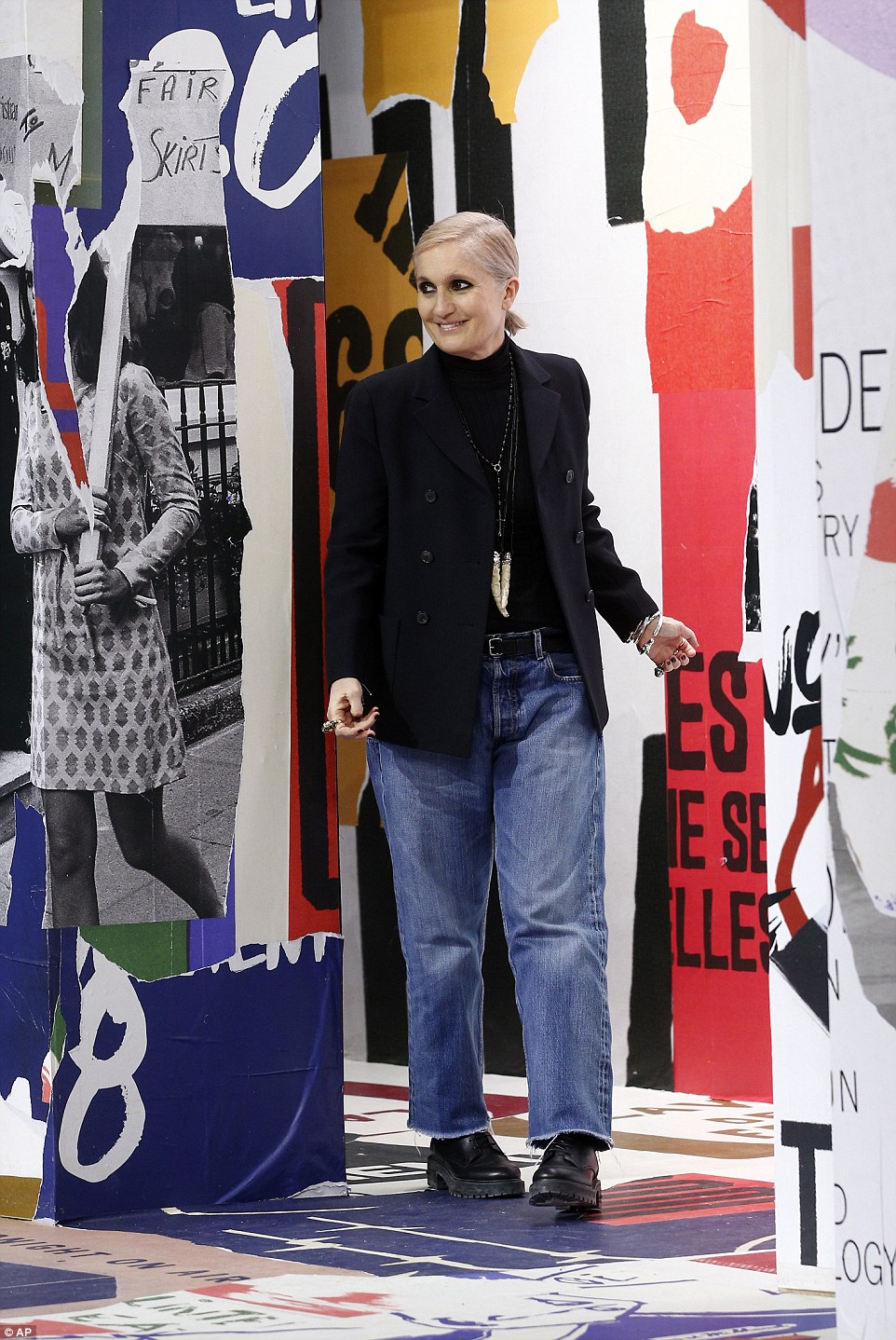 ‘It’s early days, and Cara doesn’t really have time for a proper relationship due to her non-stop filming commitments with Carnival Row, but there’s no denying there’s a spark.’ MailOnline has contacted both Paris and Cara’s representatives at the time for comment.

The unlikely pair first caught attention when they were spotted leaving a nightclub in Dalston together via the fire escape. 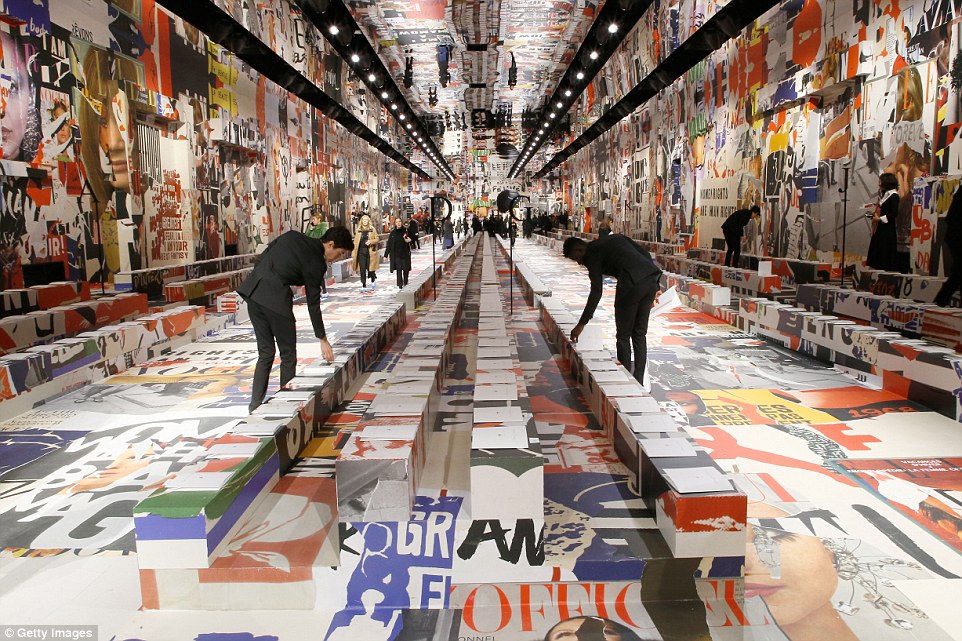 Vibrant: The catwalk and seats were a feast of colour for the eyes 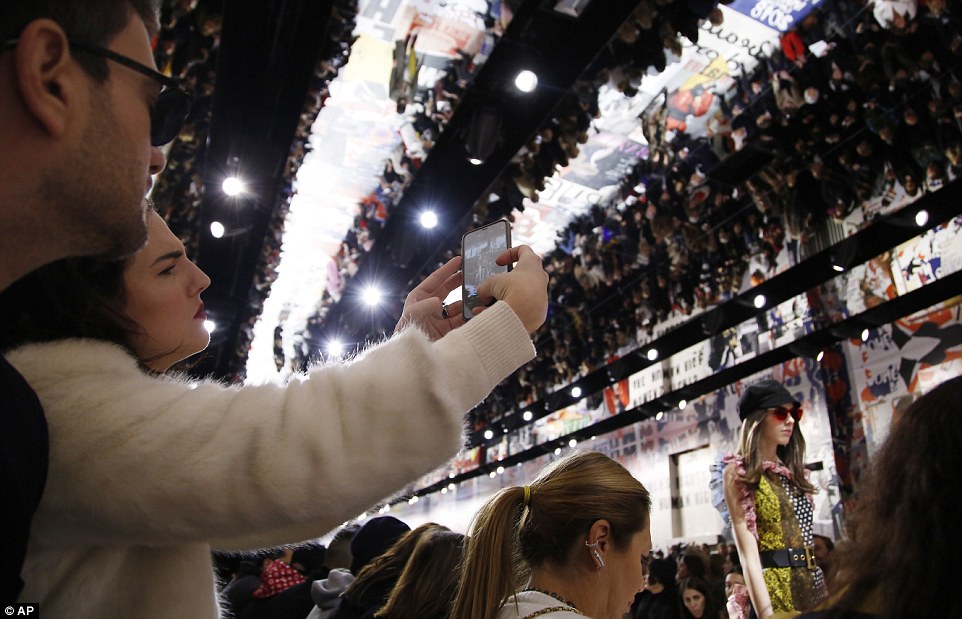 Mirror, mirror: There were two carefully placed mirrors above the catwalk