Liverpool lifted the Carabao Cup on Sunday after an enthralling clash at Wembley, decided by a marathon penalty shoot-out.

Caoimhin Kelleher produced a number of smart stops in normal time before scoring what proved to be the winning penalty for the Reds on a memorable evening for Jurgen Klopp’s second-choice shot-stopper.

But it was one to forget for the Blues, with substitute goalkeeper Kepa Arrizabalaga the fall guy after missing from 12 yards.

Here, Sportsmail’s SAMI MOKBEL rates each player – and manager – from inside the stadium…

Edouard Mendy – Save after save after save. Completely vindicated his manager’s decision to select him over Kepa. 8.5

Edouard Mendy was in outstanding form for Chelsea during the match, keeping them in it

Trevoh Chalobah – Was given a torrid time by Luis Diaz but fair play to the Chelsea defender who admirably stuck to his task. 6.5

Thiago Silva – A Rolls Royce. A central defensive performance of sheer brilliance. At 37, the Brazilian shows no sign of fading. 8

Antonio Rudiger – Performed like a man possessed. Refrained from making his trademark dashes forward to focus on shackling Liverpool’s attack. 7.5

Cesar Azpilicueta – Dependable at right-wing back before being substituted early in the second half with an apparent injury. 6.5

N’Golo Kante – Where does he get his energy from? Looked as fresh in the final minute of extra time as he did in the first. 7.5 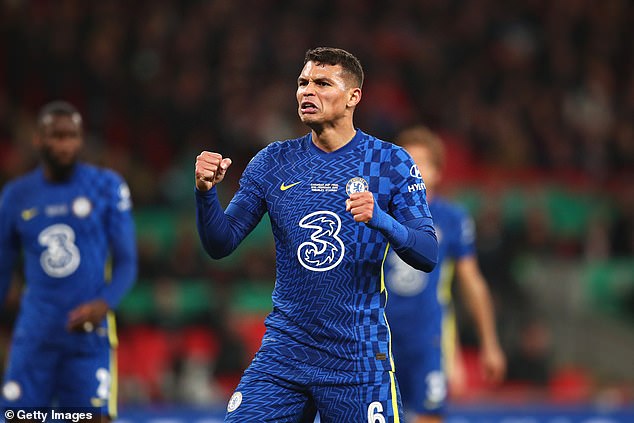 Thiago Silva was a colossus at the back for the Blues, including one key goal-line clearance

Matteo Kovacic – Such a vital player for Tuchel’s team. Does the ugly – but necessary – parts of the game so well. Booked. 7

Marcos Alonso – Saw plenty of the ball down Chelsea’s left side and used it efficiently without finding a killer pass. 7

Christian Pulisic – Squandered an early chance to fire Chelsea ahead and largely struggled to make inroads into Liverpool’s defence. 6

Mason Mount – Back from injury but missed two glorious chances in normal time before being replaced by Lukaku. 6.5 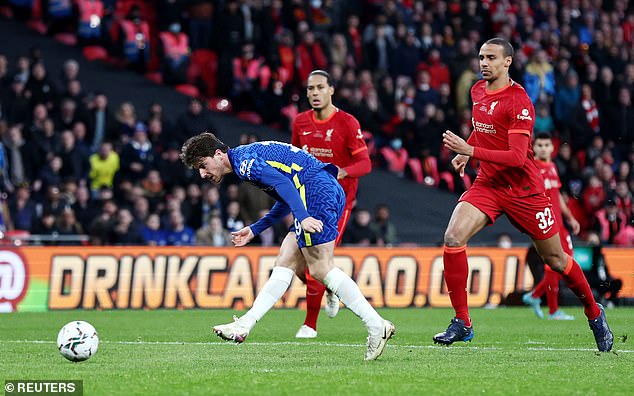 Caoimhin Kelleher – What a day for the young goalkeeper. A string of important saves during 120 minutes before becoming Liverpool’s shootout hero. 9

Trent Alexander-Arnold – Couldn’t quite find his range from crossing areas but turned in a diligent shift defensively. 7.5 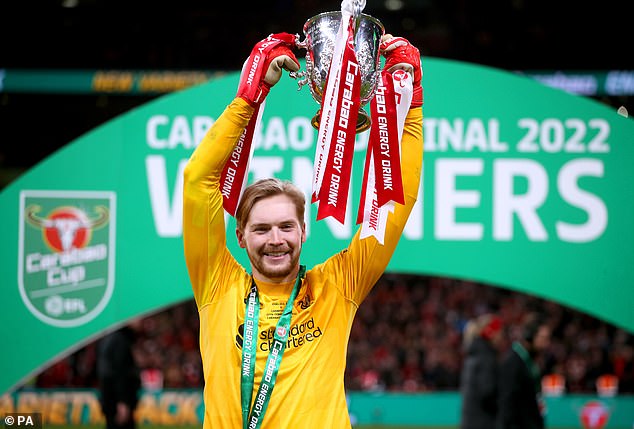 Joel Matip – Thought he’d won the trophy for Liverpool in normal time only to see his header ruled out by VAR. Was excellent before his substitution. 7

Virgil van Dijk – Much like Silva at the other end, oozed class. Liverpool had their fair share of good fortune but the Dutchman hardly put a foot wrong. 8

Andy Robertson – Had the most touches of any player on the pitch and his availability down the left proved a valuable outlet for Liverpool. 7

Jordan Henderson – A typically combative display from the Liverpool captain. Was clearly disappointed to be substituted in the second half. 6.5

Fabinho – Was probably the stand out midfielder on the pitch. The Brazilian was at his destructive best at Wembley. 8 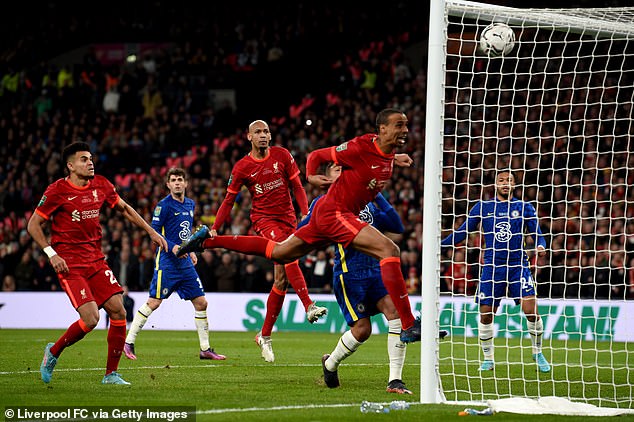 Joel Matip thought he had won the game for Liverpool, but saw his header ruled out for offside

Naby Keita – Was thrust into the team at the last minute due to Thiago’s injury in the warm up and didn’t let his team down. 7

Mohamed Salah – Not at this best. Tried to force it when he didn’t need to. An off day at the office but if anyone’s allowed one… 6

Sadio Mane – Was pretty well shackled by Chelsea’s defence before his substitution in the second half. Had better days. 6

Luis Diaz – What a signing he looks to be. Looks to have a little bit of everything in his locker. A star in the making. 8 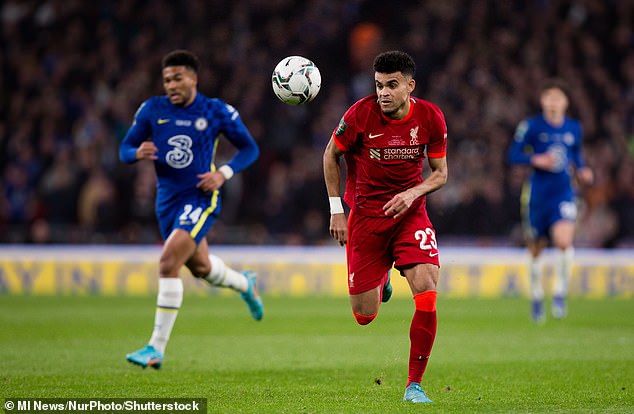 Luis Diaz was a near constant threat for the Blues, with his pace causing their back-line issues

Head Coach: Jurgen Klopp – One trophy down, three more to follow? The German will dismiss talk of a Quadruple – but fans will be dreaming. 8