Cardi B and Offset continued to enjoy their Mexico getaway over the weekend, as they were pictured being fussed over by locals selling them jewelry.

The rapper – who is know for wearing expensive jewels – appeared to be quite taken with the young crowd who had approached the couple in the hopes of making a profit.

Cardi, 29, looked stunning in a revealing black top that showcased her famous cleavage and a patterned headscarf, while sporting a Chanel handbag.

Vacay mode: Cardi B shows off her cleavage as she an Offset enjoy a family getaway to Mexico

The sighting comes after Cardi posted footage of a yacht sinking while on her vacation, which she posted to her followers over the weekend.

The mother-of-two couldn’t believe her eyes as she recorded the yacht disappearing below the blue ocean water.

‘What the f—? Oh my – it’s sinking! Ya’ll see this?’ she shouted as her voice got higher and higher.

Star turn: Cardi, 29, looked stunning in a revealing black top that showcased her famous cleavage and a patterned headscarf, while sporting a Chanel handbag 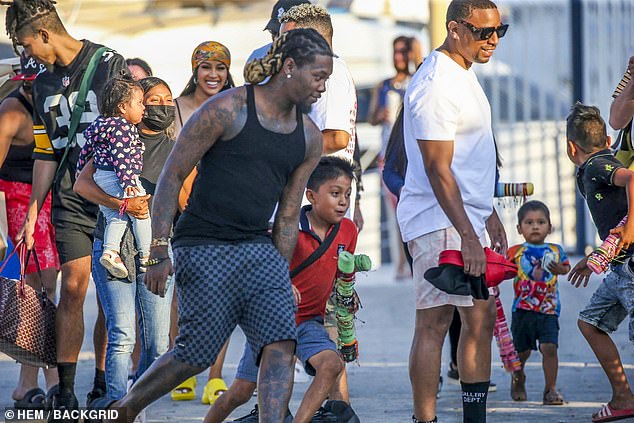 Cardi B and Offset continued to enjoy their Mexico getaway over the weekend, as they were pictured being fussed over by locals selling them jewelry 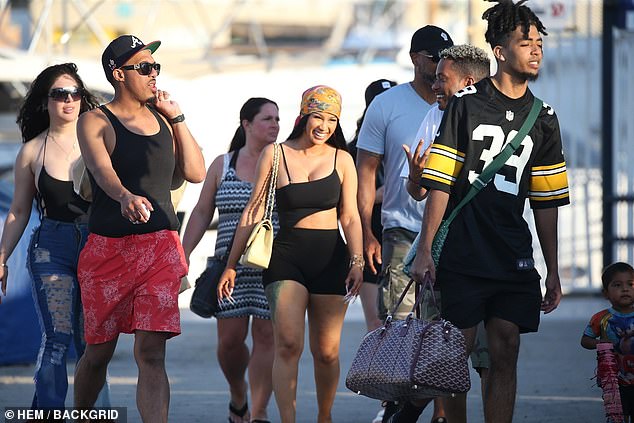 All smiles: The rapper – who is know for wearing expensive jewels – appeared to be quite taken with the young crowd who had approached the couple in the hopes of making a profit

She took to Twitter to write to her followers: ‘I can’t believe I’m actually watching a yacht sink.’

The clip continued as the mother-of-two as she squealed, ‘Oh my god, they can’t do nothing? There ain’t no big boat that could save it?’ Then she said, ‘It’s gone… it’s gone,’ in her heavy Bronx, New York accent.

‘Bye-bye. Bye,’ she emphasized. For brief moments of silence the subtle crashing of waves could be heard in the snippet.

Tourist spot: Cardi was all smiles as she and her group were approached by locals 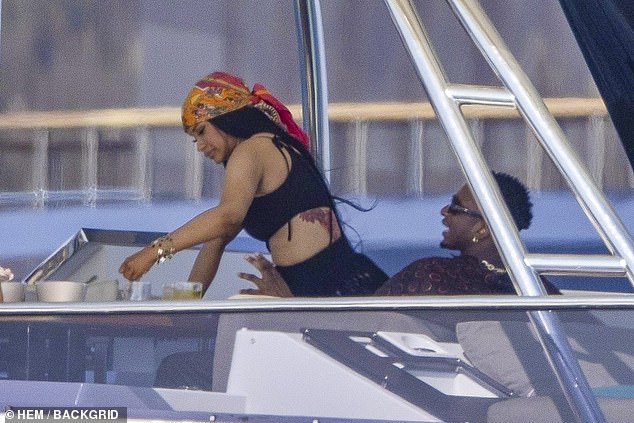 All aboard: Cardi is seen with a pal is she pictured back on her boat 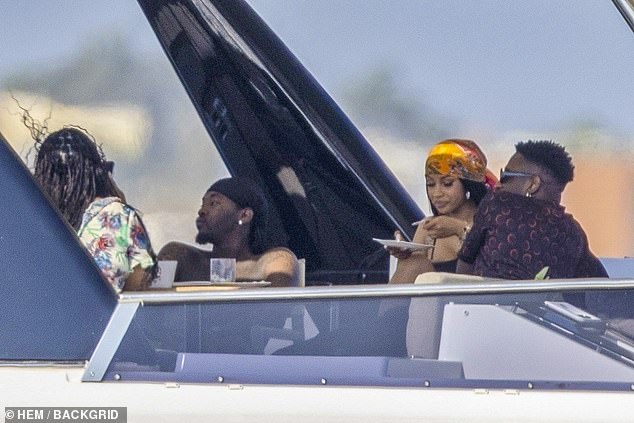 Yacht life: Cardi tucked into a plate of food as she relaxed with pals and husband Offset (left) 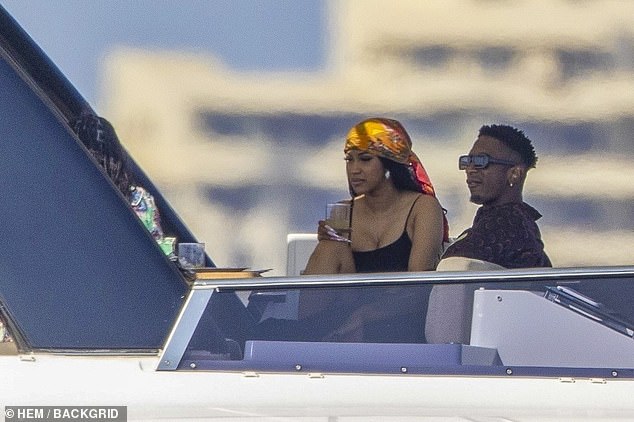 Relaxing: It’s been an eventful trip for Cardi, who revealed to fans that she watched a yacht sink over the weekend

The music star also shared the outtake on Instagram, where she assured her fans that ‘Luckily no one was in there.’

The incident comes just days before Cardi is set to star in a new episode of Nickelodeon’s animated preschool series ‘Baby Shark’s Big Show’ as a parody of herself named Sharki B.

The official synopsis of the episode reads: ‘In the special episode, Baby Shark and William meet the ferociously fun rap icon Sharki B, who is swimming into Carnivore Cove to perform her splash hit dance craze, The Seaweed Sway. 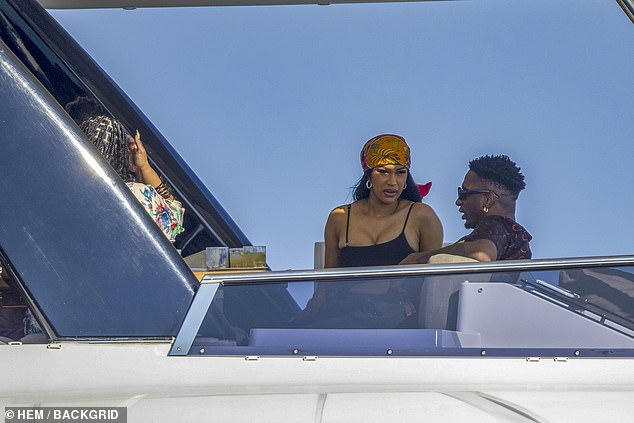 R&R: It is not clear if the rap superstar has her two children with her on vacation 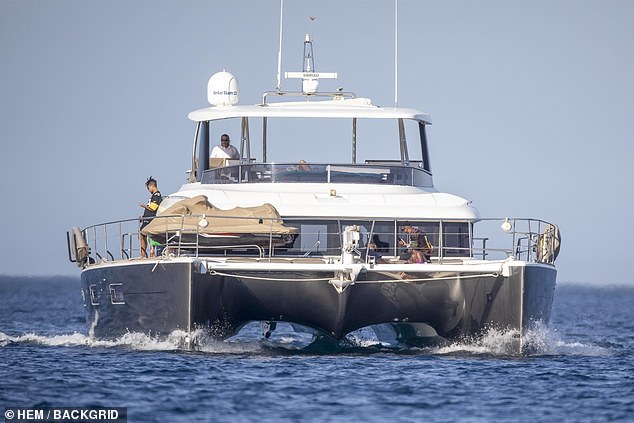 Lap of luxury: The stars are seen taking a boat trip 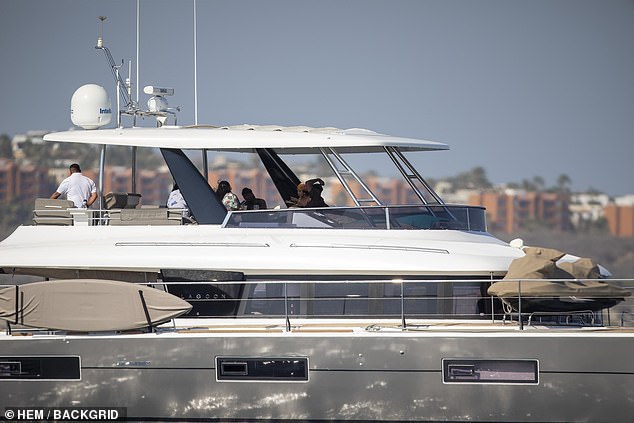 Holiday: Cardi and Offset took to the seas over the weekend 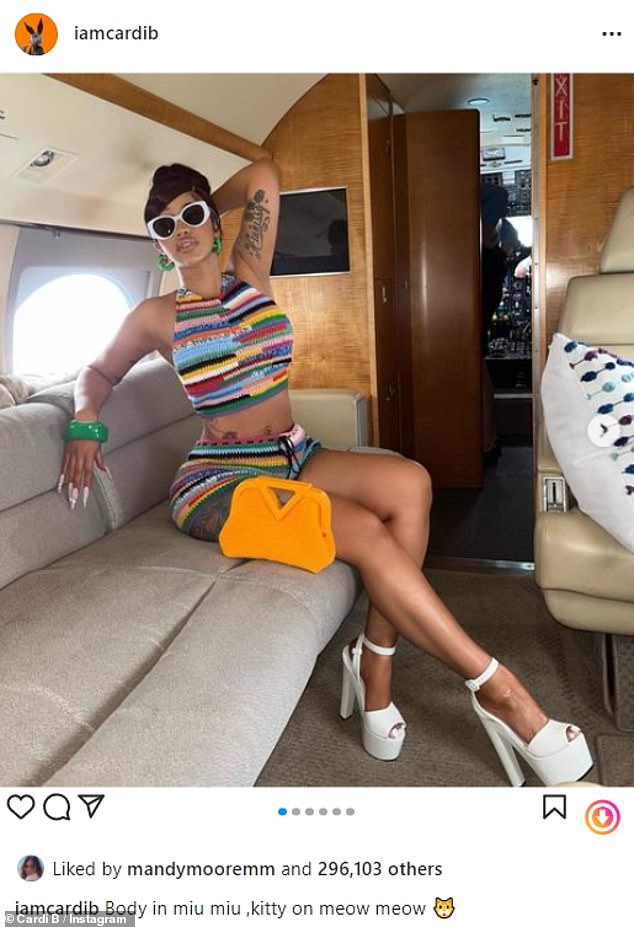 Toned: Cardi B showed off her impressively taut abs as she posed in a crochet halter crop top and matching shorts set while on a private jet 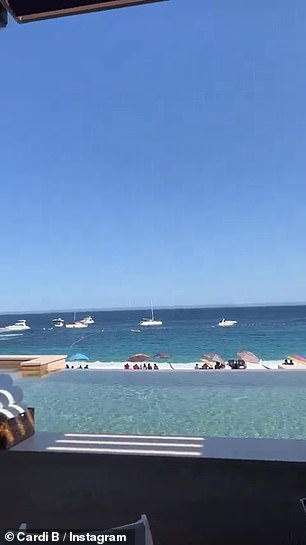 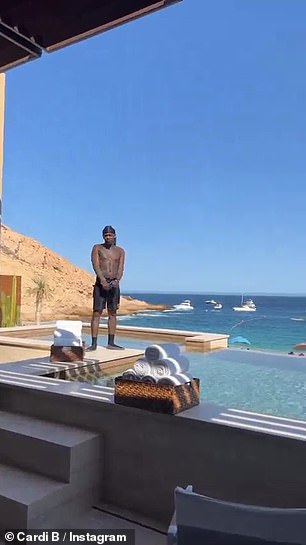 Picturesque: After arriving at her destination, Cardi shared a video of the beautiful view from her beachfront villa, which overlooked an ocean with pristine white yachts floating nearby

‘Sharki asks Baby Shark and William to show her around town before her big concert and perform The Seaweed Sway with her onstage that night. As hard as William tries, he keeps messing up the final move of the dance.’

‘Luckily, thanks to the help of his friends and his musical icon Sharki, William learns that the true secret to great dancing is doing it his own unique way.’

Cardi B’s episode of ‘Baby Shark’s Big Show’ will air on Monday 30 May on Nickelodeon.

Cardi B and Offset first met in 2016, and became an item a year later and eventually married. 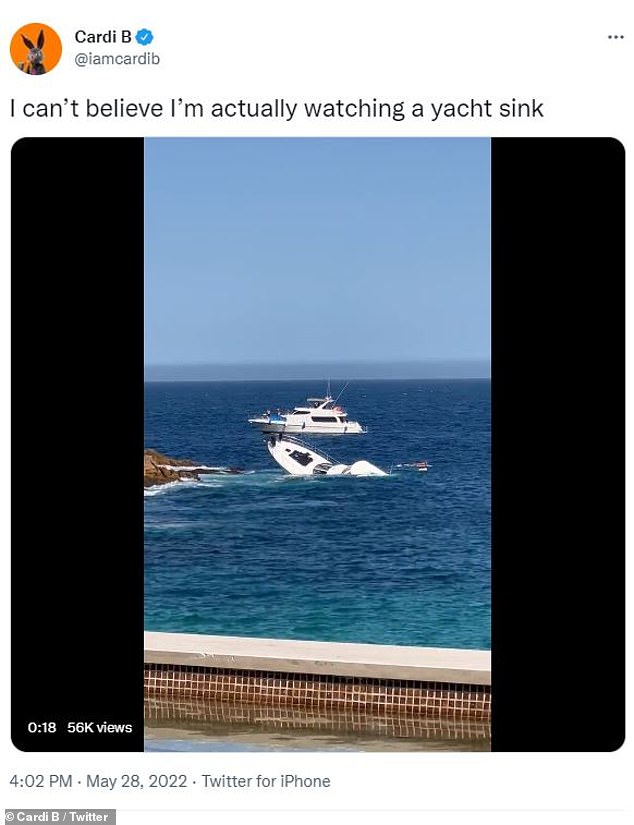 Wild: The pair’s tranquil vacation was soon interrupted when a yacht suddenly sank right in front of their villa 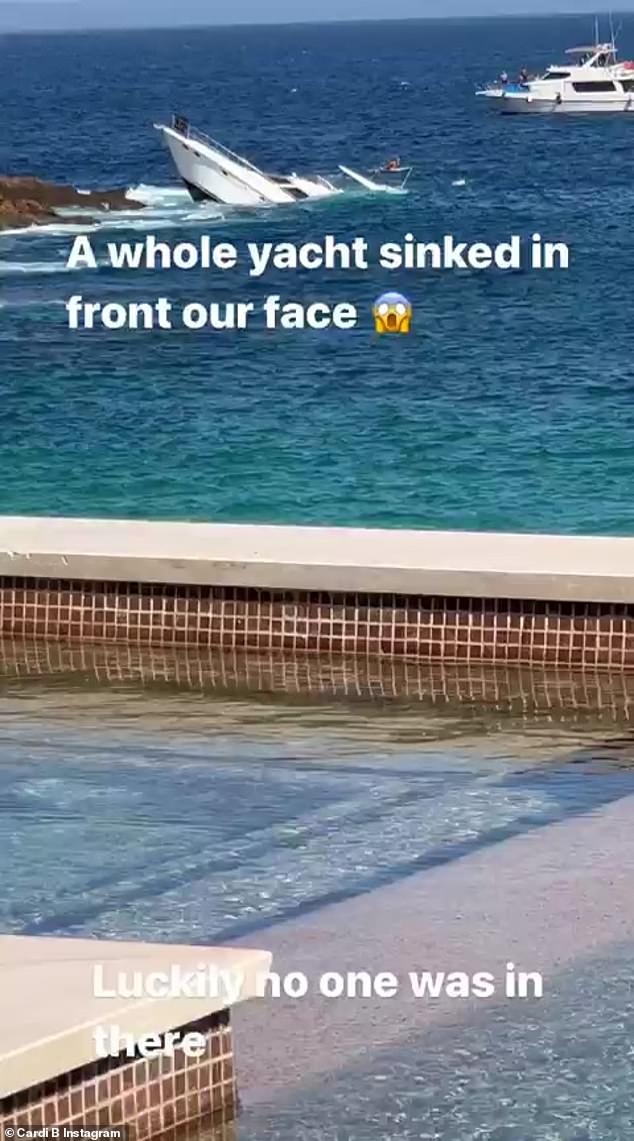 Reaction: Cardi shared videos of the yacht sinking to her Instagram Story, writing, ‘A whole yacht sinked  in front our face. Luckily no one was in there’