Cardiff City’s Premier League dream was dealt a major blow as Fulham knocked them out of the Championship automatic promotion places.

Slavisa Jokanovic inflicted a first home defeat on Neil Warnock’s side during this league campaign as Bristol City moved into the top-two on goals scored.

Floyd Ayite crossed for Tim Ream to put the visitors 1-0 ahead in the first-half before he got on the scoresheet to double the lead in the second-half.

A spectacular strike from the returning Bluebirds striker Kenneth Zohore looked to have sparked a comeback. But Ryan Sessengon made sure Fulham would be the first team to win at the Cardiff City Stadium in the league this season.

There was still time for Callum Paterson to give Cardiff hope in stoppage time, before Stefan Johansen got the fourth with virtually the final kick of the game.

Danish striker Zohore made his long awaited return from injury two months and two weeks after suffering an injury Neil Warnock hoped would only keep him out for seven days.

He looked keen to make up for lost time in the opening minute when he drove forward and had a shot blocked away for a throw-in. 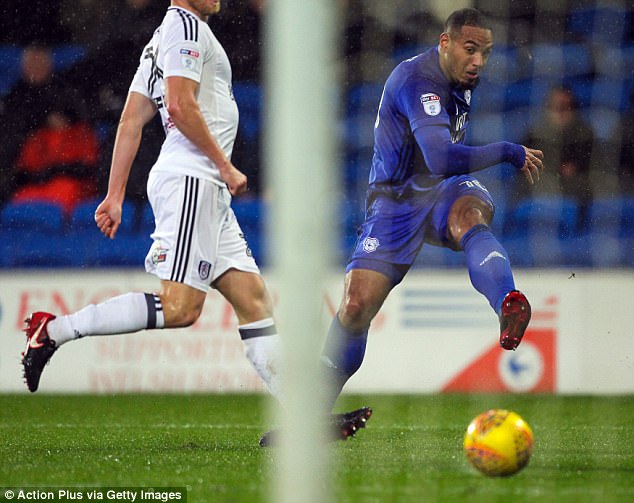 But the visitors hit their stride and felt they should have had a penalty five minutes later when Stefan Johansen burst clear in the box and was scythed down by Bruno Manga.

Referee Simon Hooper waved away strong appeals from the Cottagers’ players and staff, but they did not have to wait long for the breakthrough.

Fulham winger Floyd Ayite swung the ball back into the penalty area after it was cleared by the Cardiff defence. He found the head of Kevin McDonald, who flicked it on for Ream to nod in at the far post.

Joe Ralls had a low shot saved by Marcus Bettinelli, before the Fulham goalkeeper was called into action again to keep his side’s 1-0 lead intact. 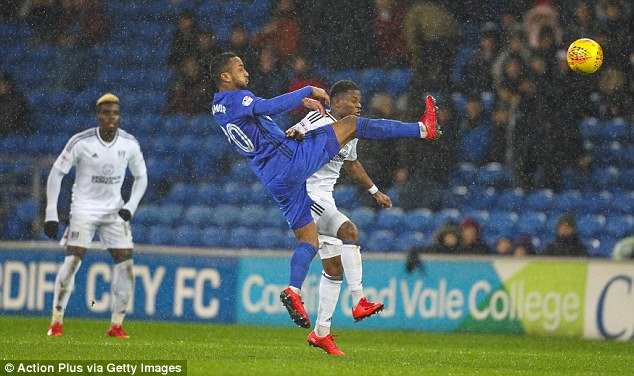 Nathaniel Mendez-Laing crossed to the back-post for Zohore, but Bettinelli reacted to get down and push the ball away.

There looked to be nothing stopping Tom Cairney almost made it 2-0 seven minutes into the second-half when he ghosted past Loic Damour and curled a shoot inches wide of the post.

Sheyi Ojo had another chance to double the lead, before Ayite went from provider to scorer to give Fulham some breathing distance.

The Togo winger started a flowing move, interchanging passes with Sessegnon before winning the race to the ball to find the back of the net. 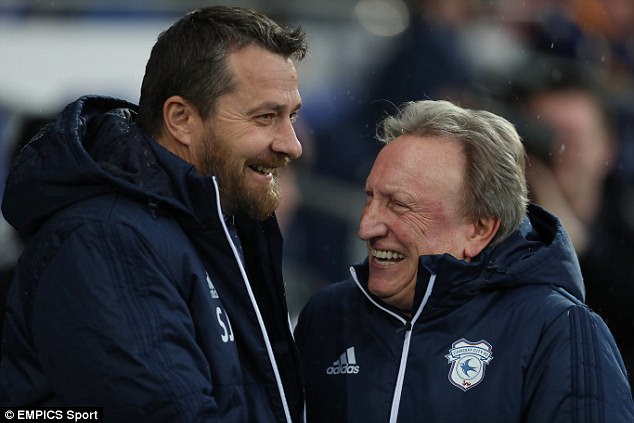 The fightback looked to be on two minutes later when the ball sat up for Zohore to unleash a fierce left-footed volley to make it 2-1.

Cardiff pressed for the equaliser that would have kept them in the top-two, but their eagerness to attack proved to be their downfall.

Substitute Rui Fonte broke downfield and spread the ball to the onrushing Sessengon, who touched the ball past Sol Bamba and finished into the bottom corner.

There was still time for Lee Peltier to cross for Paterson to give Cardiff hope in stoppage time, but Johansen chipped in on the break to make sure of victory.