Cardinal George Pell will return to a Melbourne court for a decision about whether he should stand trial over historical sex offence charges.

The 76-year-old and his lawyers want the case against Australia’s most senior Catholic thrown out, and magistrate Belinda Wallington is due to hand down her decision on Tuesday.

Pell, who took leave from his position as Vatican treasurer to fight the charges, faced a four week-long pre-trial committal hearing in March to determine if he will stand trial.

During the hearing, the defence repeatedly attacked the police investigation into Pell, which began in March 2013 before any crime had been reported.

In April the defence and prosecution returned to Melbourne Magistrates Court for further legal arguments. Pell was excused from attending.

Defence barrister Robert Richter QC argued Pell had been targeted as Australia’s most senior Catholic amid hatred and public furore over the church’s response to clergy abuse.

Mr Richter suggested some of the allegations were the product of fantasy, mental problems or pure invention. 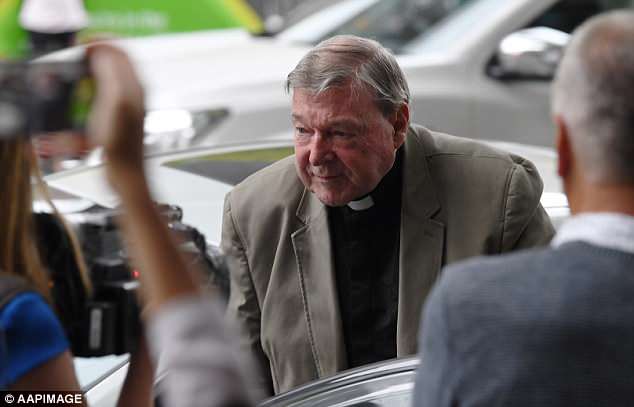 He also suggested claims about Pell made in a television program led to other people making complaints against the cardinal, creating a kind of public furore.

But crown prosecutor Mark Gibson SC said the defence attack on the complainants’ credibility amounted to nothing more than ‘a conflict in the evidence’, which was up to a jury to decide.

Mr Gibson said there was no evidence to back the defence theory that Pell was being targeted because the church had failed to stop sexual abuse.