The care sector could be plunged into financial crisis as fearful families choose not to put their loved ones in homes, experts warned last night.

Resident numbers could plummet by as much as ten per cent as a result of deaths from coronavirus, as well as fears about going into care.

This would leave more than 40,000 empty beds in care homes across the UK.

Lawyers, care providers and charities say they have been ‘inundated’ with calls from families wanting to remove relatives from homes over fears the facilities are ‘ticking time bombs’.

And a leading analyst said it will take the sector at least two years to recover from the sharp dip in income – with another expert predicting Covid-19 could be ‘the straw that broke the camel’s back’.

It comes after the Mail revealed the devastating toll of the Government’s policy of encouraging care homes to take in discharged virus patients.

Yesterday Cabinet Office Minister Michael Gove admitted there are ‘big lessons to be learned’ from the treatment of care homes during the crisis.

After research last week suggested more than 22,000 residents in England and Wales may have now died from the virus, Britain’s largest care provider, HC-One, revealed it has already suffered a six per cent fall in occupancy levels – more than 1,000 residents – largely driven by Covid-19 deaths.

Nick Hood, of Opus Restructuring, which advises social care operators, said the ‘occupancy drop could easily reach as high as ten per cent’.

William Laing, of care industry analysts LaingBuisson, predicted a ‘hit of five per cent plus’, adding: ‘This will be due not only to mortality itself, but also people not wanting to go into care homes. They are more likely to want to have live-in care.’

Trudi Scrivener, who runs Ashridge Home Care in Berkshire, said she has seen a ‘huge increase’ in families wanting to remove loved ones from homes or withdraw plans to admit them.

‘It’s really frightening for relatives. They can’t go in and visit family members and they’re scared. I’ve been inundated with requests’, she said. 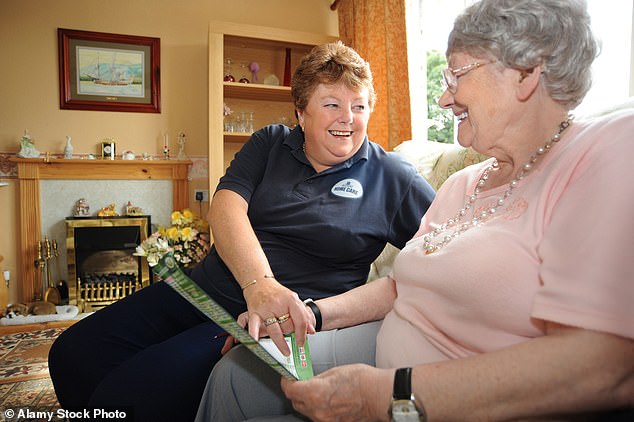 Miss Scrivener, 51, who helps run a body representing 21 live-in care providers, said inquiries have almost doubled for all these home care operators during the virus crisis.

‘It’s not just family members calling us’, she said. ‘We had an inquiry directly from a chap with capacity in a home wanting to come home. He is now safely in his own home with live-in care.’

Emma Jones, a human rights solicitor at Leigh Day, said before coronavirus it was ‘highly unusual’ to be approached by clients wanting to move relatives out of care homes.

‘Now I’m in the position where there are a number of people contacting me every week,’ she said.

Miss Jones added: ‘There is fear about hospital discharges, the lack of PPE equipment, [families] can’t even visit them.

‘It’s easy to understand how people see this as a ticking time bomb.’

Charity Age UK said it has also been helping families who want to withdraw their relatives from care ‘to try to safeguard them’.

With care homes spending £38.6million a week on Covid-19 costs, experts warn the sector is ‘hanging by a thread’.

Mr Hood said operators were ‘barely profitable before coronavirus, now the revenue’s dropping like a stone and costs are rising like a rocket.’ He added: ‘I think it will cause some operators to fail.’

Local authorities have been given £3billion to help services such as care homes.

Mr Gove said the Government had taken ‘significant steps’ to improve the situation of those in care.

But he told The Andrew Marr Show: ‘We are still living through this pandemic and there will be lessons to be learned.’

HC-One said the outbreak has been ‘hugely challenging’ but insisted facilities will return to being ‘as popular as ever’.

A daughter accused a ‘heartless’ hospital of putting the vulnerable at risk after she claims it tried to send her mother to a care home without telling staff she had tested positive for coronavirus. 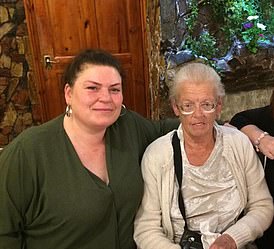 It was only after Miss Goddard rang Protheroe House, the care home in Tottenham, that staff there learned the grandmother – who had vascular dementia – had tested positive. Miss Goddard said that the care worker was in shock about being ‘kept in the dark’. She added: ‘It is outrageous because the manager told me there were other vulnerable and elderly care residents there.’

In the end her mother was placed in another home – which had been made aware of her infection – where she died last Wednesday.

At the time Government guidance said patients could be released into care if they had tested positive or not been tested.

A North Middlesex University Hospital spokesman said it is investigating.

By Liz Hull for Daily Mail

A CARE home has hiked the fees for an elderly dementia sufferer by more than £300 a month to pay for PPE during the coronavirus pandemic, it was claimed last night.

Kevin Meridith said his father, Doug, 81, had been told the cost of his wife Pat’s care was going up by £75 a week from May 1.

In a letter, Chestnut House care home in Manchester claimed they had to increase Alzheimer’s sufferer Mrs Meridith’s fees due to ‘increased costs’ for protective equipment and staff.

They added that the price increase was also due to bigger ‘living wage, pensions and supplier costs,’ since April.

But Mr Meridith said his father, who receives no financial support from the local authority and pays his 79-year-old wife’s monthly fees from his pension, would struggle to cover the £575-a-week fees.

Mr Meridith said his father was not ‘a rich man’, and added that the care home ‘have not given us any warning, just told us it is going up from May 1 and that’s that. It is ridiculous, it is not right’. Chestnut House failed to respond to requests for comment.

A spokesman for Manchester City Council said: ‘From the outset of the pandemic we were aware that the care sector would need additional support.’

They said the council was ‘in daily contact’ with care homes to ensure they are coping in the pandemic.

They added: ‘We will be shortly speaking directly to our providers about additional financial support we can offer in regard to… the continued costs of fighting Covid-19.’