Care worker, 25, ‘murdered his landlady’s daughter, 13′ by stabbing in the neck’

A care worker murdered his landlady’s 13-year-old daughter by stabbing her in the neck after she warned she had a ‘hold on him’ because of their secret sexual relationship, a court heard today.

Stephen Nicholson, 25, allegedly had a year-long sexual relationship with Lucy McHugh, starting when she was 12, after moving into her mother’s home in Southampton, Hampshire.

Nicholson carried out the brutal murder of the schoolgirl in woodland near her home, stabbing her repeatedly in the neck and upper body, a court heard.

Prosecutors claim he then fled the scene, dumping bloody clothing in a small stream nearby, leaving her to bleed to death.

The tattoo artist is also accused of having underage sex with another girl five years before murdering Lucy.

A jury heard the killing happened just days after a blazing row between Lucy and Nicholson at her home, during which she told him it was ‘all his fault’ and that she ‘had a hold on him’. 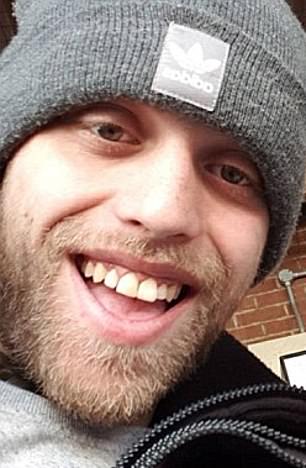 Stephen Nicholson, 24, (right) is accused of murdering Lucy McHugh (left) who was found with stab wounds in woodland near her home in Southampton, Hampshire 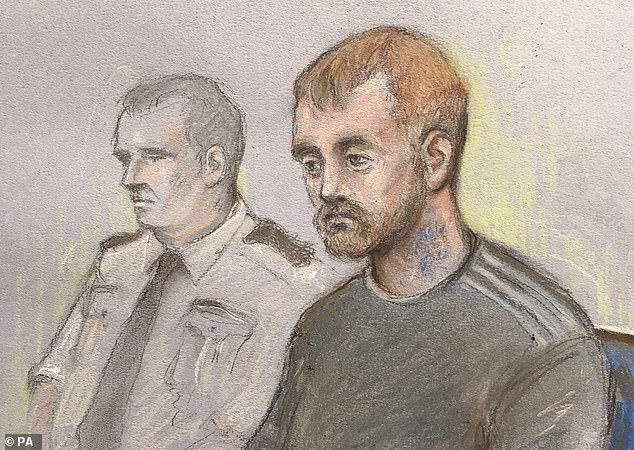 Stephen Nicholson, 25, (right) of no fixed address in the dock at Winchester Crown Court where he is accused of repeatedly stabbing 13-year-old Lucy McHugh in the neck and upper body in woodland

Tragic Lucy disappeared from her home in Southampton on July 25, last year, with her panicked mother and friends frantically searching for her.

Several CCTV cameras captured her making the final walk to her death, with the last one being a Tesco CCTV camera at 9.30am that day, as she allegedly went to meet Nicholson in woodland at Southampton Sports Centre.

Following the brutal stabbing, Lucy’s body was discovered almost a day later by a dog walker, sparking an investigation which prosecutor William Mousley QC said led to a ‘compelling case’ against Nicholson.

Opening the case today at Winchester Crown Court, Mr Mousley told jurors Nicholson had been friends with Lucy’s stepfather Richard Elmes, 22, and moved in to their home. 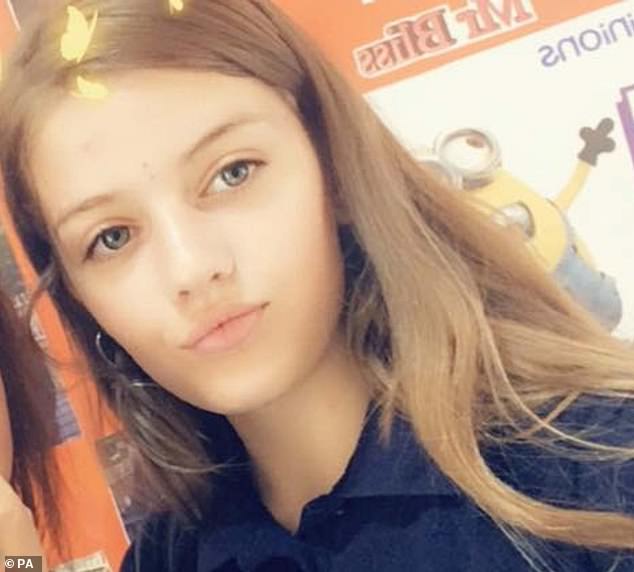 Lucy, pictured, 13, was found dead in woodland at Southampton Sports Centre in July

However, during the time he lived there, family members often witnessed the pair arguing, believing it was because Lucy fancied him.

But Mr Mousley told jurors what Lucy’s mother Stacey White, 31, and Mr Elmes did not know was the pair were actually in a sexual relationship, despite him being an adult 10 years older than her.

The prosecutor said: ‘This case concerns the vicious murder of Lucy McHugh, a 13-year-old girl, on July 25, last year, in woodland at Southampton Sports Centre.

‘She was repeatedly stabbed to the neck and upper body and bled to death as a result.

‘The killer, who the prosecution say was Stephen Nicholson, then left her either dying or dead in a hidden area and made his escape. 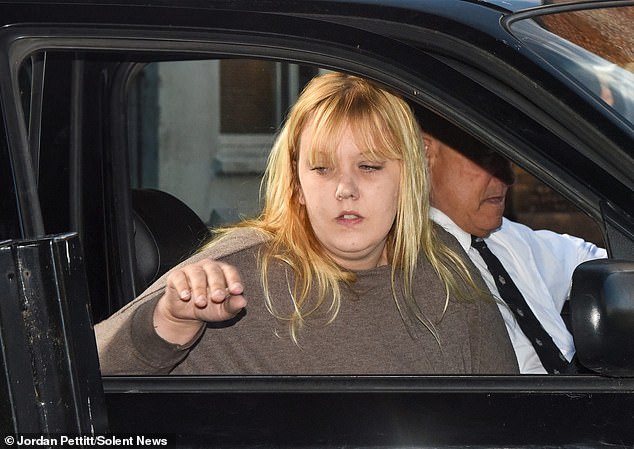 Stacey White arrives at Winchester Crown Court this morning ahead of the trial of Stephen Nicholson, 24, who is charged with the murder of her daughter Lucy McHugh 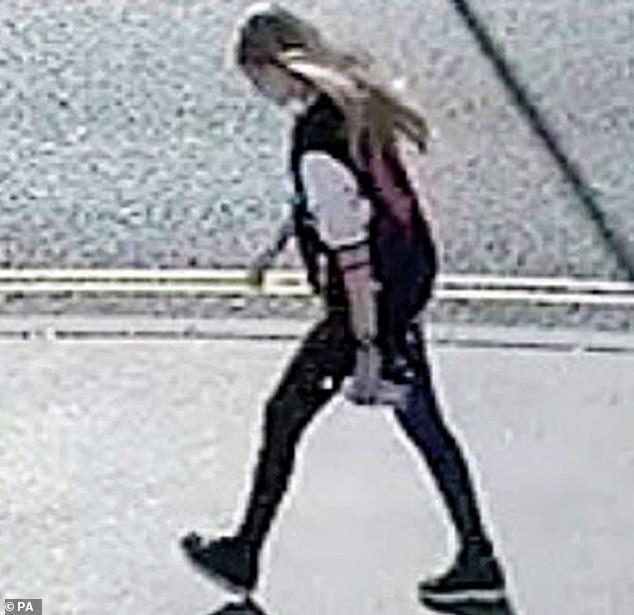 ‘The investigation enabled a complete picture to be established of events and the behaviour of Stephen Nicholson before, during and after the day of the murder which makes for a compelling case.

‘A range of evidence led to the obvious conclusion that he was responsible.

‘The evidence gathered also identified a series of sexual offences he had carried out against Lucy in the year before killing her as well as another offence against a single teenage girl in 2012.

‘Stephen Nicholson was a good friend of Mr Elmes and had been lodging with the family for more than a year, up until shortly before Lucy dies.

‘He had a bedroom opposite Lucy’s. It was clear to family members and visitors there were problems between Nicholson and Lucy which led to arguments which were getting worse in the lead up to her death. 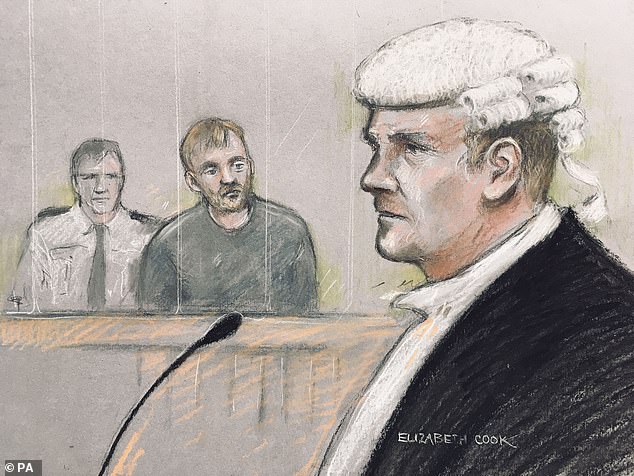 ‘As a response, one or the other would then stay away from the home. To those who witnessed this, they saw the cause being the behaviour of Lucy towards Nicholson.

‘She was wanting his attention, as if she had a crush on him. However, as the investigation continued there was another explanation which was kept secret from her family.

‘That concerned a sexual relationship which had begun in May 2017 between a 23 or 24 year old man and a 12 year old girl.

‘Lucy broke up from school for the summer on July 20, [2018]. On Monday or possibly the Sunday evening after that, Nicholson went to her home to feed his reptiles he kept there.

‘There was a big argument between Lucy and Nicholson, which a friend of his witnessed. During the course of the argument, Lucy shouted at Nicholson ‘this is all your fault’. 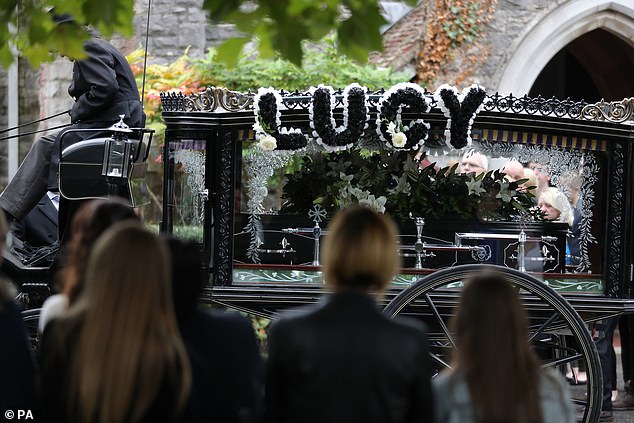 A horse-drawn hearse carrying the coffin of 13-year-old Lucy McHugh after her funeral ceremony at Hollybrook cemetery in Shirley, Southampton, in August last year

‘Stephen Nicholson was told to leave and as he did, Lucy shouted from her bedroom words to the effect of ‘I have got a hold on you anyway’.’

The closest police have ever got to finding a murder weapon was discovering two pieces of plastic from a knife handle – one found on her body and the other nearby, the jury was told.

Mr Mousley said Lucy had been repeatedly stabbed, suffering a series of wounds caused by a seven centimetre knife and one ‘catastrophic wound’ to a major artery which caused severe bleeding.

The court heard Nicholson was a keen angler and had been seen with a flick knife. Mr Mousley added: ‘Lucy McHugh had been stabbed multiple times to the neck with a single bladed knife.

The wounds can only have been caused by someone who intended her to die. ‘There was a small piece of plastic handle nearby and a further piece was found when her body was examined.

Both were from a knife and the two pieces fit together. ‘They are the closest the police have got to being able to identify a murder weapon.’

The court heard Nicholson’s phone was last tracked to the home of an elderly man he cared for close to Southampton Sports Centre, where it was left.

The day before the alleged killing he ordered new pair of trainers online with next day delivery from that address and shortly before her death he was spotted in a Tesco store buying a two litre bottle of Dr Pepper, cider and three packs of Lambert and Butler cigarettes.

Mr Mousley added: ‘On July 24, data retrieved from Facebook showed she was trying to make contact with Nicholson. The data does not provide the content of the messages, simply the fact there had been, on the face of it, contact.

‘At about 7.30am the next day, Lucy sent a message to Nicholson, again the content is unknown.

‘She left home at 8.59am, telling her brother she was going to see a female friend and would be home about 7.30pm, which seems to be the time she was generally expected home.’

Tragically, that was the last time her family saw her alive.

He also denies sexual activity with a child relating to another girl five years earlier, which happened just yards from where police discovered Lucy’s body.