Carer, 58, dies from coronavirus with picture of her daughter and granddaughter in her hand after thinking she had beaten the disease

A carer who thought she had beaten coronavirus has died from the virus while holding a picture of her daughter and granddaughter.

Sue Cairns from Manston, Kent, died at the Queen Elizabeth The Queen Mother Hospital (QEQM) in Margate after fighting coronavirus for 18 days.

The care home worker was diagnosed with coronavirus at the QEQM hospital after developing a cough and was allowed to return home but was readmitted after her condition deteriorated.

She died four days later on May 2 before her daughter Laura, 29, had arrived at her ward.

Care home worker Laura Cairns, 58, (pictured) died from coronavirus at the Queen Elizabeth The Queen Mother Hospital (QEQM) in Margate while holding a picture of her daughter and granddaughter 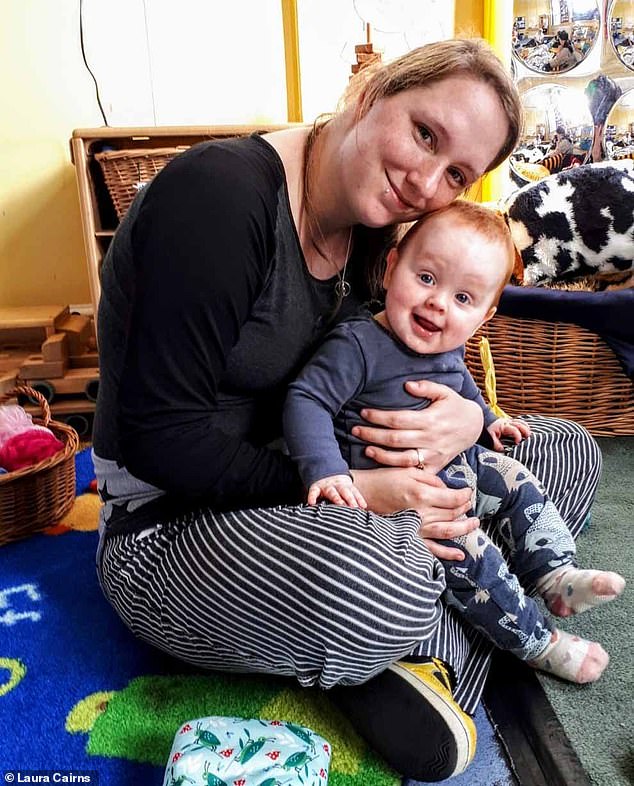 She passed away while holding this picture of her daughter Laura, 29, and granddaughter Marissa, 1 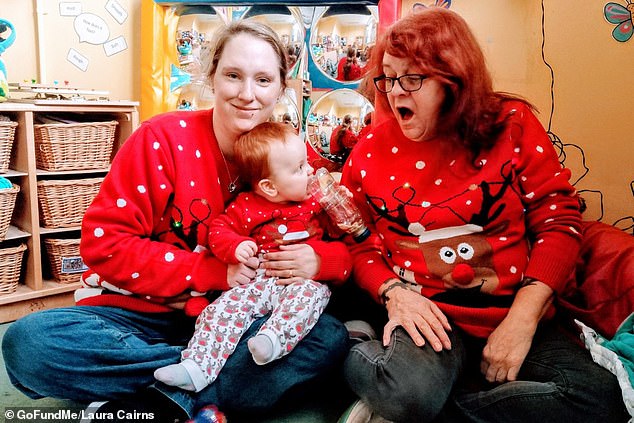 The last text message Laura received from Sue said: ‘I’m not quite there yet but I’ve got this. I love you all so much.’

Although Laura was able to say goodbye in full protective gear, she wasn’t able to hug or kiss her mother.

The Mirror reports that she said: ‘By the time I got to the ward, she was gone. I was allowed to say goodbye in full protective clothing, including a hazmat suit, but I couldn’t hug or kiss her.

‘She was still holding the picture of me and my 15-month-old daughter Marissa.’

She added that she is devastated by the loss and isn’t sure how she is still standing. 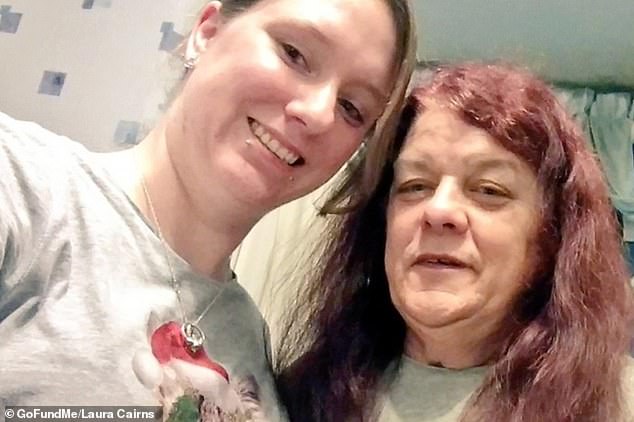 Laura Cairns (left) arrived at her mother’s ward after she had died and wore full PPE gear to say goodbye. She was not allowed to hug or kiss her mother 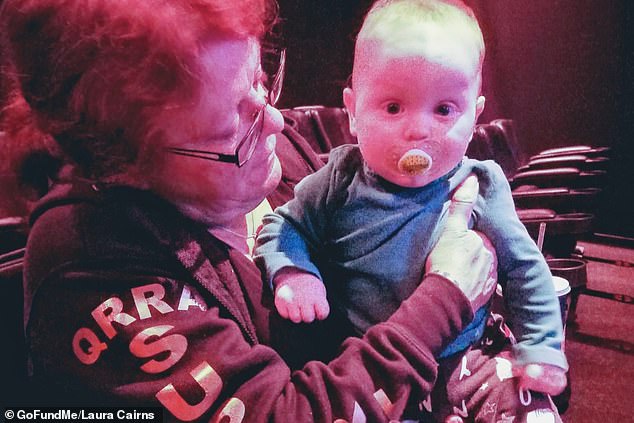 Sue died four days after being readmitted to the QEQM. She managed to video call her family the day before she passed away

Laura, 29, said she lost her best friend, according to KentOnline.

Laura said: ‘She was funny, caring, and warm and a great mum and nan. She was full of life and loved to party,’ she said.

‘We managed to get a video call with her the day before and she watched her granddaughter Marissa, who is 15 months, dance about.

‘It seemed to perk her up and we were talking about what we would do when she got out and the lockdown was lifted.’

She had previously suffered with pneumonia in December and it is thought this could have weakened her resistance to the virus. 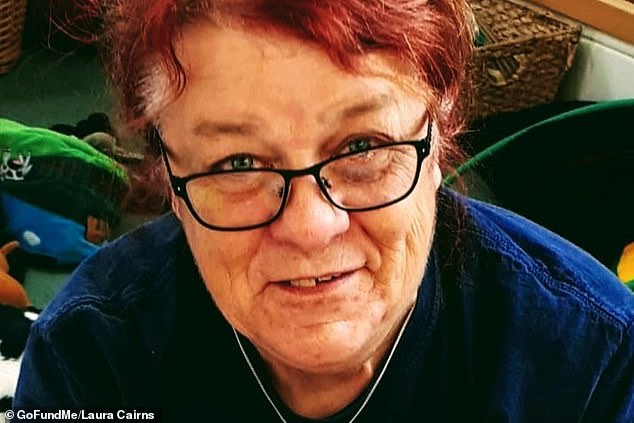 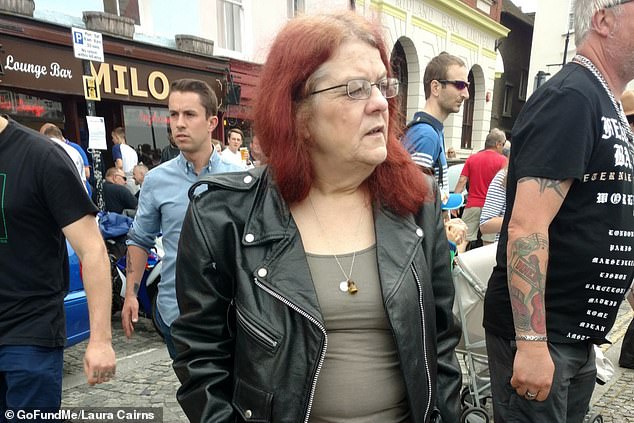 Sue was described as a doting mother and lovable biker woman. She will be dressed in her leather jacket at her funeral which will be live-streamed

Working as a frontline carer, Sue was said to be fearful of catching coronavirus and had asked a friend to make her a cloth face mask because of the PPE shortage.

Her last shift was April 14.

Laura believes that the Government has abandoned care homes, leaving workers like her mother Sue without the PPE she needed.

She described her mother as a lovable biker woman and doting mum who enjoyed attending rock music festivals.

It is hoped that bikers will escort her on her way to the crematorium and Sue will be dressed in her leather jacket, favourite black jeans and her Dr Martens with painted flowers on.

Bill Fury was Sue’s favourite musician and Laura expects to play some of his music at her mother’s funeral which will be live-streamed.

A GoFundMe page has been set up to help cover the costs of Sue’s funeral.