Disability carers who beat up a severely autistic 14-year-old boy they were supposed to be looking after then casually discussed how to cover up his bruises, audio recordings reveal.

In damning recordings obtained by the ABC, two carers launch a tirade against the boy, who is profoundly disabled and struggles to communicate effectively.

The two men, who were supposed to be getting the boy ready for school at an unknown group home in 2016, repeatedly swear at him, calling him a ‘c**t’ and ‘stupid f**k’.

The incident occurred before the Ageing and Disability sector was privatised but happened in a non-government, not-for-profit group home for teenagers.

It was recorded on audio software, and a repeated refusal by the young boy could be heard before one of the carers threatened to bash him if he didn’t take his pants off.

‘I just wanna beat these kids without risk,’ he was later heard saying to his colleague, after the pair worried over whether a neighbour heard the altercation.

While the young boy can be heard screaming and crying for help in the background, his voice is muffled by the sound of the two carers laughing.

Immediately after his distressing screams, the two carers turn their attention to a growing bruise on him.

‘We’ll just say he slipped over. If he did. F*** I hope I didn’t graze bra,’ one of the carers can be heard saying.

One of the carers responded by suggesting he rubbed his itchy nose into the blanket, in a 10-minute discussion regarding how they could avoid punishment for their actions. 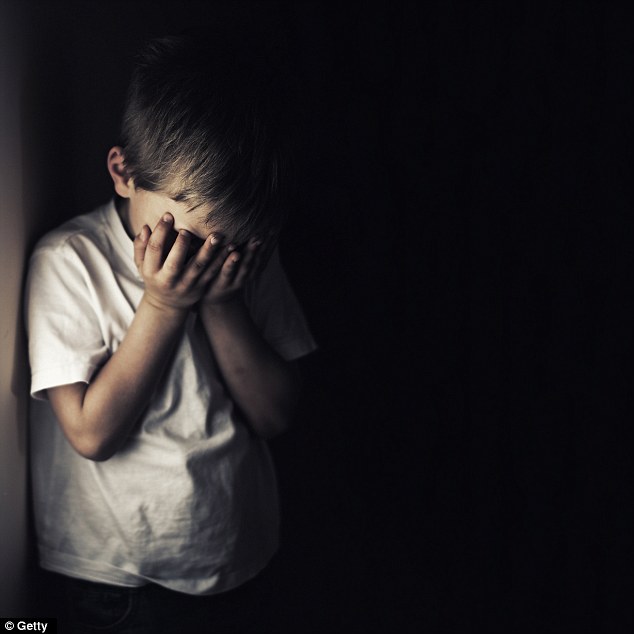 The two men, who were supposed to be getting the boy ready for school at an unknown group home in 2016, repeatedly swear at him, calling him a ‘c**t’, and ‘stupid f**k’ (stock image)

The group home reported the audio to the Children’s Guardian, Police and New South Wales Ombudsman, which offered to revoke the pair’s Working With Children check.

The organisation responsible for the group home fired both people involved. However, the ABC learned both carers had since applied for positions in aged care.

Members of the Save Ageing Disability and Home Care Services Facebook page said the footage was ‘absolutely disgusting’.

‘This is only the tip of the ice berg. A few of these people work in the disability sector because they can get their kicks,’ one wrote.

‘How come no one else in the home stands up to them and reports these cases? It has to stop.’

‘Unfortunately, it’ s going to be a sign of things to come,’ another member said, ‘especially as NGO’s [non-government organisations] continue to replace trained ADHC staff with casual, unskilled replacements to cut costs.’

Greens senator Jordon Steele-John said the footage was a prime example of why the upcoming inquest into aged care should be broadened to include disability care as well.

‘You wouldn’t treat a dog in the same way those two men were treating that child and those kind of abuses need to be fully investigated,’ Steele-John said.