Carla Zampatti’s final farewell: Legendary Australian fashion designer scoffed at the idea of retirement and discussed her love of parenthood in a touching interview and family photo shoot – just weeks before her death

Carla Zampatti died on April 3, a week after falling down the stairs at the opening night of the La Traviata opera on Sydney Harbour.

Weeks beforehand, the legendary Australian fashion designer reflected on her incredible life in an interview with The Australian Women’s Weekly, which hits the stands on Thursday – a few weeks before what would have been her 79th birthday.

She posed for the shoot at her Sydney home alongside her daughters Bianca and Allegra and five of her nine grandkids. No one could have known it would be Carla’s final interview.

A touching tribute: Weeks before her death, Carla Zampatti posed for what would sadly be her final magazine shoot. Pictured alongside her eldest granddaughter, Brigid Schuman

During the interview, Carla insisted she had absolutely no plans of retiring because she simply had too much to do.

The renowned family woman also discussed the joy’s of parenthood, saying: ‘I was in awe of going into hospital and seeing a human being come out of you.

‘It’s an experience I would love everyone woman to have.’ 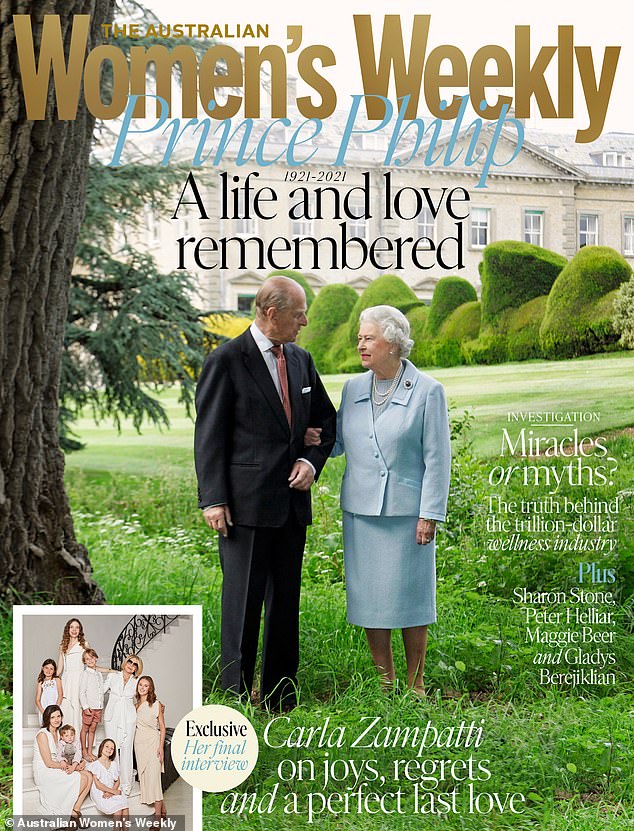 More: During the interview, Carla insisted she had absolutely no plans of retiring because she simply had too much to do. The full article appears in The Australian Women’s Weekly May issue on sale Thursday April 22 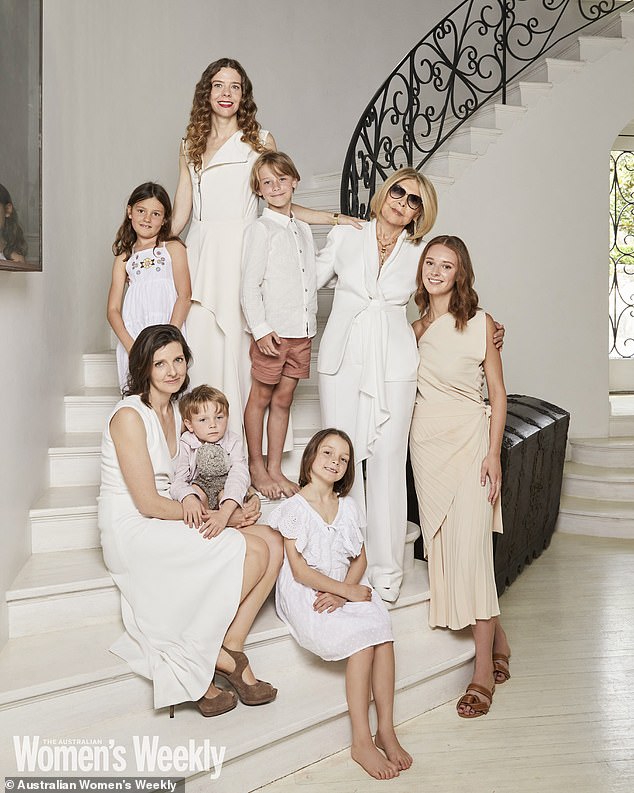 Stunning, as usual: In the images, Carla was dressed in a show-stopping white blazer and matching trousers, teamed with a pair of white stilettos and statement sunglasses. Pictured with Brigid, her daughters Bianca and Allegra and four of her grandchildren

The trailblazer talked openly about her childhood in Italy, her strict parenting ideologies, her two marriages and her feelings about an ongoing romance with a special partner that started more than two years ago.

Carla was dressed in a show-stopping white blazer and matching trousers, a pair of white stilettos and some statement sunglasses.

She looked the epitome of happiness as she clung to her daughters in the stairwell of her Woollahra mansion.

The entire family dressed in light beige and white and were always smiling in the company of the fashion icon. 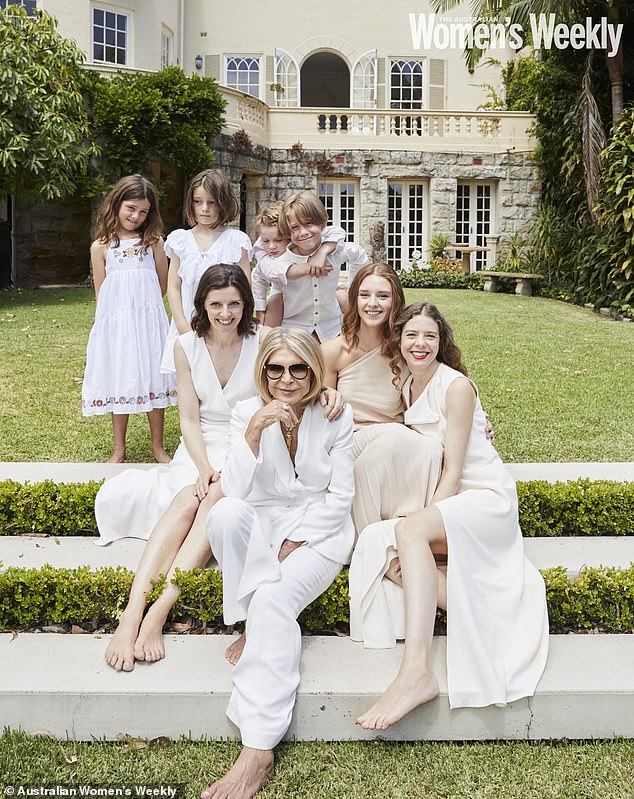 All smiles: Carla looked to be the epitome of happiness as she held on to her beautiful daughters Bianca and Allegra, in her epic Woollahra mansion

The designer died on April 3, days after a fall at an outdoor opera performance.

Australian Women’s Weekly editor Juliet Rieden was sitting just seats away from Carla during the opening night of La Traviata.

The last words Carla said to her were: ‘I can’t wait to see our story in the magazine this month.’

Born in Italy in 1942, Carla migrated to Australia with her parents in 1950 and set up her famous label at just 24.

Her designs have been worn by some of Australia’s most influential women, including Princess Mary of Denmark, Australia’s first female prime minister Julia Gillard, Oscar-winning actress Nicole Kidman and Gladys Berejiklian.

The full article appears in The Australian Women’s Weekly May issue on sale Thursday April 22. 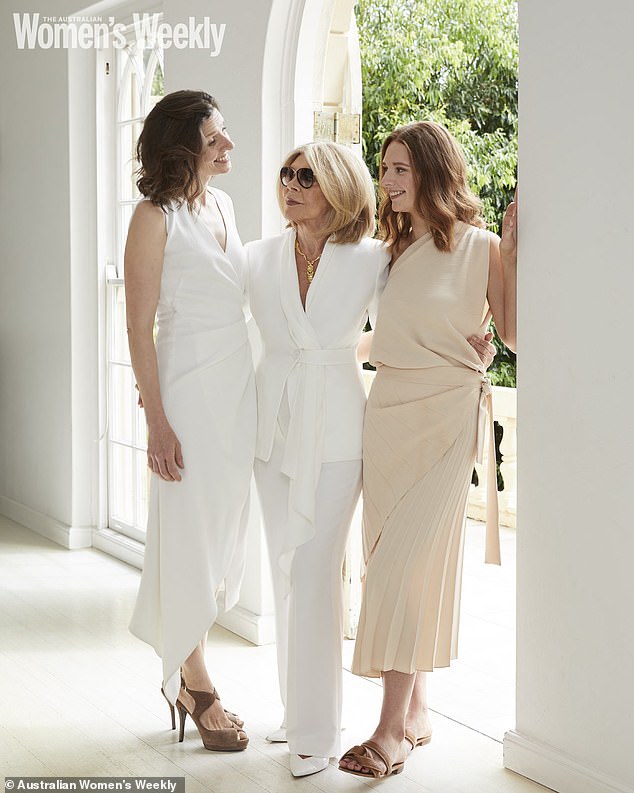 Passing: Carla tragically died on April 3, days after a fall at an outdoor opera performance. Pictured with her granddaughter Brigid (right) and daughter Allegra