‘I know they will support ME!’: Carlo Ancelotti insists Everton fans want him to lead Real Madrid to Champions League glory against Liverpool, despite his abrupt exit from Goodison Park to return to the Bernabeu last summer

Carlo Ancelotti is certain that Everton fans will be supporting his Real Madrid side when they take on Liverpool in the Champions League final on Saturday.

The Italian spent 18 months at Goodison Park before returning to Spain for his second spell at the Bernabeu last summer.

He maintains that he looks back on his time at Everton fondly, and is confident their supporters will be backing him to beat Liverpool to European football’s biggest prize. 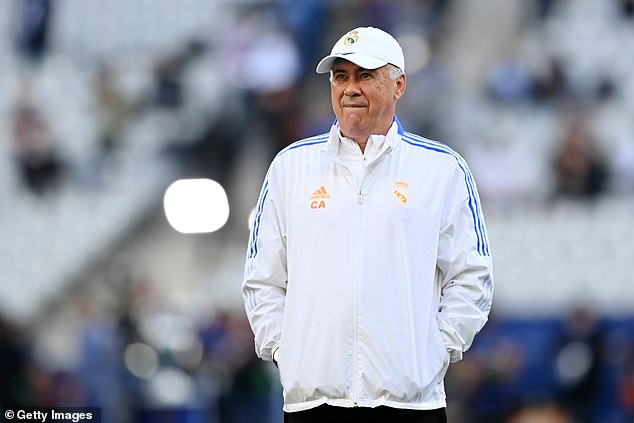 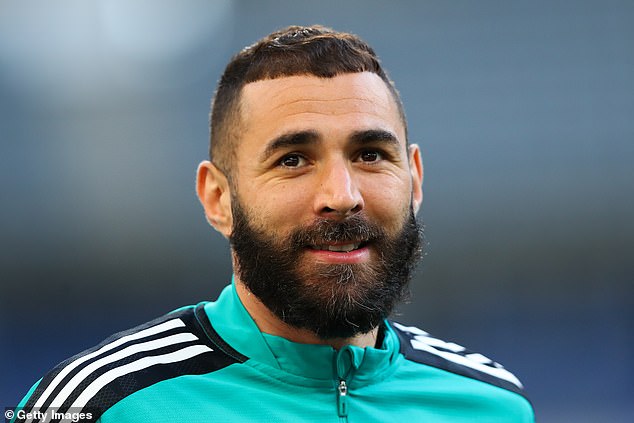 ‘I know that the Evertonians support us tomorrow for sure,’ Ancelotti said at his pre-match press conference in Paris.

‘I have good memories of my time spent on the blue side and I know they will support me.’

Ancelotti has not always spoken in glowing terms about his stint on Merseyside as he appeared to aim a dig at the Toffees back in November.

When asked whether he found it more difficult to manage Real Madrid or Everton, Ancelotti responded: ‘It’s better to have a Ferrari than a Fiat 500.’ 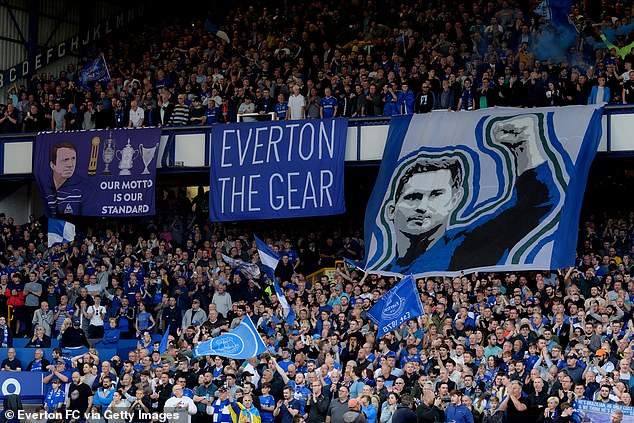 However, he now seems to have changed his tune, just under a year after he abruptly departed the Premier League club to replace Zinedine Zidane in the Spanish capital.

Ancelotti is set to be in the dugout for his fifth Champions League final at the Stade de France – no other manager has achieved this feat.

He has won three of his previous four finals, with his only defeat coming against Liverpool with AC Milan in their memorable 2005 clash in Istanbul.

A victory on Saturday would earn Real Madrid their second piece of major silverware in Ancelotti’s first season back at the helm, after they wrapped up another LaLiga title earlier this month.