By Lily Waddell For Mailonline

Carol Vorderman’s extraordinary bikini snap was taken to space by her astronaut friend who works for NASA.

The Countdown queen cherry picked a swimsuit photo from her holiday to the British Virgin Islands more than a decade ago when she was 46.

In the sunny picture, the 58-year-old presenter got jaws dropping with her ample cleavage in a mocha shade string bikini.

Carol’s astronaut pal snapped a photo after having laid out the game show presenter’s bikini picture on the window of the spaceship overlooking earth.

Sharing the snap, she wrote on Twitter: ‘FIRST SUNBATHING IN SPACE?

‘Persuaded an astronaut buddy to take my pic to the International Space Station and take a photo of it with the earth behind.’

Carol has previously dated an astronaut and she joined the board of directors at NASA’s Challenger Centre for Space Science Education in 2015. 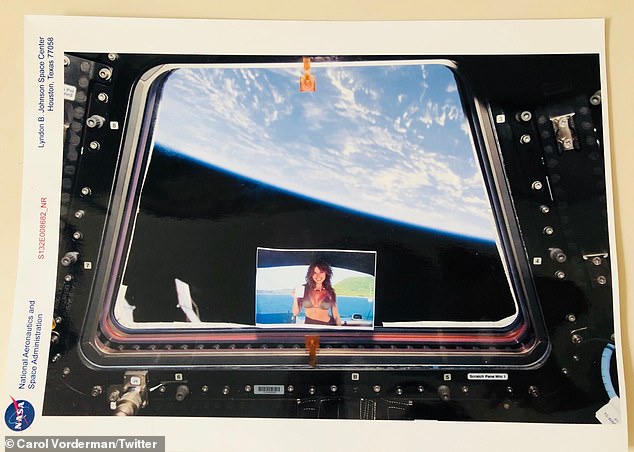 Out of this world: Carol’s astronaut pal snapped a picture after having laid out the game show presenter’s bikini picture on the window of the spaceship overlooking earth

In September last year, Carol said even though their romance didn’t work out she counts the astronaut as one of her closest friends.

She told Closer magazine: ‘I was out the other night with someone I dated recently who was an astronaut, he’s one of my closest friends now.’

In recent weeks, Carol has been courting attention for her very incredible curves and she took to social media to insist she hadn’t had any cosmetic enhancements.

Addressing her 3,393K following, she wrote on Twitter: ‘Caught ordering an uber today after a meeting…..an old ⁦@KarenMillen⁩ top and old jeggings from ⁦@marksandspencer⁩…. but it’s the same old Vorders.’ 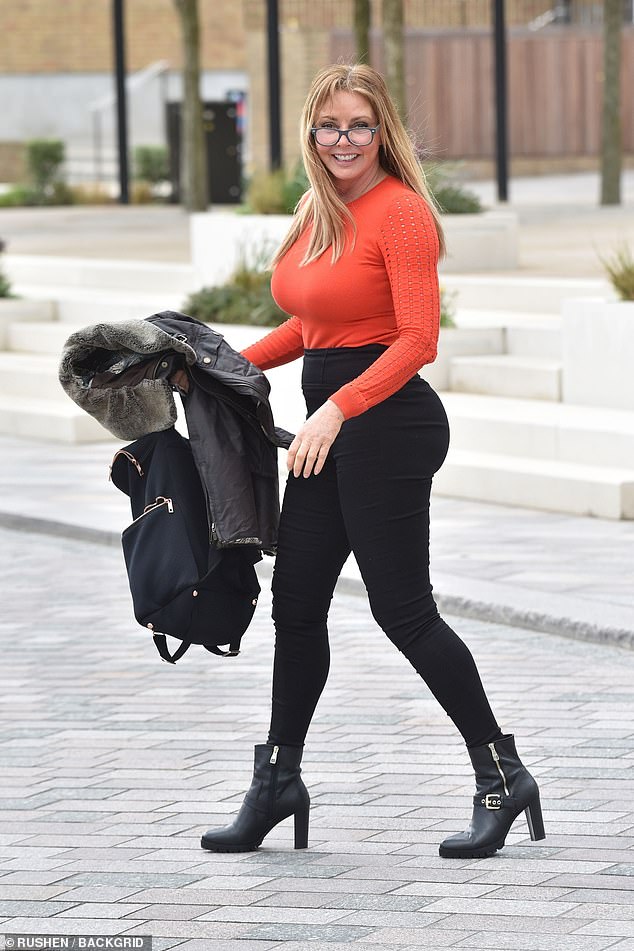 Certainly eye-popping! The Countdown queen had caused a stir when she showed off her figure in skintight high-waisted trousers last month (pictured)

The former Countdown brainbox, known for her ability with figures, became the first person to take the Rear of the Year title twice in 2014.

At the time, Carol said: ‘I am both surprised and flattered to win the award for a second time — particularly at this stage of my life.

‘As I said when I won it in 2011, I always suspected there were a lot of people out there who were glad to see the back of me. It now appears there were even more than I thought.’ 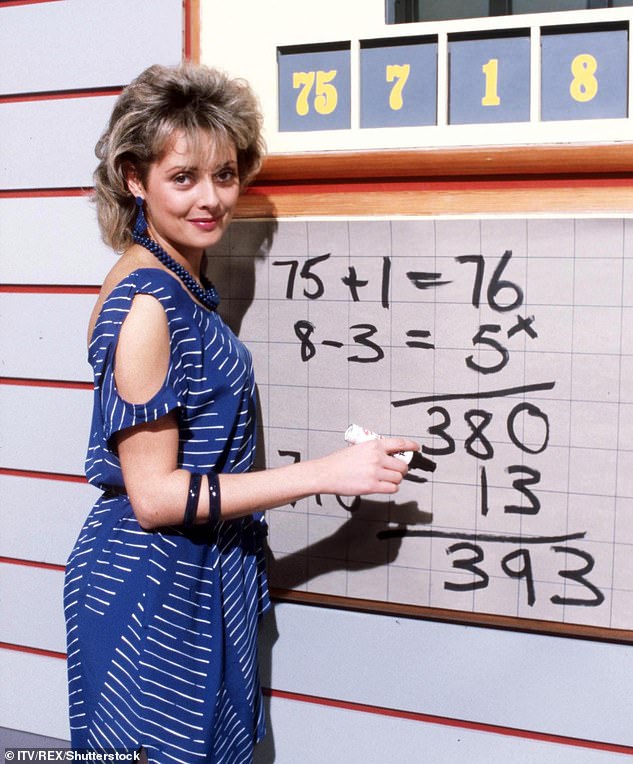 Surprise: While the TV star recently revealed that her 50s have been the best decade of her life, she admitted it hasn’t been without hardship (pictured in 1984)