Carragher poses for photo with Coutinho and Suarez at Old Trafford

Jamie Carragher was reunited with two of his former Liverpool team-mates on Wednesday night.

Carragher was working as a pundit for TV3 at Old Trafford where Barcelona beat Manchester United 1-0 in the first leg of their Champions League quarter-final.

Ex-Liverpool duo Philippe Coutinho and Luis Suarez both started for Barca. And after the game they posed for a photo with Carragher in the tunnel.

Coutinho and Suarez were involved in the move which led to the game’s only goal.

Messi chipped a pass to Suarez, who attempted to head the ball across the six-yard box for Coutinho, but his pass deflected off Luke Shaw for an own goal.

Valverde said of the Uruguayan: ‘It was a great header from Luis. He was fighting for every cause. He was getting stuck into the defenders, trying to work really hard.’ 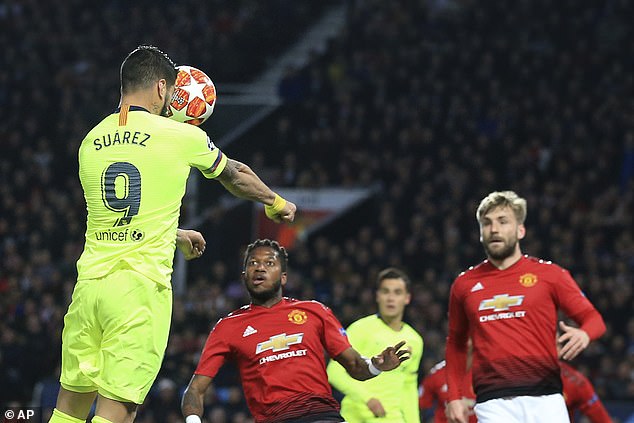