Manchester United midfielder Michael Carrick admits the knockout stage of the Champions League is the minimum standard for the club.

United face their first game in the last-16 of the competition in four years with a trip to Sevilla on Wednesday.

Having been a regular in the latter stages of the Champions League prior to that Carrick stressed the players must strive to reach that level again.

‘It’s what we should expect of ourselves – to be at this stage of the Champions League,’ he told MUTV.

‘That’s not being blase, it’s just that should be our standard. We should be in this competition and fighting in the later stages most years.

‘This is where we belong and, however this year pans out, this has to be the standard year in, year out. 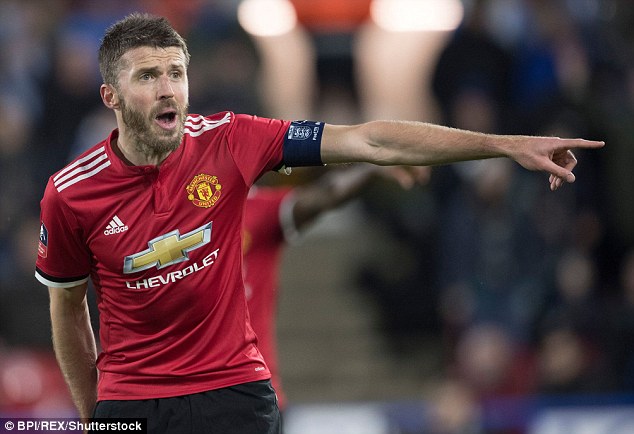 ‘A few years ago, it was relentless. Every season we had some massive games and we tended to do really well in them and it became quite normal.

‘That’s what we need to get back to, these games feeling quite routine.’

Carrick is set to retire at the end of the season to join United’s coaching staff and is determined to make the most of his last run in the competition.

‘For me, it’s probably going to be my last few months as a player and that, in itself, creates a different feeling,’ added the 36-year-old, who won the Champions League in 2008 and was a losing finalist in 2009 and 2011.

‘Towards the end of your career, the bigger games in the league, the cup and certainly in the Champions League, you don’t take them for granted.’