Boris Johnson’s girlfriend will not join him for a photocall when he takes the keys to 10 Downing Street but will move in after he has visited the Queen, according to new reports.

Mr Johnson is set to make a speech outside No 10 at around 5pm on Wednesday, but will then enter his new home alone.

New Prime Ministers usually pose for photographs with their spouse before walking through the front door, but Ms Symonds is said to fear her presence would overshadow the moment given Mr Johnson is not yet divorced. 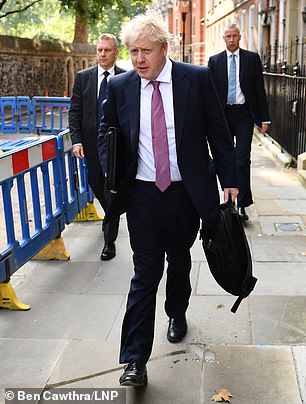 The former Conservative Party press chief will also not join Mr Johnson when he meets the Queen to receive her invitation to form a government, and wait until the weekend before moving in, The Telegraph reports.

This would be after he has appointed his Cabinet and addressed the Commons.

The couple, who have been together for more than a year, completed on their purchase of a three-storey Victorian house in Camberwell, South London, last week.

Miss Symonds, 31, was seen moving furniture into the property with her mother, Josephine Mcafee.

A source said: ‘This most definitely shows they are stronger than ever. There have been lots of presumptions that all is not well between them but they couldn’t be further from the truth.’

Sources close to Mr Johnson, 55, yesterday denied claims he had requested new furniture – including a bed – for Number 10 because he ‘didn’t have any stuff’.

Ms Symonds is understood to have made it clear that none of her furniture – including a wine-stained sofa at the centre of the couple’s domestic row – will be taken to Downing Street. 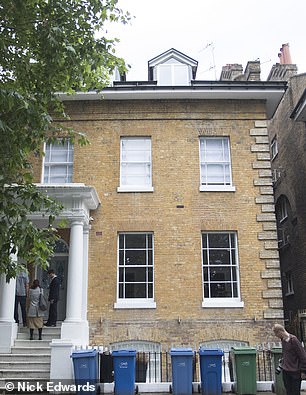 The Camberwell flat where Boris and Carrie clashed last month

His demand reportedly angered mandarins, with one Government source saying: ‘We were very surprised as he is not exactly a poor man, is he? His bill is quite toppy.’

Meanwhile, Lib Dem leadership candidate Sir Ed Davey has written to the Cabinet Office demanding to know how much Mr Johnson has claimed.

Last week the Mail revealed Miss Symonds had told friends she doesn’t want to be ‘in the limelight’ when Mr Johnson fulfils his lifetime ambition of becoming PM.

She will keep her job as an adviser at Oceana, an organisation which campaigns for policies to protect and restore the world’s oceans.

The couple lived together in Miss Symonds’ flat in Camberwell – which is close to their new house – until last month, when their neighbours called the police following a late night ‘row’ and leaked a recording to The Guardian.

They were spotted yesterday leaving Mr Johnson’s home in Oxfordshire but were careful not to be photographed together.

Mr Johnson is still married to second wife Marina, the mother of four of his children. They announced they were divorcing in September last year. 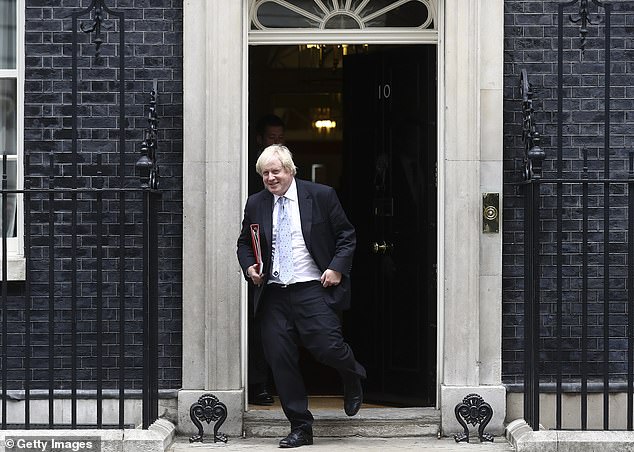 New Prime Ministers usually pose for photographs with their spouse before walking through the front door, where Mr Johnson is seen on June 7, 2018, when he was Foreign Secretary