And Carrie Underwood’s baby bump was hidden under snug layers as she made an appearance at the Sunrise AFL Grand Final Show in Melbourne, Australia on Friday.

Carrie took to the stage to perform as the headliner during the event and wrapped up to keep out the springtime chill.

Down under: Carrie Underwood made an appearance at the Sunrise AFL Grand Final show in Melbourne on Friday

The Oklahoma-born beauty wore a black sweater with slim fit black jeans while layering on a thick knitted scarf.

She left her glossy blonde locks loose and carried a beige suede handbag.

Meanwhile, Carrie has opened up about the devastating three miscarriages she suffered between 2017 and 2018.

She told The Herald Sun: ‘Last year was a hard year.’

The songstress revealed she wanted to be open about her heartbreak because she sings about it in her latest album Cry Pretty.

Country crooner: Carrie, 35, was the headline performance at the event and wrapped up in dark knits 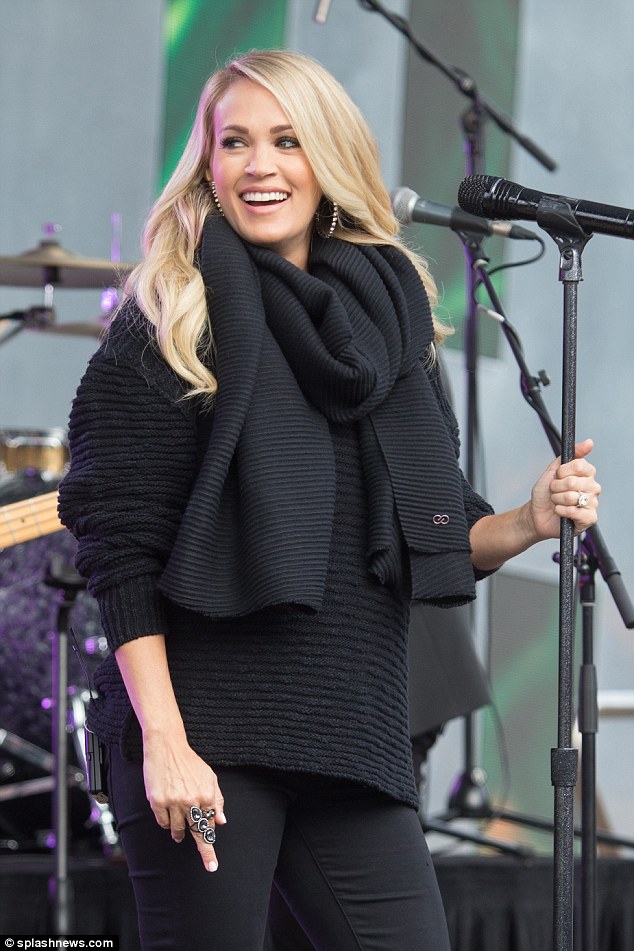 ‘I needed to get that out there otherwise some of the songs might not make sense to people,’ Carrie said.

The American Idol winner added that she is planning to tour once her second child is born, with her family joining her on the road.

‘I’m just hoping this one is as easy as our son Isaiah was,’ Carrie said.

Earlier this month, Carrie spoke about her miscarriages and said she ‘got mad’ over failing to carry a baby to full term. 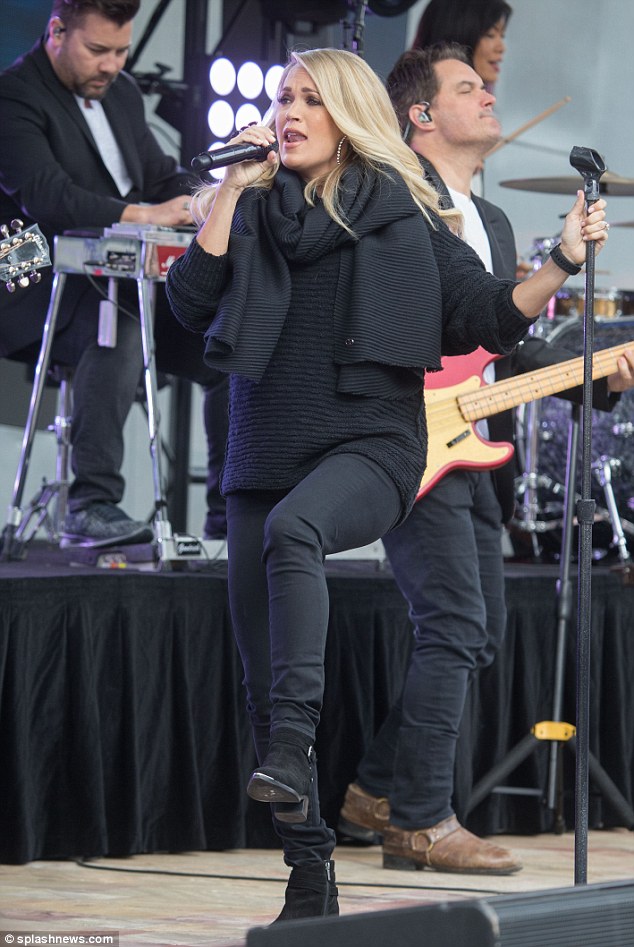 Tough year: Carrie has recently revealed that on her new album she sings about her heartbreak after suffering 3 miscarriages last year

‘I had always been afraid to be angry. Because we are so blessed. And my son, Isaiah, is the sweetest thing. And he’s the best thing in the world,’ Carrie told CBS News.

‘And I’m like, “If we can never have any other kids, that’s okay, because he’s amazing.”

‘[I thought], “why on Earth do I keep getting pregnant if I can’t have a kid?” Like, what is this? Shut the door. Like, do something. Either shut the door or let me have a kid.’

She and Mike have been married since 2010. 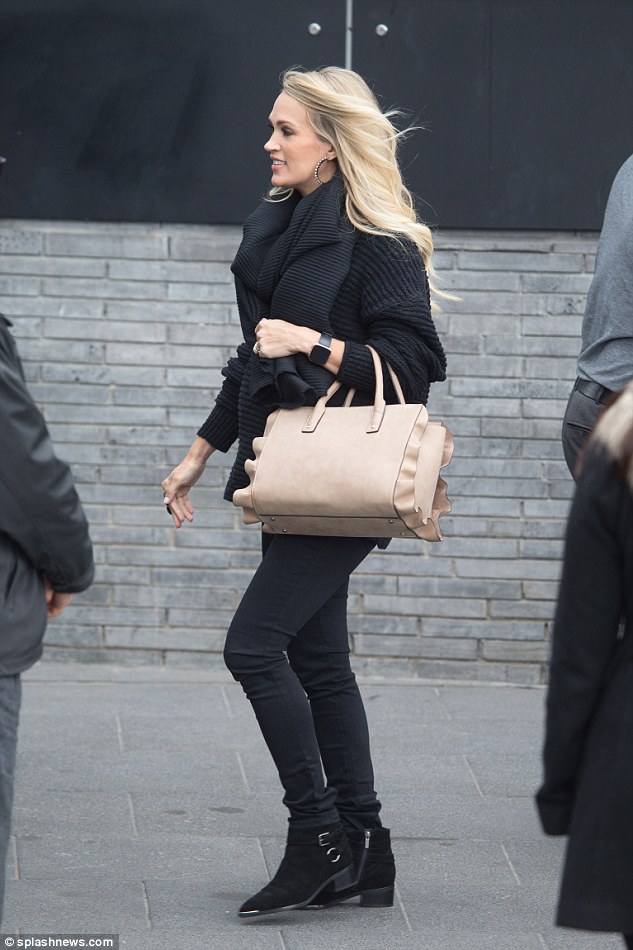 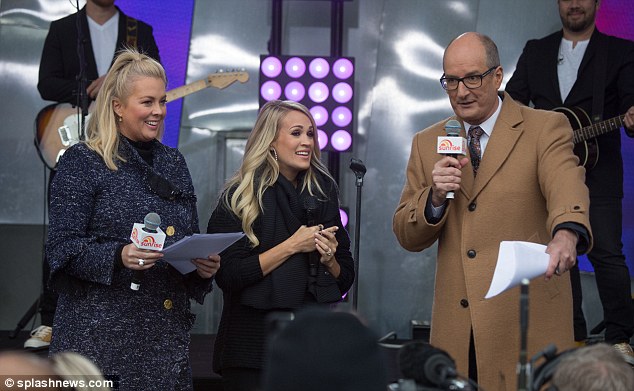