The 44-year-old host, whose mother, Patty Daly Caruso, died of a heart attack five weeks ago, thanked his co-stars for their love and support while opening up about the incredible loss of both his mom and his stepfather in just a short period of time.

‘It’s been a rough month for my family,’ he said, explaining that last time he was on the show they were talking about his mother unexpectedly passing away at the age of 73. 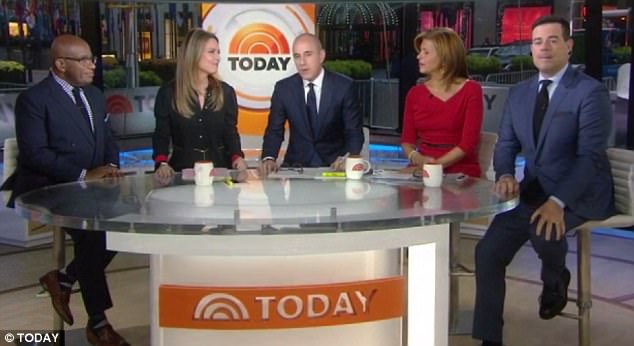 Support system: Carson was joined by his co-stars Al Roker, Savannah Guthrie, Matt Lauer, and Hoda Kotb (left to right) has he opened up about his incredible loss

Carson’s mom had been the primary caregiver to his stepfather, whom he lovingly called ‘dad,’ and he noted that they had both been healthy in June.

‘His health was in peril, and we knew that was a foregone conclusion,’ he said. ‘Mom had been taking care of dad. Mom was the one that went so quickly, and then we lost my dad on Tuesday.

Carson said his stepfather came into his life when his mom lost his biological father, J.D. Daly, to bladder cancer. Richard and Patty married when he was just five years old, and he became a hero to Carson.

‘He’s my role model, my mentor, an incredible guy,’ Carson said, noting that his pops was ‘old school’ and grew up during the depression. 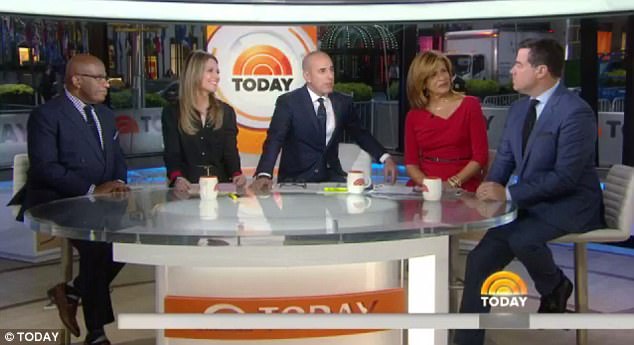 Opening up: ‘It’s been a rough month for my family,’ he said, explaining that last time he was on the show they were talking about his mother unexpectedly passing away at the age of 73 Paying tribute: Carson, who lovingly called his stepfather ‘dad’ and ‘pops,’ said he was his ‘role model’ and ‘mentor’

The Voice host explained that his stepfather was someone who knew life was going to be hard and led by example. While his mom used sayings and isms to urge him to ‘shoot for the stars,’ his stepdad would wake up early and go to work.

‘[He] had a great deep personal faith that I would later in life gravitate towards, just again by his example,’ Carson said, adding that his stepdad always made sure they had family dinner together at six o’clock.

‘Golf would be the sport that brought our relationship together,’ he added. ‘He taught me so much about life and really the man that I am. I’m grateful that I had 85 years with him. He was an incredible person and he will be missed.’ 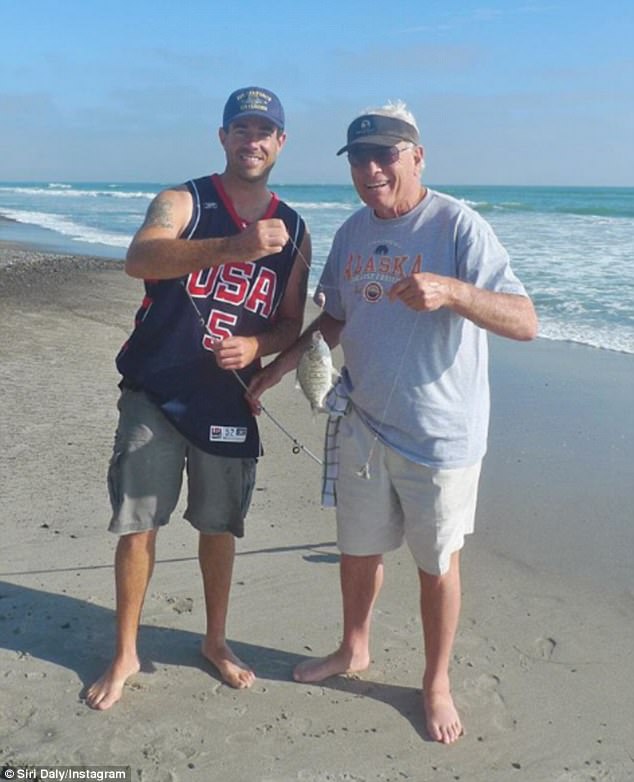 Close as can be: Carson’s wife Siri took to Instagram on Wednesday to share a photo of Carson with his stepdad 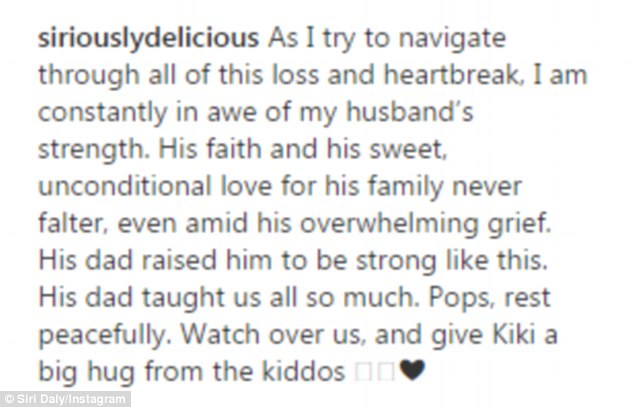 Honoring her husband: Siri, 35, penned a moving message about Carson’s strength during this difficult time for their family 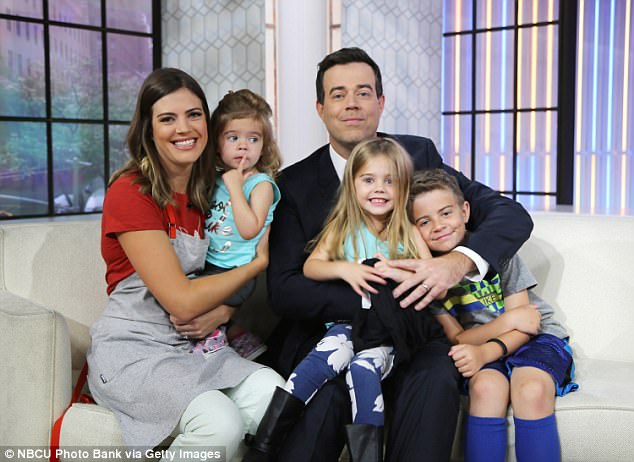 Although he admitted that it has been a difficult time for his family, he is grateful for his parents and everything they taught him.

‘We were so blessed to have them both,’ he said. ‘They were incredible, and I realize the more pain I feel losing my parents is a testament to how much of an impact they made on my life.

‘They clearly equipped me with the tools to be able to handle it and that’s because they were incredible parents. I hope to pass that down.’

Carson went on to thank his co-stars for being so supportive and loving during suc a difficult time in his life.

‘Thanks again to everybody here,’ he said. ‘You guys are my family, and I appreciate it. I love you guys. Thank you.’ 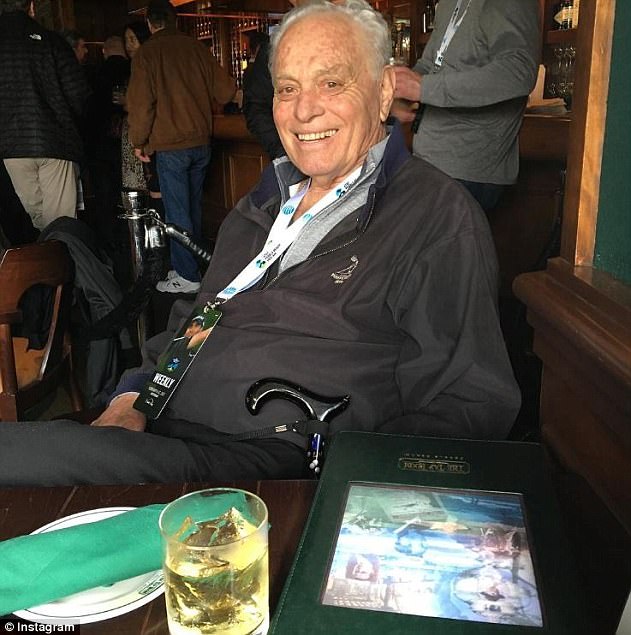 Sad news: On Tuesday, the 44-year-old radio show host shared an Instagram tribute to his late stepfather, calling him the ‘greatest man we ever knew’ 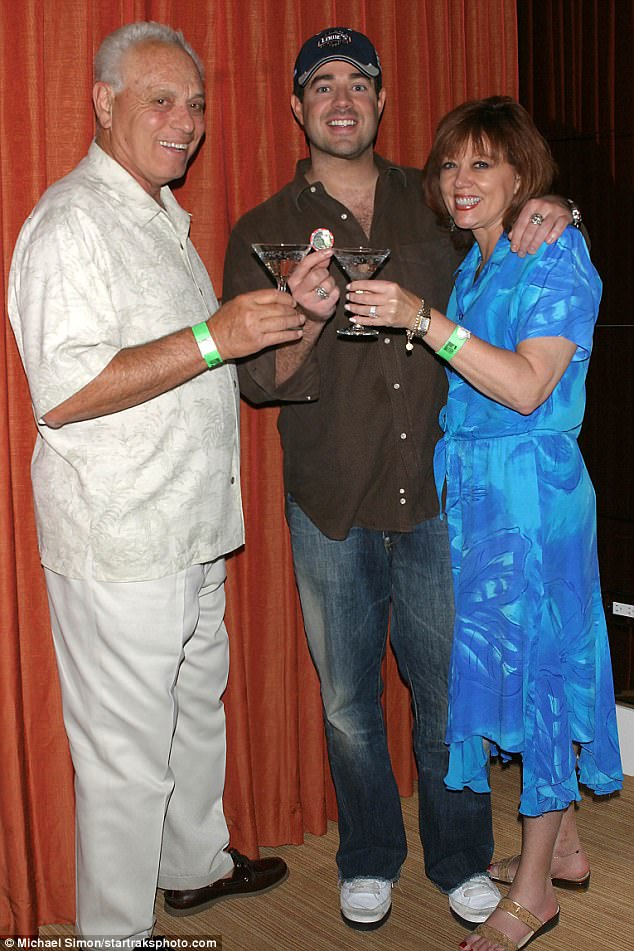 Hard to handle: Carson, who noted his parents were both healthy in June, unexpectedly lost his mother, Patty Daly Caruso, to a heart attack in September

The day before he returned to work, Carson’s wife Siri, 35, penned a moving message about his strength following the dead of his stepfather.

‘As I try to navigate through all of this loss and heartbreak, I am constantly in awe of my husband’s strength,’ she wrote. ‘His faith and his sweet, unconditional love for his family never falter, even amid his overwhelming grief.

‘His dad raised him to be strong like this. His dad taught us all so much. Pops, rest peacefully. Watch over us, and give Kiki a big hug from the kiddos.’

Carson confirmed that his stepfather Richard died on Tuesday afternoon after a battle with bone cancer. 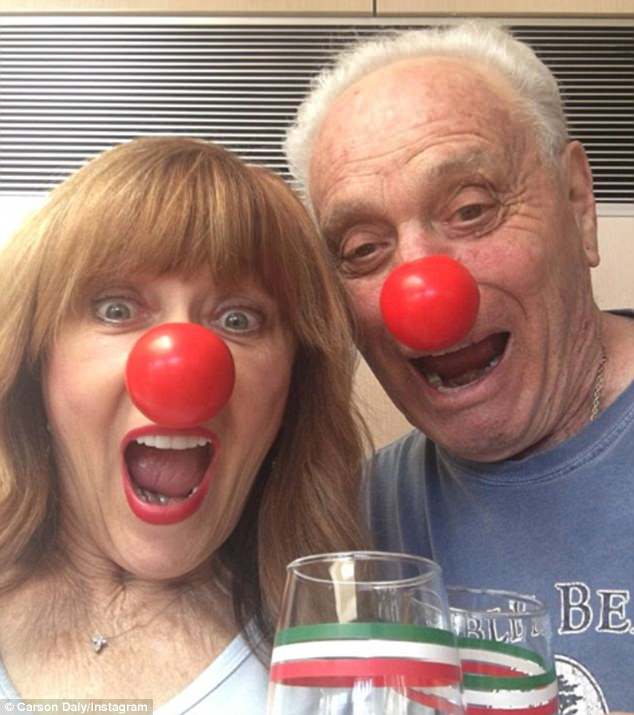 Looking back: ‘We were so blessed to have them both,’ Carson said of his parents.  ‘They were incredible 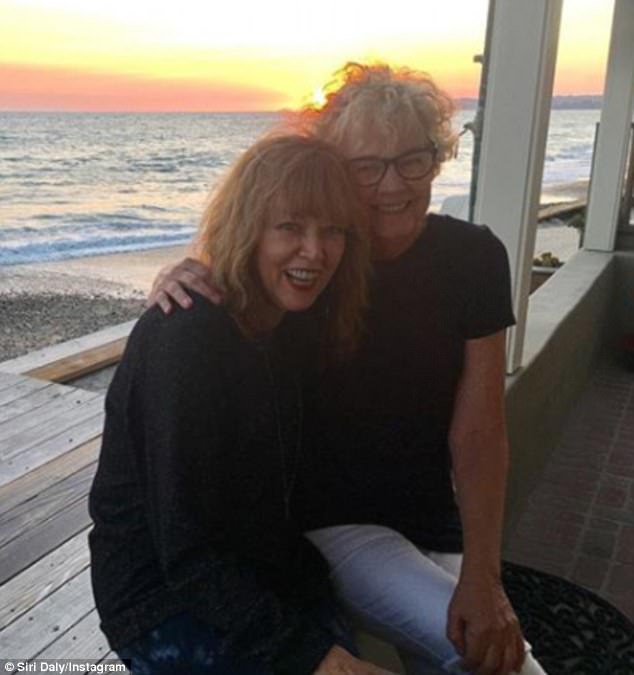 ‘Heartbroken’: Siri shared this photo of Patty after hear death, explaining her mother-in-law was a ‘vibrant force’ in her life

After missing a scheduled appearance on The Today Show and acknowledging his stepfather’s health was in jeopardy on Tuesday morning, the radio show host shared an Instagram tribute.

‘Pops passed away today with absolute dignity & pride,’ he wrote in his moving post. ‘The greatest man we ever knew. Our hero.

‘He exemplified great faith, loyalty to family & hard work. He provided us all with so much. We’re grateful.

‘His legacy lives on in all of us & anyone who had the pleasure of meeting him. He’s reunited with mom now. Our faith remains strong. Thanks for your continued thoughts and prayers.’

Earlier in the day, Carson posted on Twitter after a concerned fan noticed his absence on The Today Show. 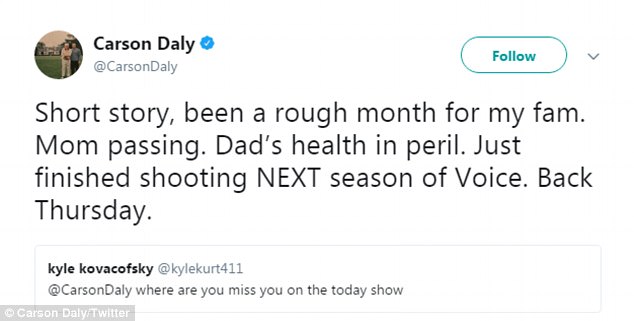 Reaching out: Before announcing his stepfather’s death, Carson posted on Twitter after a concerned fan noticed his absence on The Today Show 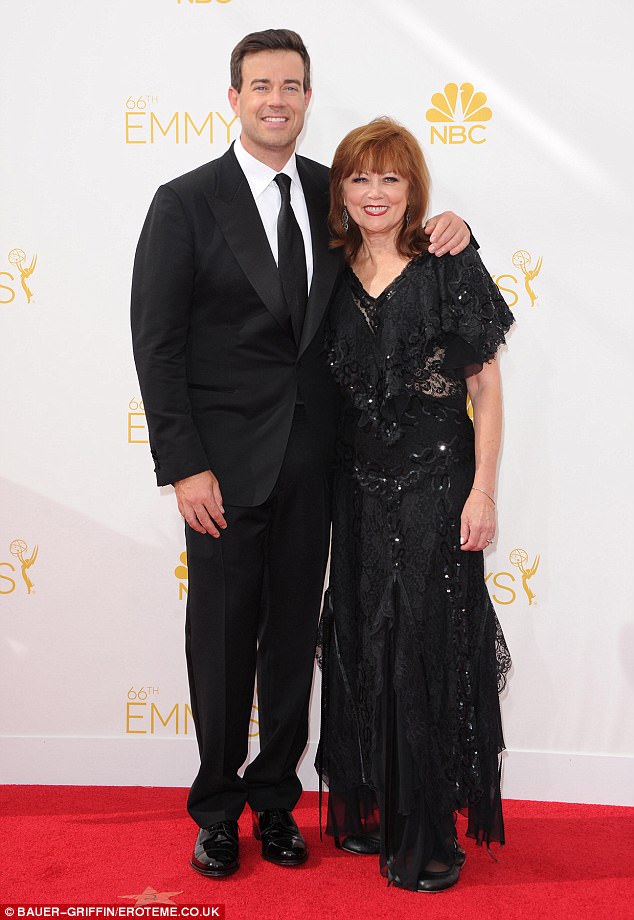 In mourning: Carson is pictured posing with his mom Patty at the Emmys in September 2004

The viewer tweeted to the Today Show social media correspondent at 5:37 a.m., ‘@CarsonDaly where are you miss you on the today show’.

Well-wishers flooded Carson’s social media feeds with sympathy and condolences for him and his family.

On September 17, Carson lost his mother to an unexpected heart attack at her Palm Desert, California home.

Once Carson returned to work nearly two weeks after her death, he commended his workplace for helping him get through the tough times.

‘I can’t thank you guys enough,’ he said on the Today Show. ‘I really could not have gotten past this without my faith in God, my family and you are my family and my friends.’