Catalonia’s pro-independence parties look to have won a snap regional election held after the previous secessionist government was pushed out of power.

Forecasts suggest a coalition of separatist parties is most likely to be able to a form a government, though that situation could still be reversed.

Meanwhile unionists look to have the largest single party but will likely miss out on securing control of the regional parliament. 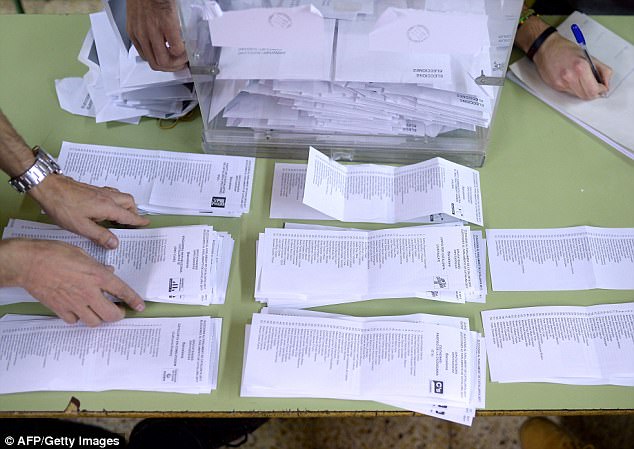 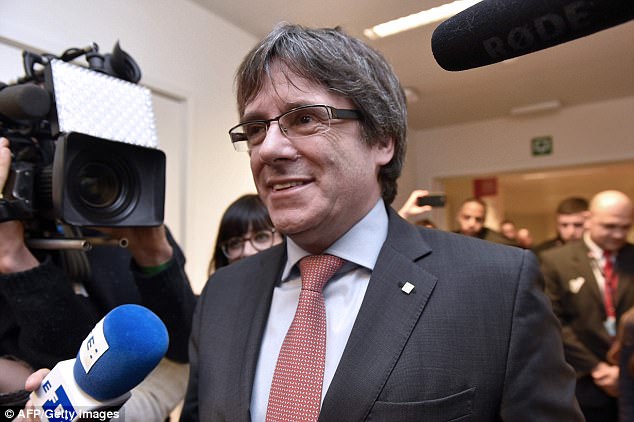 A vote projection published by regional paper La Vanguardia showed separatists winning a potential maximum of 71 seats, with 68 needed for a majority.

But the same projection shows the potential minimum number of seats for separatist parties at 67, meaning they would lose their grip on power.

In either case unionist parties look to have gained ground on their pro-independence opponents.

Opinion polls before the vote had shown separatists and unionists running neck-and-neck in the wealthy Spanish region.

It comes just two months after a banned independence vote ended in failure amid violent protests and a heavy police crackdown across the region. 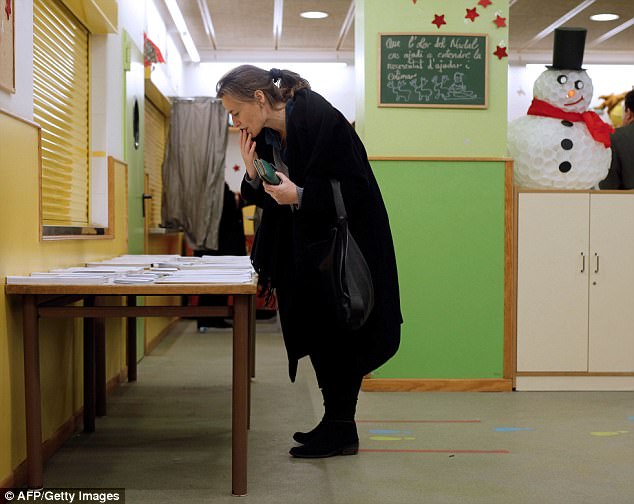 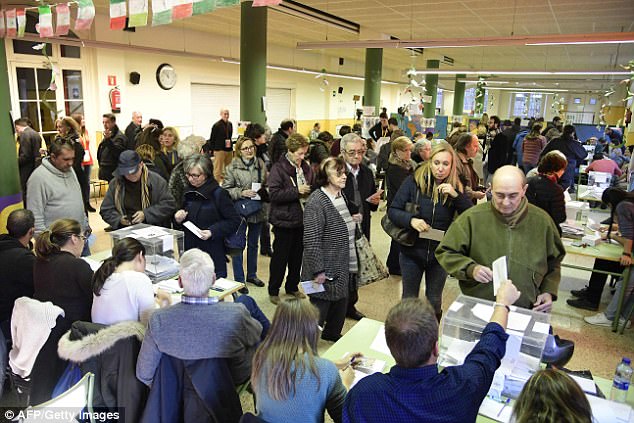 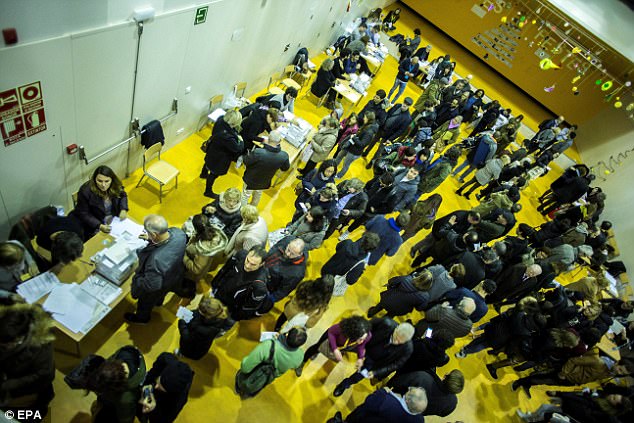 Spanish Prime Minister Mariano Rajoy sacked the Catalan cabinet and dissolved the parliament there in late October, following an independence declaration by separatist regional politicians. To minimise the backlash, he immediately called a new election.

At stake is the economy of a region that has seen its tourism sector suffer and more than 3,000 companies move their legal headquarters since Catalan leaders held a banned independence referendum on October 1.

This afternoon ousted Catalan leader Carles Puigdemont said that an election back home is ‘extraordinarily important’ for the region’s return to normalcy after Spanish authorities seized control this fall.

Speaking to Catalan reporters in Brussels, where he is evading a Spanish arrest warrant, Puigdemont said that ‘from the results will come the formula to recover democracy’ in Catalonia.

Puidgemont fled to Belgium after central authorities sacked him for pushing ahead with unilateral independence for the region. Other members of his former cabinet, including his no. 2, were jailed under preliminary sedition charges.