Gender arguments of the Seventies are still being thrashed out today, Cate Blanchett has claimed.

The Oscar-winner, 51, who plays a US political activist and anti-feminist in a BBC miniseries, said current talking points such as ‘same-sex marriage’ and ‘same-sex bathrooms’ were all discussed 50 years ago.

Blanchett, who has long supported gender equality in the acting world, also said that women have constantly been outnumbered by men there.

Gender arguments of the Seventies are still being thrashed out today, Cate Blanchett, 51, has claimed

She said: ‘I always knew in my DNA that women were equal to men. I couldn’t quite understand why the industry and work environment that I got spat into didn’t reflect that, so I felt out of sync for a long time.

‘At one point, I started doing a head count of the ratio of men to women on every set I walked on.

Despite the positive changes to address the balance, Cate insisted that the push towards equality is ‘not just a fashionable moment in time.’ 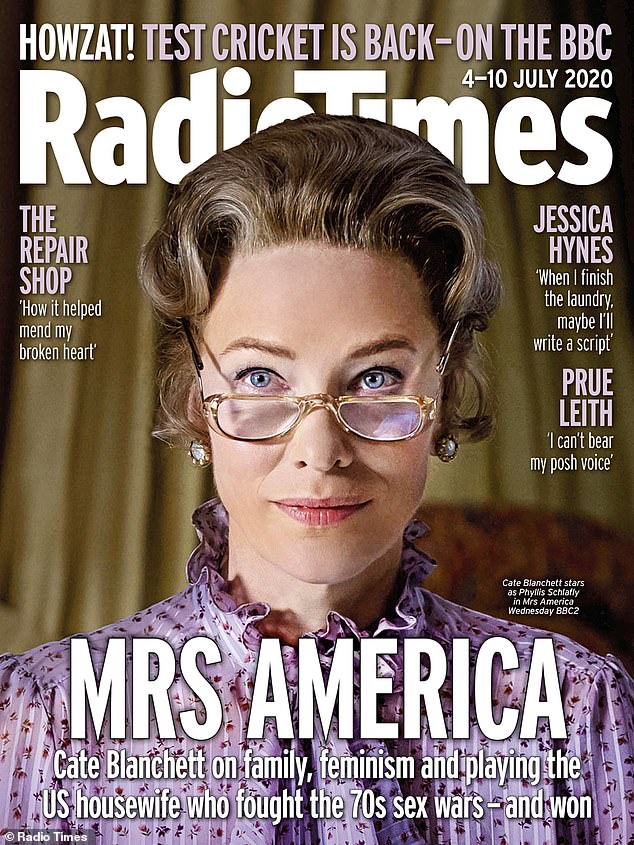 Same issues: The Oscar-winner, who plays a US political activist and anti-feminist in a BBC series, said ‘same-sex marriage’ and ‘same-sex bathrooms’ were all discussed 50 years ago

The actress plays Phyllis Schlafly in the BBC 2 drama series Mrs America, which starts on July 8.

It tells the story of the movement to ratify the Equal Rights Amendment in the 1970s, and the backlash led by conservative Schlafly.

She feared it would force women out to work rather than staying at home to look after children.

Blanchett told Radio Times: ‘This show is like Groundhog Day. The discussions that we were having back in 1971 and 1972 are constantly popping up in the media today. Same-sex bathrooms. Same-sex marriage. 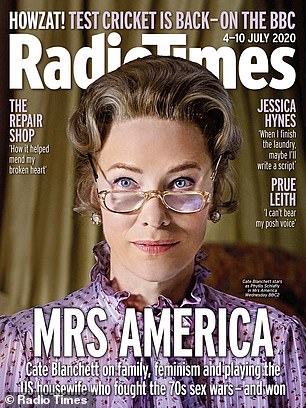 Must read: The full interview with Cate can be found in this week’s Radio Times, out now

‘Will women be drafted into the military? That came up earlier this year with events in Iran. It couldn’t be more relevant.’

The mother-of-four said: ‘I was inspired by the way the women would speak in the Seventies.

‘There was a strong culture of robust public debate… something we’ve lost. We’ve got haranguing matches, but we haven’t got a sense of public discourse.’

The multi-award winning actress, who was born and raised in Melbourne, lives in a $6.25million manor called Highwell House near Crowborough, about an hour south of London.

Cate is married to playwright and director Andrew Upton, with whom she shares four children, Dashiell 18, Roman, 16, Ignatius, 12 and Edith, five.

The family previously lived in Hunters Hill, Sydney, before relocating to the UK.

The full interview with Cate can be found in this week’s Radio Times, out now. 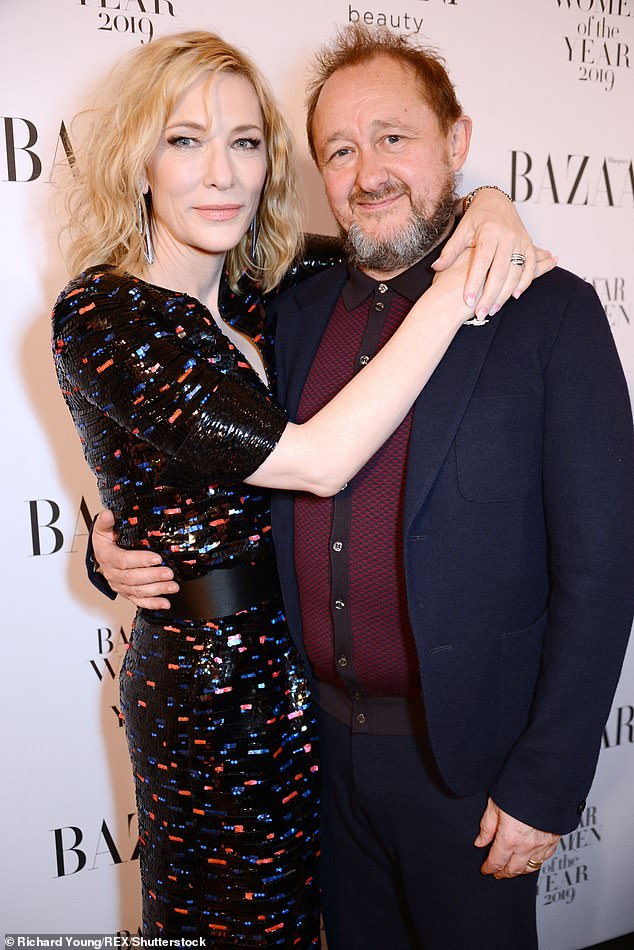 Family life: She is married to playwright and director Andrew Upton (pictured), with whom she shares four children, Dashiell, Roman, Ignatius, and Edith. Pictured in London in October 2019