Catholic school teacher, 26, texted ‘a photo of his genitals’ to an undercover cop posing as a 14-year-old girl and told her he ‘wanted to have sex on a classroom desk’

A Catholic school teacher in Texas has been arrested for allegedly trying to solicit sex from a minor.

Lazaro Benito Rocha, 26, reportedly logged onto an internet chatroom May 6 and began talking with a person he believed was a 14-year-old girl – unaware that the person behind the screen was actually an undercover police officer.

Rocha, who has worked as a music teacher at a school in Corpus Christi, was taken into custody three days later, accused of sending a series of explicit messages to the ‘teen’  – even declaring that he wanted to have sex with her on a classroom desk.

According to an arrest affidavit, Rocha is accused of striking up the initial conversation, before saying: ‘Anyone 18 and older can get in trouble if they were to be found with someone your age’.

The following day he reportedly wrote: ‘I’m not complaining. Are you?’

The teacher is then accused of asking for the ‘teen’s’ cell phone number so they could exchange texts.

He allegedly sent a photo of his genitals and asked whether she was a virgin. 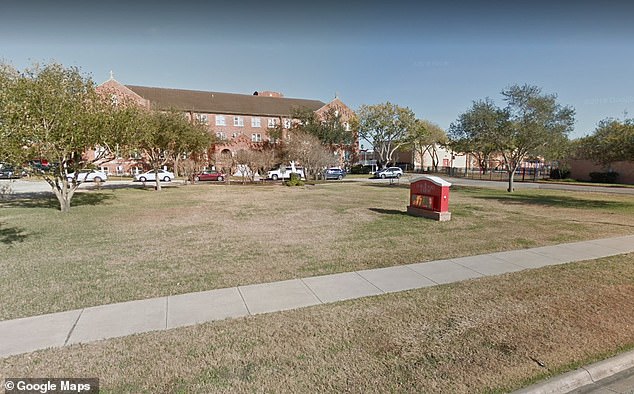 Rocha was apprehended on May 9, before being charged with online solicitation of a minor and distribution or display of harmful material to a minor.

School officials says he will not return to work there.

The arrest affidavit alleges that Rocha sent the sexually explicit messages while he was on school grounds.

Meanwhile, Rocha was also listed as a ‘Director of Music’ with St. Peter, Prince of the Apostles Catholic Church. 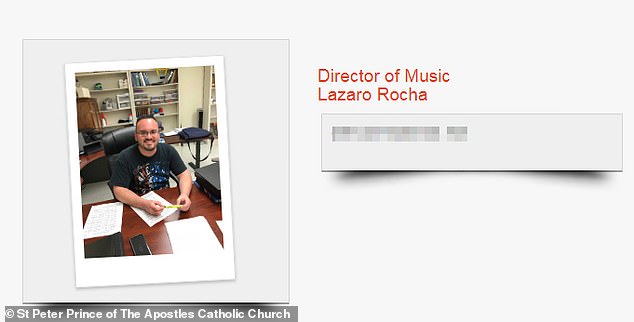 Rocha was also listed as a ‘Director of Music’ with St. Peter, Prince of the Apostles Catholic Church 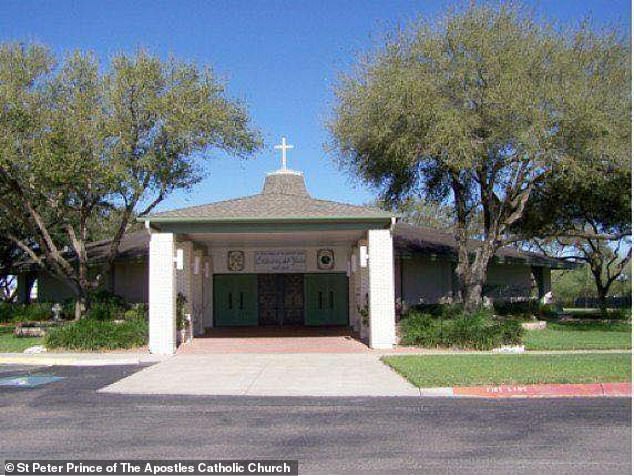 A Diocese official told The Corpus Christi Caller Times that his employment has been terminated, and his listing on the church website has been scrubbed

A Diocese official told The Corpus Christi Caller Times that his employment has been terminated, and his listing on the church website has been scrubbed.

According to a news release, the operation targeted suspects who were ‘actively seeking to solicit inappropriate pictures of underage children or in some cases meet with children for the purpose of sexual activity’.