Cats love to curl up in a comfy spot, whether that be an armchair or a rug.

But these moggies opted for a rather more unusual resting place – somehow managing to squeeze themselves into the tightest spots.

The hilarious snaps, shared in an online gallery, show adorable cats managing to fit into an assortment of kitchen items.

Others meanwhile appear to be attracted to water, and can be seen kicking back in the bathroom sink…

Hilarious snaps show cats curling up in rather unusual places, including the bathroom sink 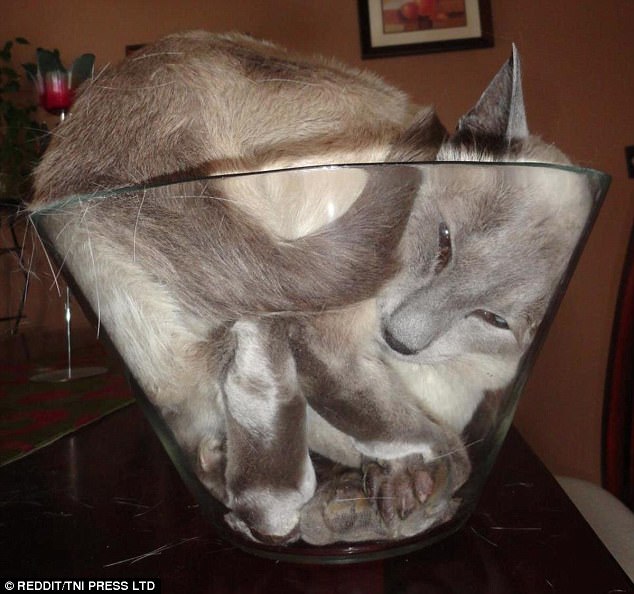 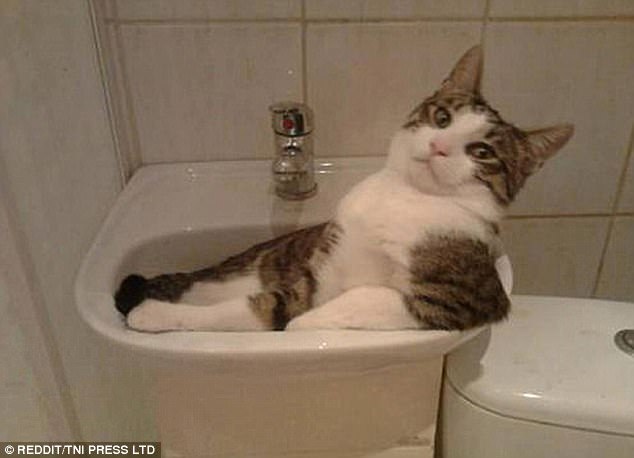 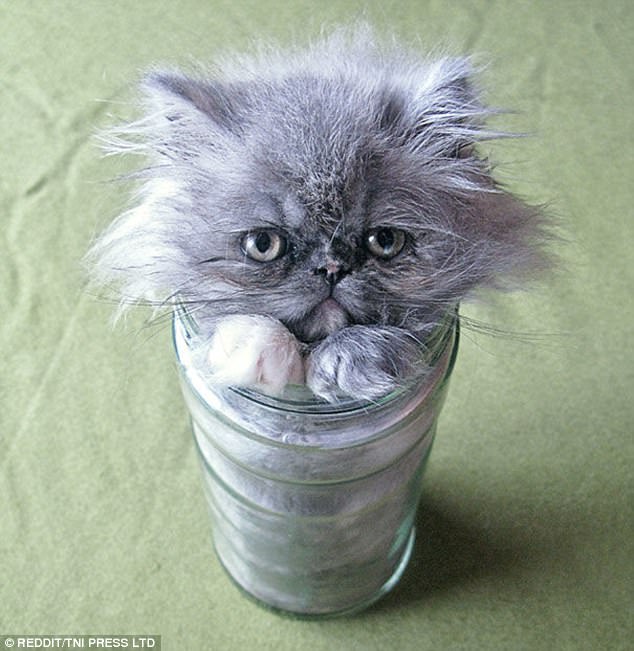 Meanwhile, this adorable grey kitten managed to get itself into a glass jar 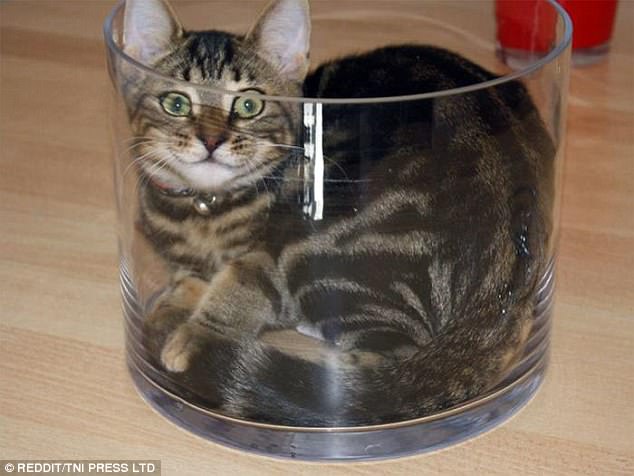 By the look on its face, this naughty moggy seems to know that it should not be in the bowl 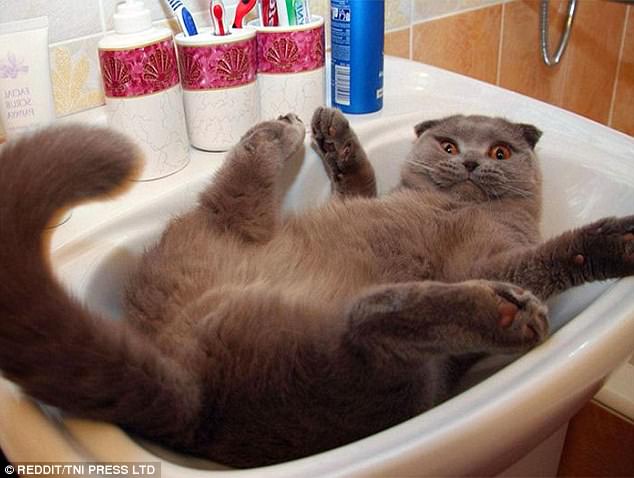 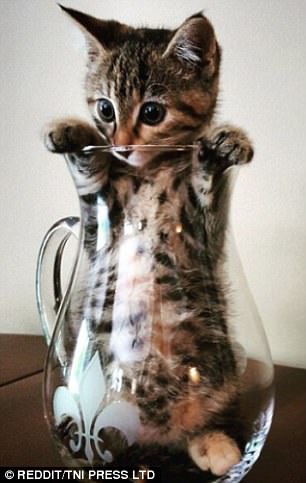 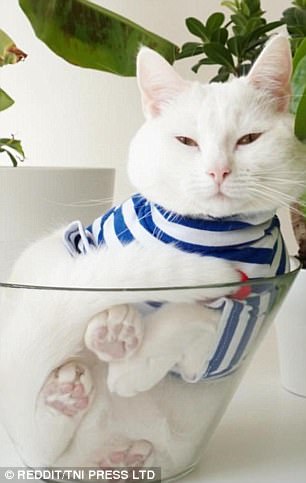 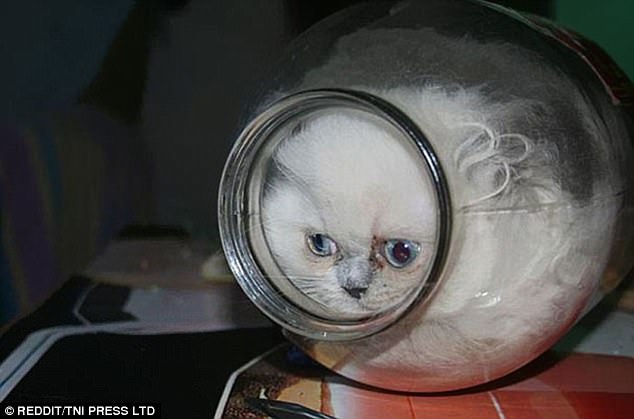 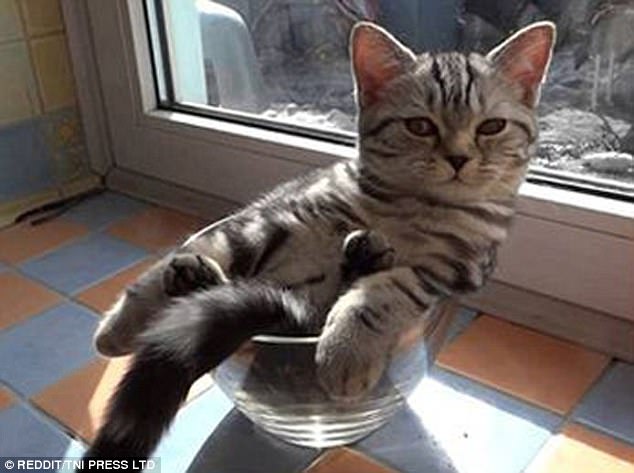 This cat couldn’t get much of its body into the bowl, but seemed to be having a good time 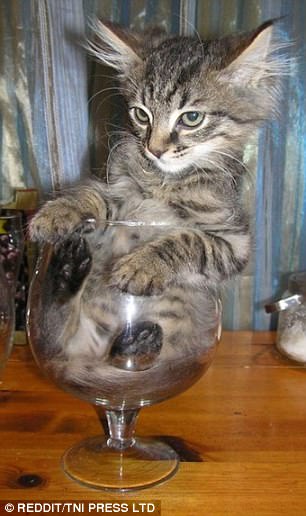 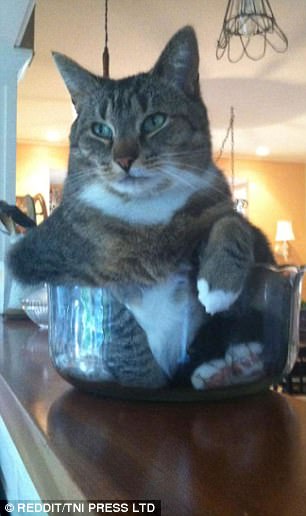 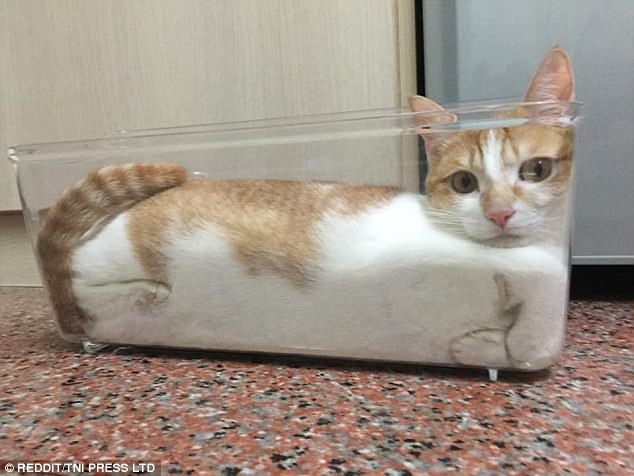 This adorable cat managed to fit itself into a casserole dish, and looked reluctant to move 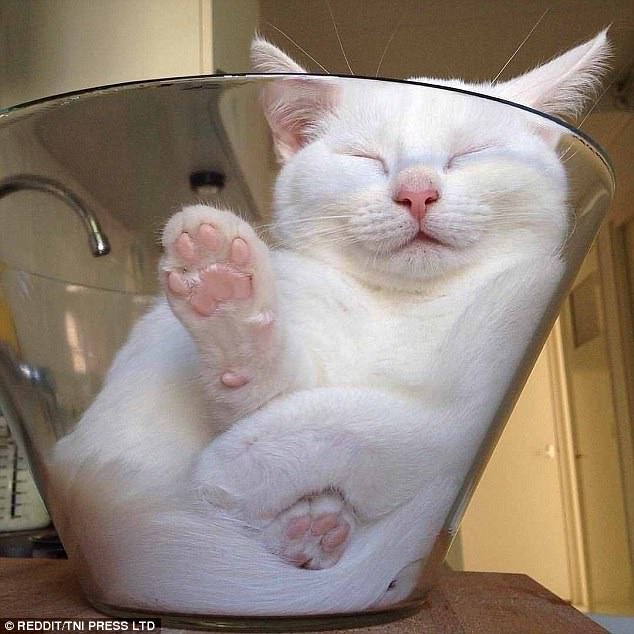 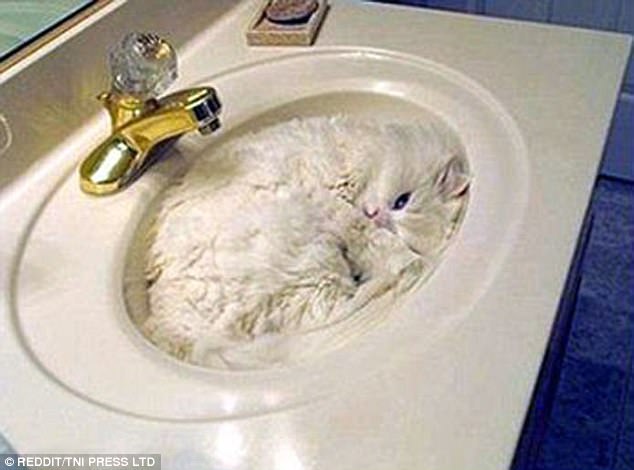 Meanwhile, this cat’s body fits perfectly into its owner’s bathroom sink – so much so that it’s almost camouflaged 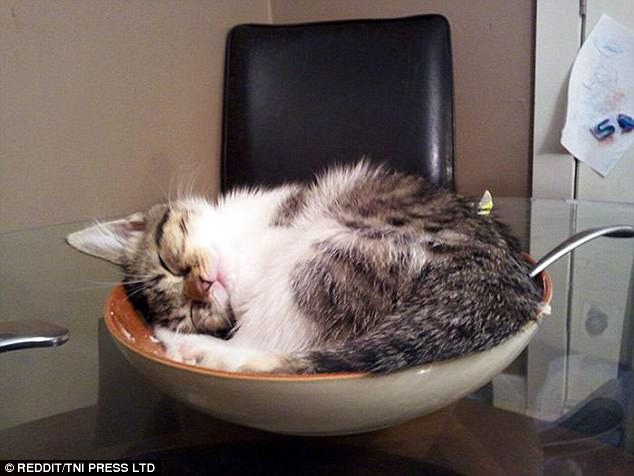 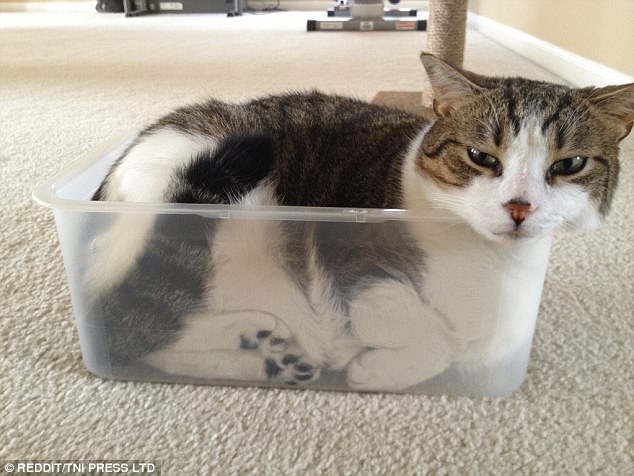 Tupperware containers also appear to be a popular choice, as this cat demonstrated 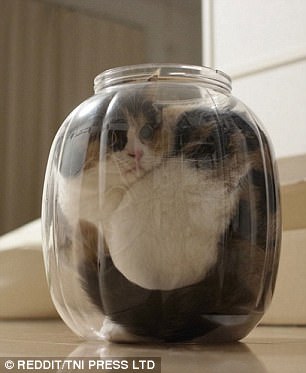 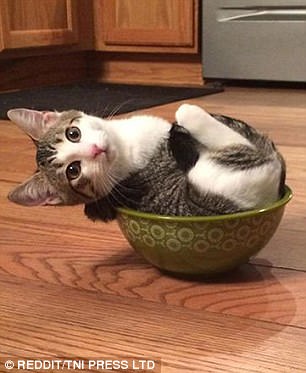 One cat managed to cram itself into a vase, while another kitten kicked back in a bowl 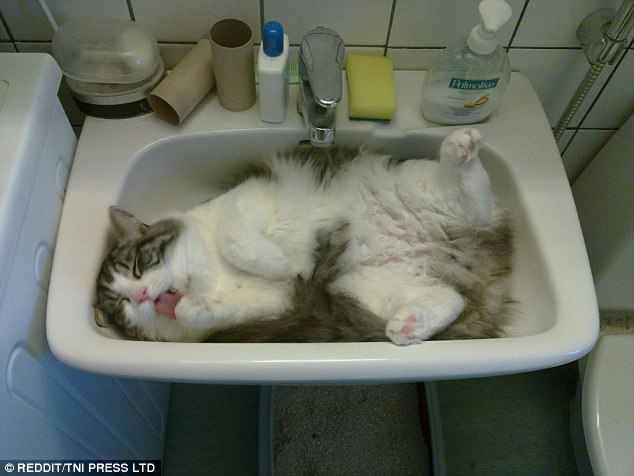 This adorable moggie is seen enjoying a nap in the bathroom sink, which is seemingly a very popular resting place 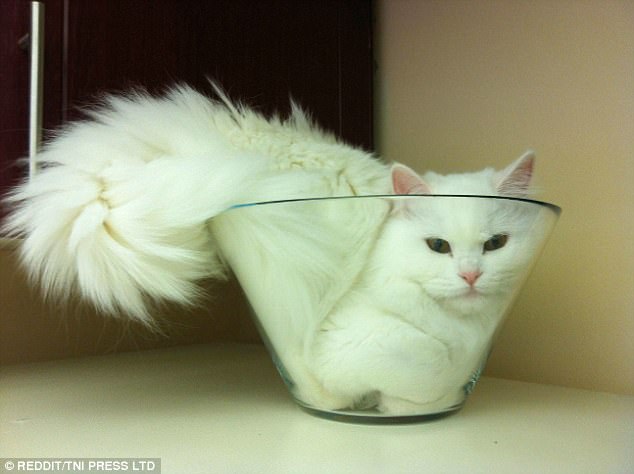 A white cat meanwhile managed to fit its body into a glass bowl, but not its bushy tail 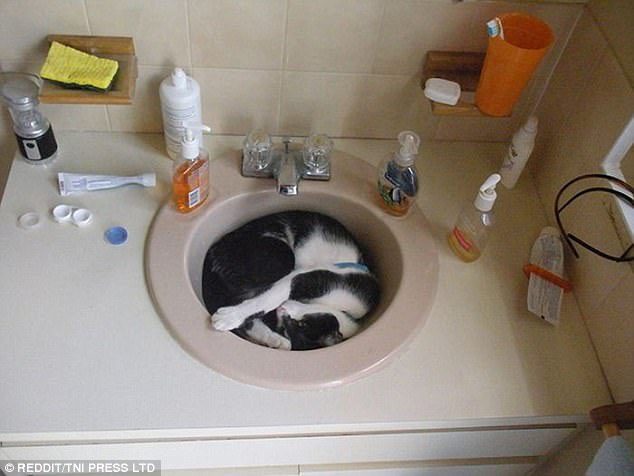 One adorable cat meanwhile is seen curling up in a circular sink, fitting perfectly inside 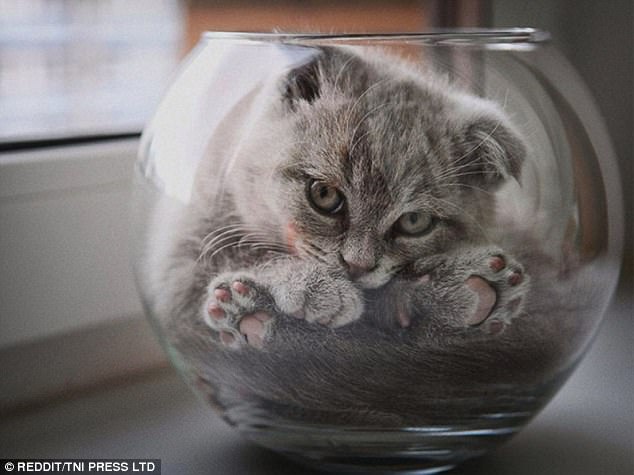 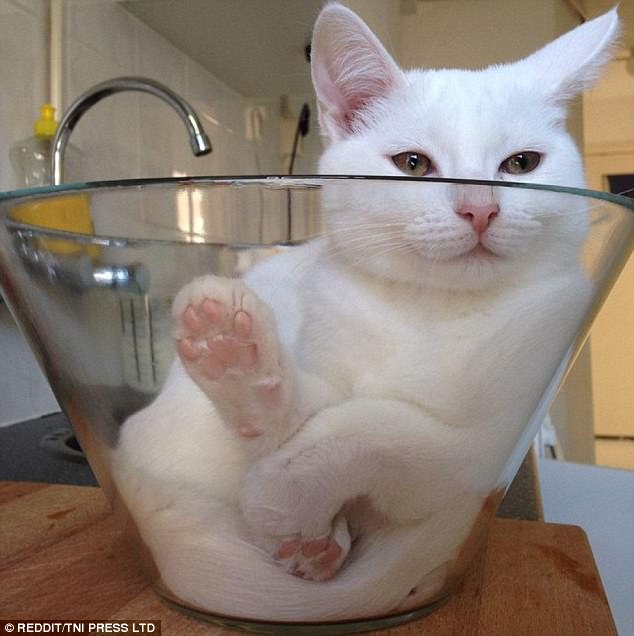 Looking extremely comfortable, this white cat is seen curling up in a glass bowl 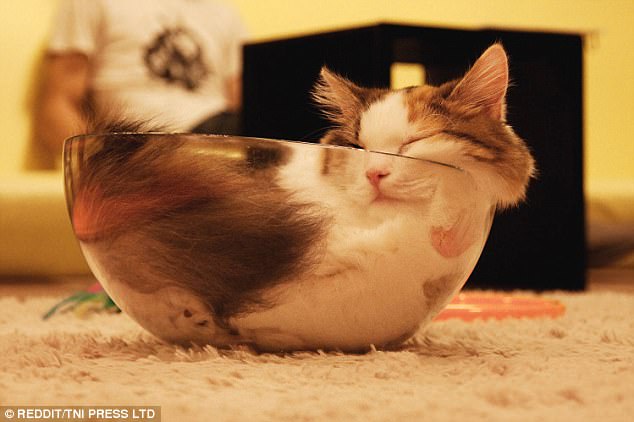 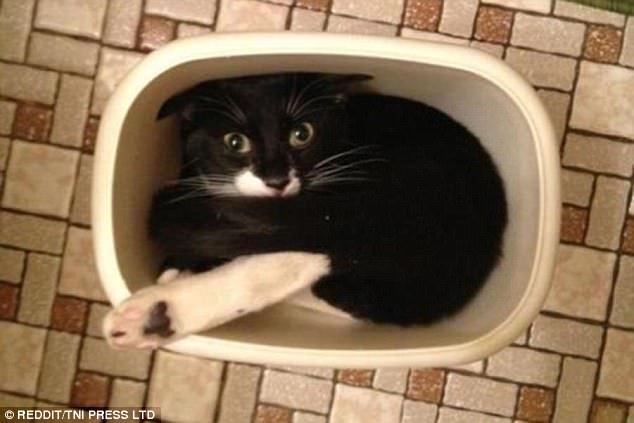 Meanwhile, this black cat managed to get itself into a mop bucket in the kitchen 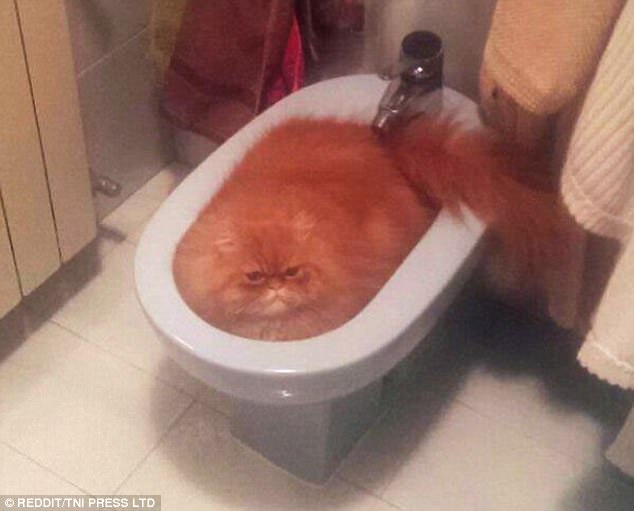