Chloe Ayling was evicted from the Celebrity Big Brother house on Tuesday night.

The glamour model, 21, was sent packing from the Channel 5 compound after being picked to leave over Scottish comedian Hardeep Singh.

Her eviction comes as her flirtatious relationship with football player, Jermaine Pennant, 35, reached fever pitch, with him dropping the bombshell he is married to his housemates, with her only finding out the status of his relationship in her exit interview.

Out: Chloe Ayling was evicted from the Celebrity Big Brother house on Tuesday night

During her chat with host Emma Willis, it was revealed to Chloe that Jermaine – who had left her love notes and she had kissed on multiple occasions – was actually married after he had previously told her that his relationship was “f***ed”.

Visibly shocked, Chloe branded the retired footballer ‘disgusting’ and publicly apologised to his wife Alice Goodwin, as she said: ‘No way. I don’t even know what to say to that. He led me on. When you’re in the house you don’t what to think.

‘Everyone was skeptical at first, especially when Natalie was saying some people were hiding their marriages. You don’t know what to believe. I had to accept what he told me and that’s all I could really do. 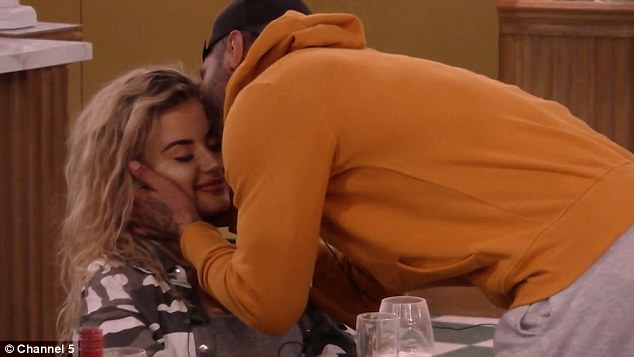 Shock: Chloe only found out Jermaine Pennant was married in her exit interview 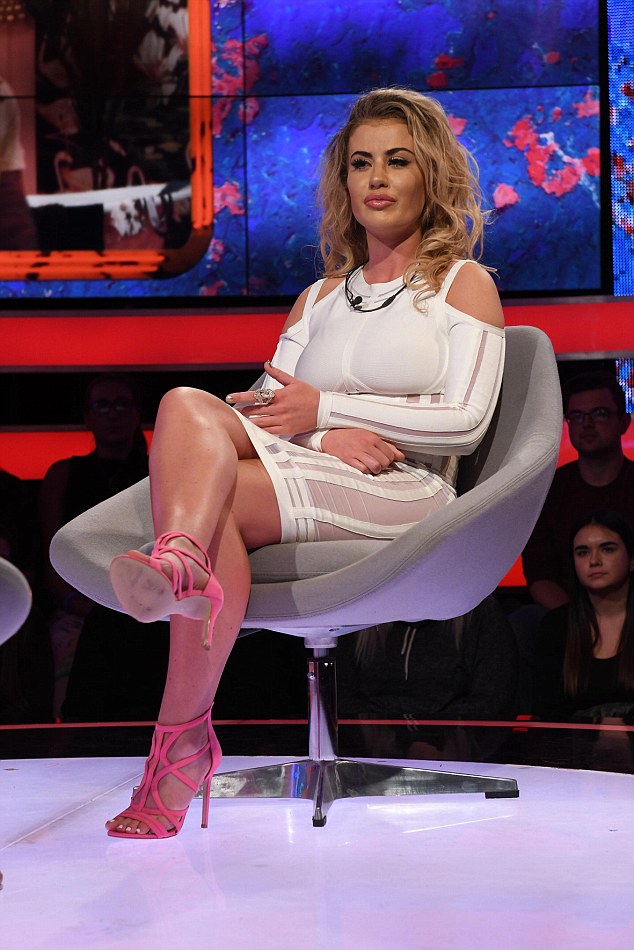 Evicted: The glamour model, 21, was sent packing from the Channel 5 compound after being put up for nomination with Scottish comedian Hardeep Singh 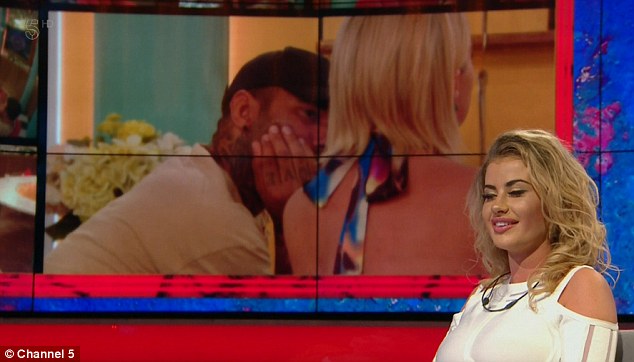 Wandering eyes: After leaving the house, Emma Willis delivered the news that Jermaine was in fact a married man

‘Just before I left he asked me to play it down and we’ll talk on the outside. That is just disgusting to be married and try and crack on with someone on TV.’

Expressing her remorse at entertaining his flirtations, Chloe said to the CBB host: ‘I just want to apologise for doing that. I had to go by what he said.’

Earlier in the show, viewers watched as the blonde beauty confronted him over the status of his relationship.

Jermaine, who was reluctant to state he was betrothed, dodged around the question but later let slip to Gabby Allen, Dan Osborne and Ben Jardine he was in fact a married man. 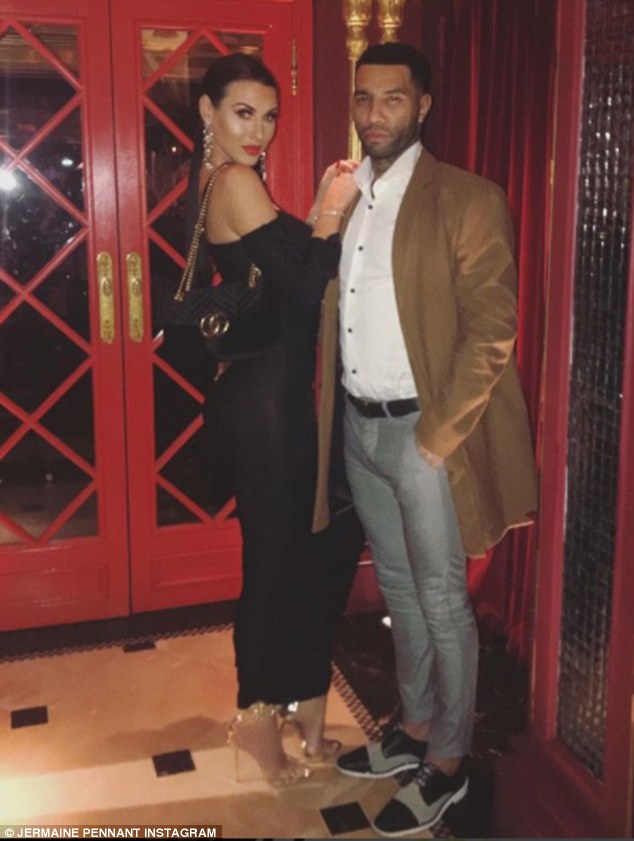 In a relationship: Jermaine has been married to glamour model Alice Goodwin for four years 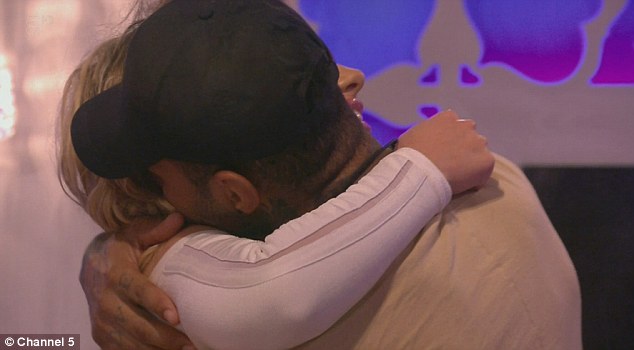 Speaking in the garden while Chloe was tucked up in bed, he told the trio: ‘It’s not nice if someone is looking why is my husband having to explain himself.’

Picking up on his slip-up, Gabby stuttered: ‘What, are you married? I didn’t know that.’

Unabashed, Jermaine replied: ‘Did you not see me come in the house in the ring? I just don’t wear it in the house now.’

Clearly unimpressed, Dan Osborne said: ‘I do see why your wife will be livid and fuming. I think you need to be clear. You have really got to think about your wife mate she ain’t going to happy.

Viewers took to Twitter in their droves as they watched the shocking scenes unfold.

One wrote: ‘I felt for Chloe. Jermaine is a snake get him out to face the public!’, while another added: ‘Omg what a scumbag Jermaine is!! Putting his ring back on after his revelation he’s married’. 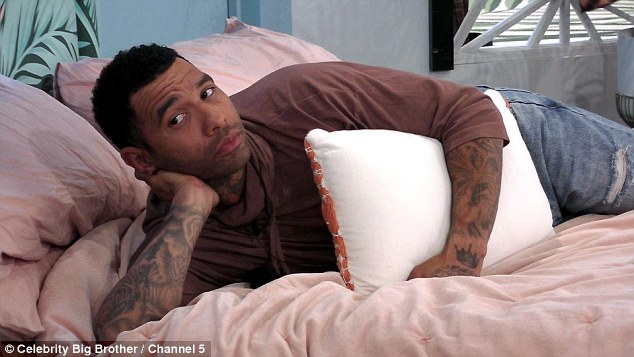 Caught up: Previously, Jermaine, 35, who has been married to glamour model Alice Goodwin for four years, was caught sending a flirty message to the 21-year-old model in her make-up

The marriage talk came about after Jermaine’s secret notes to Chloe were revealed to the entire house by the model.

Previously, Jermaine who has been married to glamour model Alice for four years, was caught sending a flirty message to her in her powder compact last week.

She began: ‘He wrote under the thing, “I think I like you shh.”‘ 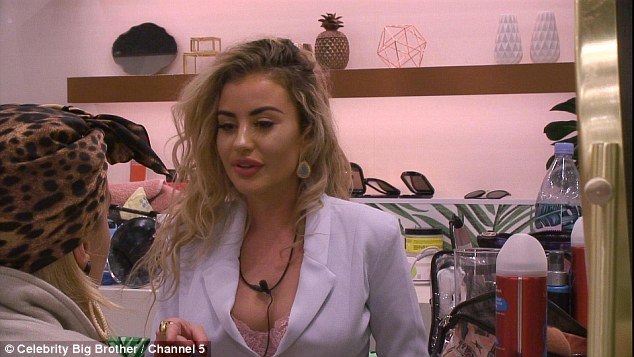 Sharing: Chloe decided to tell her fellow housemates about the intimate notes while they all lounge around in the living room

Asking the question on everyone’s lip, former Emmerdale actress Roxanne asked: ‘Did you write one back?’, to which Chloe confessed that she asked him how long he’d found her attractive and shared: ‘”Day one”. Then there was a break and he said: “might get interesting now”‘.

Weighing in on the situation, Dan expressed concern for his wife as he lamented: ‘His poor missus, man. When did you feel the need to expose him like that?’

Soap star Roxanne couldn’t contain her thrill as she uttered: ‘Oh I’ve got my soap opera it’s like a real life soap opera.’ 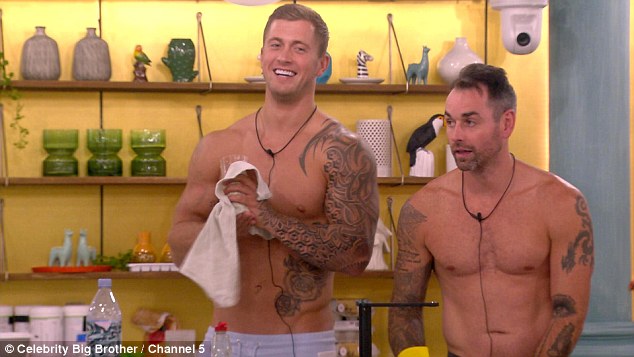 Weighing in: Unimpressed with the situation, Dan weighed in and voiced his distaste for the admission for his other half watching the saga unfold on television 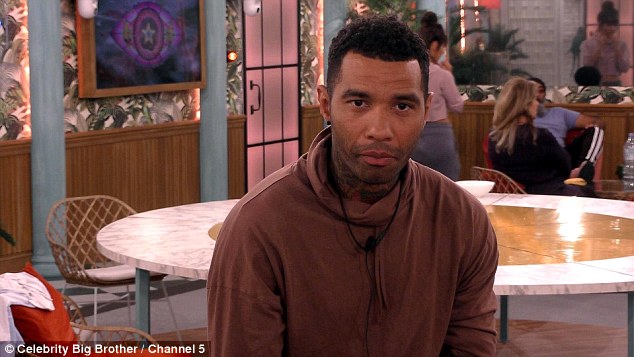 Backtracking: However, Jermaine insists that his flirting with Chloe has just been ‘banter’ as he backtracks on his previous remarks

Chloe continued to tell her housemates about the situation and shared: ‘This is the thing, I said: “but you have a girlfriend?”. And he said: “but it’s f***ed now,” so I don’t understand. So he’s basically said it’s over.’

To which Dan answered: ‘I don’t want to talk about it.’

However, Jermaine insisted that his flirting with Chloe has just been ‘banter’ as he backtracked on his previous remarks.

He told Gabby Allen and Ryan: ‘No one’s done anything so no one’s going to get into trouble. Obviously she thinks one thing but I mean, nobody’s done anything. They’ve not got on camera like me kissing or anything like that, the games we’re playing.’ 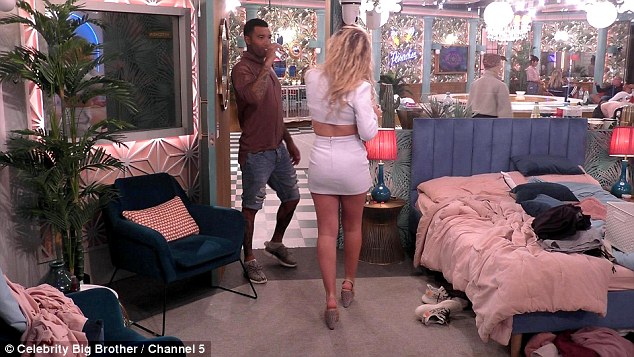 In the past: Jermaine was previously caught sending a flirty message to Chloe in the Celebrity Big Brother house last week