A CBS executive who developed a series of hit shows including Survivor is suing the network claiming he is being fired because of his Japanese heritage and his age.

Ghen Maynard, 53, is suing the network, claiming he is being pushed out of his job unfairly.

In a lawsuit filed in Los Angeles on Monday, he claims he was unceremoniously told on October 2 that his department and role were being eliminated by the company, despite him contributing to shows which made ‘well over a billion dollars’ for it.

Maynard alleges that it is part of a systematic effort by CBS to get rid of older executives and, in part, because he is Japanese.

The lawsuit says he is ‘the only non-white executive at CBS Studios with his level of decision-making authority.’

He says he has been treated frostily by the new leadership at CBS ever since the departure of Les Moonves, the former chairman and CEO who was pushed out in September 2018 amid a string of sexual harassment claims.

Maynard describes a culture where he says he was disinvited to meetings and where the only other minority senior executive, Angelica McDaniel, has also been fired for no reason.

CBS dismissed the lawsuit on Monday, telling DailyMail.com that it is ‘without merit’.

Maynard started working for the network in 1997 and developed dramas including CSI: Crime Scene Investigation.

He then moved to alternative programming and, while in that department, launched Survivor and other reality shows.

Maynard had a successful run and was treated well, he said, until the departure of Les Moonves in September. 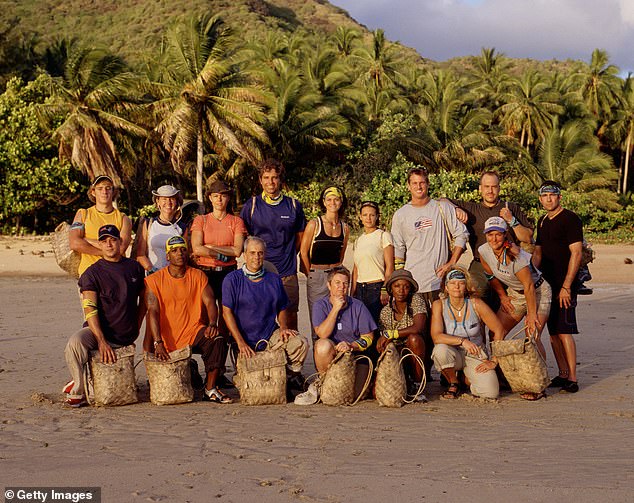 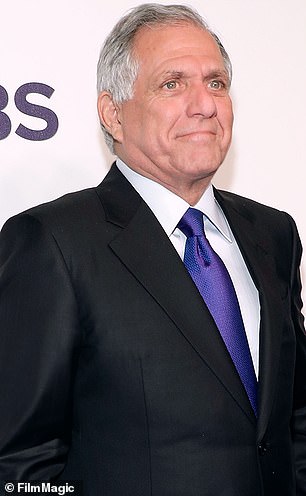 Maynard claims he has been treated poorly since Les Moonves was ousted last year amid claims of sexual harassment. Moonves brought him back to the network in 2016

‘Despite blaming all of its problems on Mr. Moonves and claiming that it has taken steps to improve race and gender issues at the Company, today’s CBS “leaders,” those making the key decisions on such issues, are all white males, whose decisions belie CBS’ self-serving rhetoric,’ his lawyer writes in his lawsuit.

‘CBS has come under increased scrutiny in the media because of its poor track record of dealing with issues related to the diversity of its shows and employees.

‘While its leaders falsely claim to the press they are working to address this, their behavior behind the scenes reflects the exact opposite intent, pushing out diverse individuals at the highest levels, all but ensuring that those diverse employees that remain are relegated to lower levels or with far less seniority, and thus, kept “in their place,’ it goes on.

Among the ill-treatment, he says, is being removed from BH90210 – a show that he helped create and was then sold to Fox – after a female employee claimed he had treated her inappropriately.

The woman reportedly told bosses that he had not said hello to her one day in the same way he had said it to male staff members.

On October 2, he said was told that his entire department and role were becoming defunct. 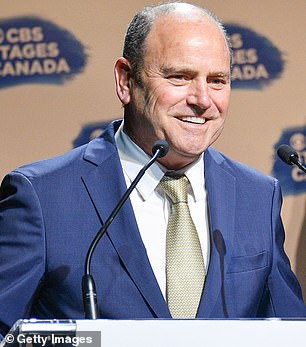 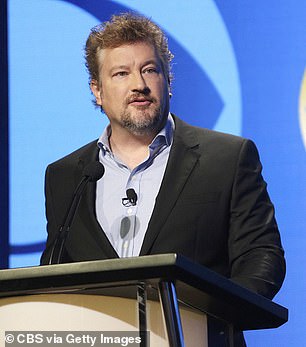 Maynard says he is the latest in a string of older executives who have worked for the company for 20 years or so that have been pushed out.

‘CBS has been eliminating several upper-level executives over the age of 40,’ the lawsuit says.

It named five other people who he says have all been unfairly fired.

‘While Mr. Maynard had hoped not to have to file this lawsuit, CBS’ refusal to accept responsibility for its toxic culture and its attempts to silence him have forced him to pursue his claims in court,’ his lawsuit reads.

He is seeking unspecified damages.

In a statement to DailyMail.com, a CBS spokesperson said: ‘Mr. Maynard’s contract was not renewed due to the elimination of the Studio’s alternative programming department.

‘The claims in this suit are completely without merit, and we will defend against it vigorously.’