New federal recommendations suggest states include people with disabilities or cognitive decline and their caretakers on their lists of who is eligible to receive a COVID-19 vaccine.

On Tuesday evening, the Centers for Disease Control and Prevention (CDC) quietly updated its guidance on who should be getting the shots.

CDC officials continued to stress that all three authorized vaccines – made by Pfizer-BioNTech, Moderna and Johnson & Johnson – are equally recommended during this phase of the rollout when supplies are limited.

However, they did add that J&J’s one-dose shot, which does not need to be frozen like Pfizer’s and Moderna’s vaccines, might be best for people who need to be fully immunized as quickly as possible or would have difficulty booking an appointment for a second dose. 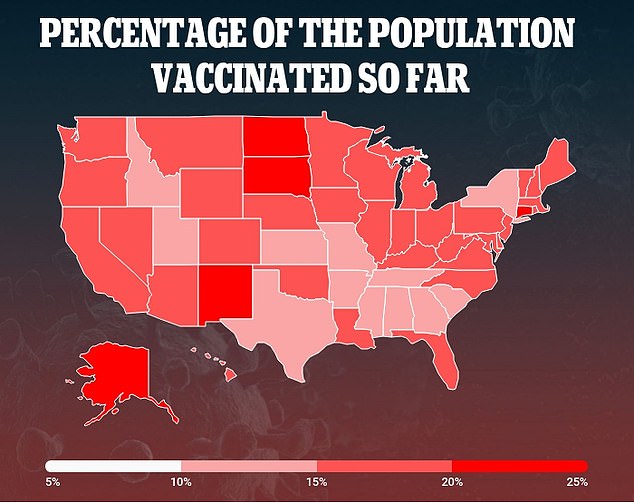 Prior the updated guidance, disability advocates had been urging the CDC to prioritize this high-risk population.

Last month, a letter was addressed to CDC leadership by 16 advocacy groups urging that people with a developmental disabilities who live alone or with family be added to some of the first groups to receive the shot.

The federal health agency had prioritized those in long-term care facilities, putting them in group 1A along with frontline healthcare workers.

While this group often includes people with disabilities living in care facilities, the CDC did not mention those not living in congregate setting.

It is estimated that there are approximately 6.5 million people in the U.S. who have an intellectual disability.

The letter cited several studies showing that people with intellectual and developmental disabilities (IDD) are at higher risk of complications and death from COVID-19, including one study that found they are three times more likely to die from the disease.

‘Individuals with IDD (are at significantly higher risk compared to the general population, regardless of their living situation,’ the letter read.

‘We believe that at-risk individuals with IDD must be prioritized explicitly along with other high-risk diagnoses.’

Currently, individuals with developmental disabilities have access to COVID-19 vaccines in 31 states, according to ANCOR, a non-profit trade association that  represents private community providers of services to people with disabilities.

The updated CDC guidance encouraged states to consider the ‘unique needs’ of those with disabilities or cognitive decline and their caretakers. 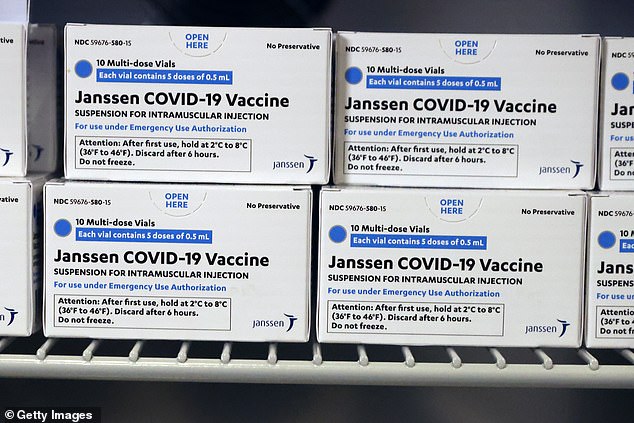 The CDC said the Johnson & Johnson vaccine (above)  might be best for this population  because it is one dose, doesn’t need to frozen and is best for those who need to be fully immunized quickly 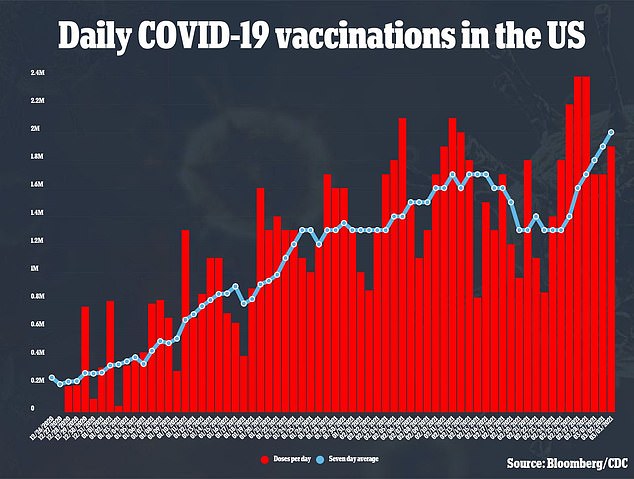 The U.S. reached a seven-day rolling average of two millions vaccinations per day for the first time

Officials added they might have access to technology, which means they might not have a great deal of information about vaccines, know what locations near them are offering doses, and how to schedule an appointment.

The new recommendations also said the J&J vaccine might the best one to administer to this population.

Because the shot is only one dose and can be refrigerated, ‘it may be amenable to use in mobile clinics or sites that do not have freezer capacity necessary for storing’ other vaccine.

In addition, the J&J inoculation it ‘may be desirable for mobile populations or populations with high turnover, such as homeless shelters or correctional facilities.’

It comes as the U.S. reached a seven-day rolling average of two millions vaccinations per day for the first tine. 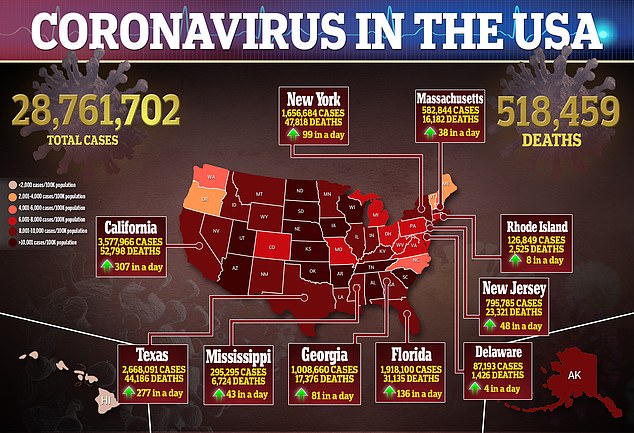