Celebrities who own property in Dubai 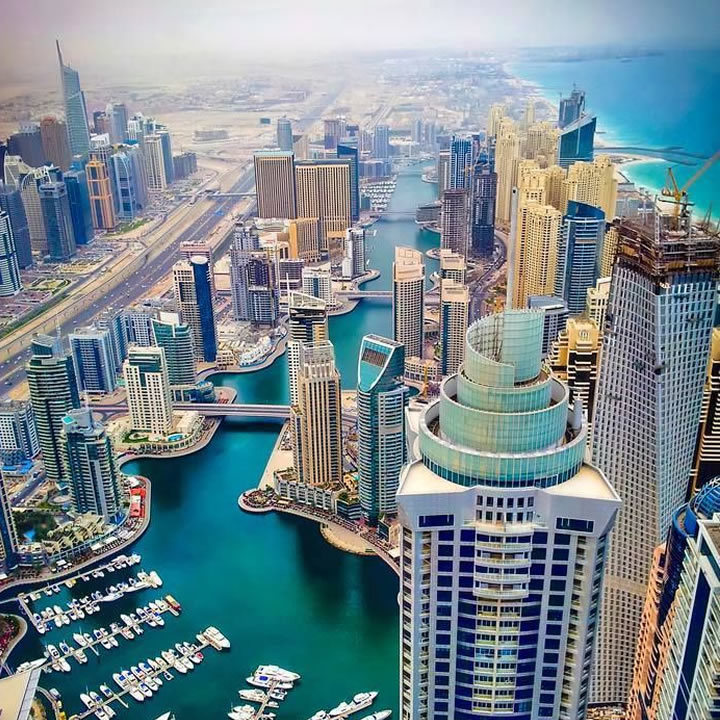 People have always been interested in the lives of the famous and yearned to be close to them. Currently, one of the top destinations for celebrities is Dubai, UAE, the capital of the Emirate of Dubai. With the Arabian Desert on one side and the Persian Gulf on the other, Dubai’s sights are exceptional. From the stunning architecture of the world’s highest building to the seclusion of its private islands, this city can charm everyone.

The best places to rent a property in Dubai are scattered throughout the city. Best is individual, of course, and depends on your wishes and money you’re ready to spend on rent. This article is about high-profile places — the places you’d like to choose if you want to live near a star. Or feel like one.

So, here’s where to rent a house in Dubai if you want to be near famous people.

Downtown Dubai: Downtown Dubai is iconic. It houses perhaps the most known building in the country and, currently, the tallest one in the world — Burj Khalifa. It rises up to 828 m — that’s 162 floors. This skyscraper amazes every visitor and has been a magnet for many celebrities over the years. Other famous structures in the district include the city opera, fountain, and the mall – one of the largest malls in the world. Downtown Dubai has plenty of houses to rent, too.

The World: Celebrities love another artificial archipelago, The World, for the seclusion it provides. It comprises a total of 300 islands that range between approximately 23 to 83 square meters. Four kilometers from the city shore, it offers privacy but is close to all the necessary infrastructure.

5 celebrities/celebrity couples who own real estate in Dubai

Many celebrities and famous couples have chosen Dubai as their home away from home. Here are five of them, living in the city, enjoying sights and privacy and opulence.

Madonna: Queen of Pop, arguably the most iconic pop singer in existence, owns a mansion in Dubai. The mansion is a part of a larger territory that comes with an extensive private beach. The waterfront measures 1.4 km (approximately 0.87 miles). This area is part of The World that was mentioned before.

Lindsay Lohan: One of Hollywood’s most famous and another resident of The World, Lindsay Lohan owns several islands on the archipelago. She has stayed in Dubai permanently since 2014.

Giorgio Armani: The Italian designer opened the Armani Hotel in the city 11 years ago. The hotel is located downtown, in the giant Burj Khalifa of Dubai. It has 160 impeccably decorated rooms, over ten floors, and is widely considered the most luxurious hotel on the planet. The Armani Hotel offers amazing scenery and claims to be committed to sustainability. The second Armani hotel is in Milan.

David and Victoria Beckham: David and Victoria Beckham bought their first Dubai property, a seven-bedroom villa, in 2008. It is located on Palm Jumeirah Island, has a private beach, and it’s said to cost about $1.6 million. Currently, it belongs to Victoria’s parents. The couple purchased another piece of real estate in 2009 for approximately $5 million. The apartment is located in Burj Khalifa.

There are many more celebrities that own real estate in Dubai, whom we can’t help but mention.

Michael Schumacher is yet another celebrity who has chosen The World as his place of residence. His island has the shape of Antarctica and is reportedly was given to him as a retirement gift.

Famous Bollywood star, Shilpa Shetty, used to own an apartment in Burj Khalifa, which was a wedding present from her husband. She has apparently sold it and purchased a villa on The Palm Jumeirah.

Pamela Anderson is said to have received one of Dubai’s artificial islands as a gift from her ex-husband.

What is the best place in Dubai to buy or rent real estate?

The choice of location should, of course, depend entirely on your taste and preferences. However, if you are ready to spend money and would enjoy having famous neighbors, the artificial archipelago The World might be the best place to buy that private island you’ve dreamed about.

If you want to rent a flat to explore the city, downtown Dubai is an excellent choice to start exploring life there. It features some of the world’s best attractions, shopping centers, and architecture. And yes, you might meet a star.

Dubai has been of great interest to celebrities over the past two decades. Many influential people have decided to acquire property here. Maybe they choose this place because of the solitude Dubai’s islands provide without sacrificing infrastructure. Or, perhaps they were drawn by warm sunsets or luxury or new experiences or climate. Whatever the reason, this city is great to live in — you might want to try it, too.