Patients with common yet hard-to-treat blood cancer could benefit from treatment that reprogrammes the immune system to fight the disease.

These are modified over five weeks in a lab, causing them to produce a cancer-fighting protein (the CAR) – creating CAR T-cells. They are then put back into the patient via an intravenous infusion, where they seek out and attack cancer cells.

The therapy has previously only been available on the NHS for certain subtypes of blood cancer – but as part of a pivotal UK clinical trial, it is being tested on a wider group with common forms of the disease. It could throw a lifeline to those who, until now, have faced an uncertain prognosis. 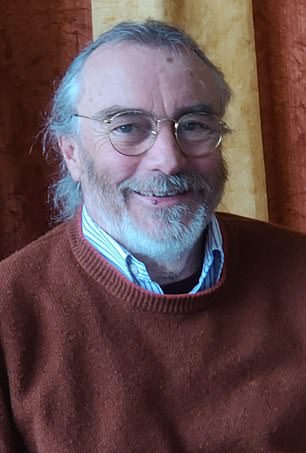 ‘I can’t say I’m cured, but there’s no sign of cancer at the moment,’ said Mr Edwards after his successful CAR-T-cell therapy

Blood cancers affect cells in the blood and include leukaemia, lymphoma, myeloma and almost 100 other forms. Collectively, there are more than 41,000 new diagnoses each year. Roughly a quarter of a million people are living with these diseases in the UK.

Blood cancer is also the most common cancer in children, with 500 under-15s hit by it every year.

Now it’s being trialled on patients with two other types: B-cell non-Hodgkin’s lymphoma and chronic lymphocytic leukaemia, which together affect almost 19,000 people a year.

Most patients with these cancers are successfully treated with chemotherapy and other drugs, but about a quarter have what’s known as refractory disease, meaning they don’t respond, or relapse within two years.

The trial, run by University College London Hospitals (UCLH) NHS Foundation Trust, offers CAR T-cell therapy to these groups. If it is a success, doctors hope it will become more widely used.

Speaking exclusively to The Mail on Sunday, the first UK chronic lymphocytic leukaemia patient to receive the treatment has revealed he is now free of the disease after just two infusions of CAR T-cells.

Robin Edwards, 66, from Buxton in Derbyshire, was diagnosed a decade ago after visiting his GP complaining of a swollen neck. He was given chemotherapy and immune-boosting drugs, which stopped the cancer progressing.

However, in 2021 he began to deteriorate and was offered CAR T-cell therapy as part of the trial. He had his infusions in May that year. The treatment was a success, and his consultants have told him he is now in complete remission.

He said: ‘It’s brilliant news. I have two grandchildren, who are three and five, and I feel like I’m going to see them grow up.

‘I can’t say I’m cured, but there’s no sign of cancer at the moment.’ 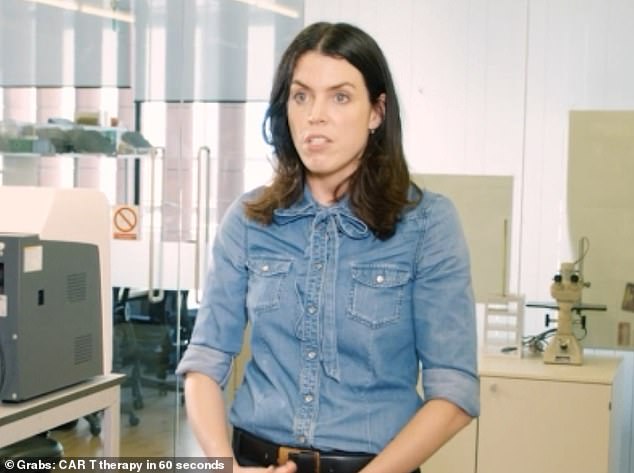 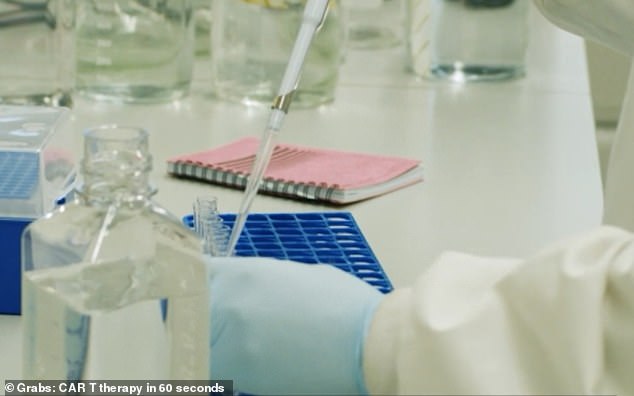 CAR T-cell therapy was approved in the UK in 2018, but there are downsides. A significant proportion of patients suffer side effects, including cytokine release syndrome, where the immune system becomes over-activated, causing illness. Some need to be admitted to intensive care.

In other patients, the infused CAR T-cells failed to ‘take’, disappearing from the bloodstream.

The trial is using a new kind of CAR T-cell, genetically modified in a different way. Experts say, thanks to this, they are overcoming these two challenges.

Dr Martin Pule, who leads the University College London CAR T-cell programme, said: ‘A large focus of our work has been on minimising the toxicity associated with CAR T therapy while maximising the persistence of CAR T-cells in the body.’

When CAR T-cells bind to cancer cells, they not only attack but also multiply, producing more cancer-fighting CAR T-cells. ‘The proteins on the CAR T-cells act like a homing device, allowing them to seek out and attack cancers,’ says Prof Roddie.

‘In early versions of the treatment, the CAR T-cells attached for long periods of time, causing the immune system over-reaction in some patients. Now we’ve designed a protein which binds with the T-cells for only minutes rather than hours.

‘We hope this will protect against side effects, but it may also create a more sustained production of cancer-killing T-cells.’

In an earlier study, patients continued to make cancer-fighting CAR T-cells years after receiving treatment. Prof Roddie said: ‘Eight out of 20 original participants in that trial are still in remission.

‘Four out of five chronic lymphocytic leukaemia in the new trial are now in remission – the longest for 15 months.’