By Brian Marjoribanks For The Scottish Daily Mail

Neil Lennon hailed ‘big-game player’ Odsonne Edouard after his Champions League heroics in Sarajevo – but revealed the Frenchman needed a half-time change of footwear to rediscover his goalscoring touch.

Celtic’s £9million record signing kept slipping on a rain-soaked pitch during the first half as the Bosnian champions took the lead in Tuesday night’s first leg of the first-round qualifier.

But Edouard found his feet after Mikey Johnston’s stunning 30-yard equaliser and netted the vital second goal six minutes after the break. A late Scott Sinclair goal rounded off a fine 3-1 win ahead of next Wednesday’s second leg at Celtic Park.

Lennon said: ‘Odsonne is a big-game player. You don’t have to whip him much to get a response from him.

‘But he had to change his boots at half-time because the pitch was very heavy.

‘He was slipping a little bit but he looked a lot more assured in the second half. His finish showed great composure.

‘Mikey Johnston also scored a great goal. It was a great hit and he did some special things in the game, so he can be delighted with his performance.

‘Mikey’s goal was really important at that stage of the game because it settled us down and we had control after that.

‘I am delighted by the result and performance. To score three goals away from home – no matter the level – at this stage of the season is very promising. And we could have won by more.’ 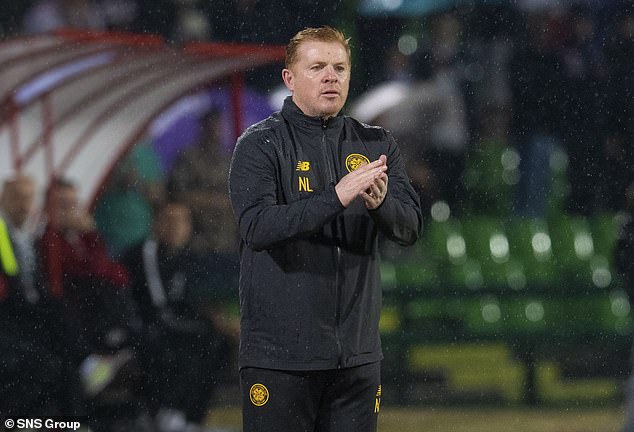 Boli Bolingoli-Mbombo, the club’s new £3m signing from Rapid Vienna, had to be replaced by Jonny Hayes after 57 minutes but Lennon played down fears of an injury.

He said: ‘Boli rolled his ankle, so I took him off as a precaution. ‘Mikey Johnston came off because he was tired more than anything.

‘But the subs who came on all made a telling contribution in the last half-hour of the game.

‘It was just a great all-round squad performance.

‘I was particularly pleased about how we reacted to the Sarajevo goal. We had been a bit cagey, trying to work them out, but once we got the ball down and moved it quicker, we got a lot of joy from that. But we still have a job to do in the second leg.’ 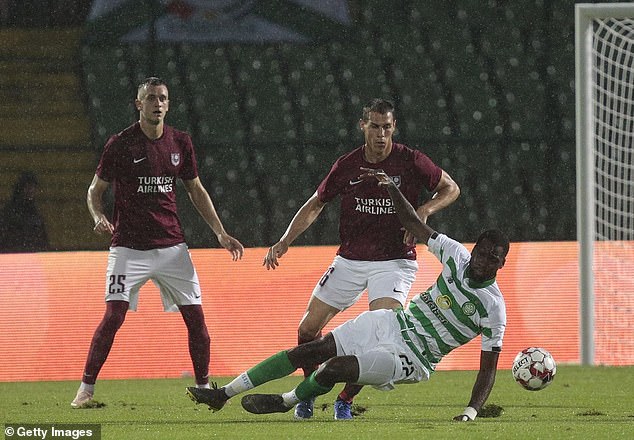 Lennon dismissed reports he is on the verge of signing Ecuadorian Under-20 international midfielder Sergio Quintero.

‘I don’t know where that has come from,’ he said. ‘He has not cropped up in any conversation so far. He thinks he’s signing for us? Good luck to him on that one. ‘I’m not aware of any contact from our side. But we are looking to move in the transfer market to help us get up and running in certain positions.’ Meanwhile, Johnston hopes his wonder strike can keep him in the Celtic starting line-up.

He said: ‘I have scored some good goals before, so I don’t know if it’s the best I’ve ever scored – but maybe it is.

‘If I keep performing well and I am training well, I will get opportunities, but it’s up to the manager if I play.’ Should Celtic progress, they will meet the winners of the tie between FK Shkendija of Macedonia and Estonians Nomme Kalju, with visitors Shkendija winning the first leg 1-0 in Tallinn on Tuesday night.