Celtic could face Estonians Nomme Kalju or Shkendija of North Macedonia if they can fight past FK Sarajevo to reach the second qualifying round of the Champions League.

Neil Lennon’s side kick off their bid for the group stages against the Bosnians on July 9-10.

And the Parkhead boss is likely to turn to winger Jonny Hayes for advice if his side ends up facing Shkendija in the next round.

The Irishman was part of the Aberdeen side which claimed a 1-1 Europa League draw in Tetovo in 2015 as Derek McInnes’ Dons edged the Macedonians out on away goals.

Kalju have a familiar face in their ranks too having recently signed former St Mirren winger Sander Puri. The 31-year-old made the first of three appearances for the Buddies against Lennon’s side back in 2013.

Before worrying about that, however, the Hoops must take care of a Sarajevo side managed by former Hearts striker Husref Musemic.

The treble-treble winners are due to play at home in the first leg on July 9-10, although selections are subject to change. 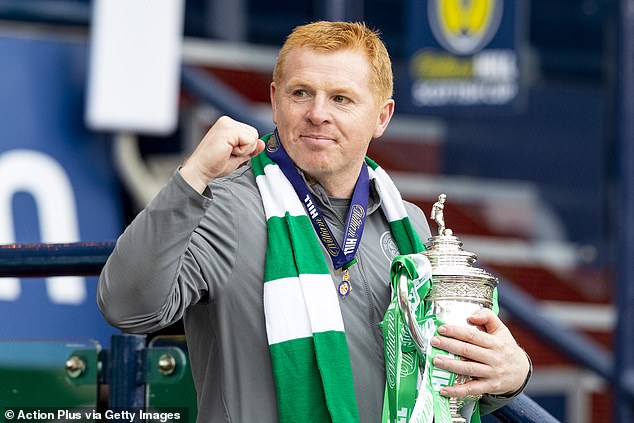 The Hoops missed out on a place in last year’s group stage after being dumped out in the third qualifying round by Greek champions AEK Athens, although the team did progress to the last 32 of the Europa League under former boss Brendan Rodgers.

If Celtic fail to beat Sarajevo, they have been handed a safety net from UEFA in the shape of a bye to the Europa League’s third qualifying round.

Meanwhile, Northern Irish champions Linfield have learned they will face Bate Borisob of Belarus or Poles Piast Gliwice if they can sneak past Norwegians Rosenborg in their opening Champions League qualifier.

Ireland’s Dundalk start their campaign against Latvians Riga, with the winner taking on either Qarabag of Azerbaijan or Albanians FK Partizani.

The New Saints of Wales will be rewarded with a clash against FC Copenhagen if they come through the first qualifying round unscathed.

The Oswestry side face the winners of the preliminary round, which sees Kosovans Feronikeli take on Lincoln Red Imps of Gibraltar, while San Marino’s Tre Penne meet FC Santa Coloma of Andorra on June 25, with the two victors progressing to a play-off three days later that will decide who enters the competition proper.