‘It’s time for me to leave… the single life!’: Celtics star Marcus Smart announces Christmas engagement to his girlfriend Maisa – after initially leaving fans in a panic with his cryptic social media reveal

Marcus Smart had Boston Celtics fans on the edge of their seats in a series of cryptic tweets that ended with a revealed proposal to his girlfriend Maisa Hallum.

In an image posted to Twitter, Smart posted an image of himself and Hallum wearing matching Christmas pajamas and Hallum holding up the ring.

The reveal came after Smart and the Boston Celtics downed the Milwaukee Bucks to extend their lead atop the Eastern Conference.

The posts initially drew intrigue, then concern from Boston fans – with smart beginning his announcement with a single tweet stating ‘guess what…………’, followed by another post saying ‘I’ve had enough. Been holding it in too long and it’s about time this gets said ….’

Then, more shock and concern came as Smart tweeted out, ‘It’s time for me to leave…’ before posting a pitcture of Hallum with a ring on her finger.

That post had a modified caption, saying, ‘Oh I forgot the rest… Time for me to leave the single life. She said YES!!! (Whew)’. 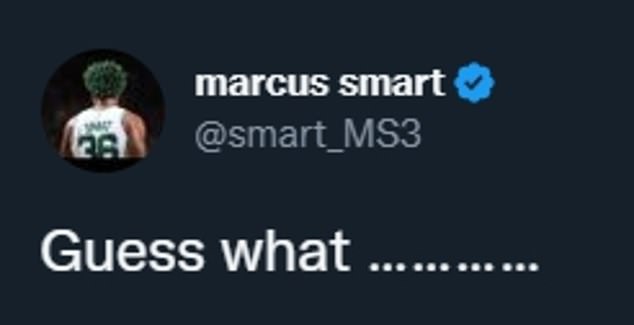 Smart also posted his happy news to Instagram, with a video of the proposal attached. Smart enlisted the help of Hollywood actor Will Smith – who sent in a video from Antarctica.

‘Now, I know that you may not have gotten the stuff that you wanted, I promise you, you’re not going to end this Christmas empty-handed,’ Smith said in a pre-taped clip.

A number of NBA players and teammates – including Jason Tatum, Blake Griffin, Obi Toppin, and Evan Turner all offered congratulations to the happy couple. 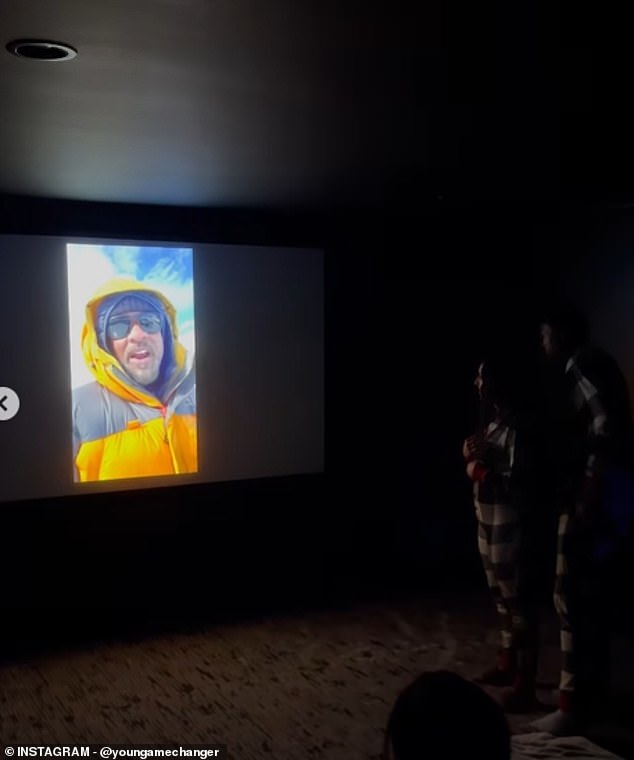 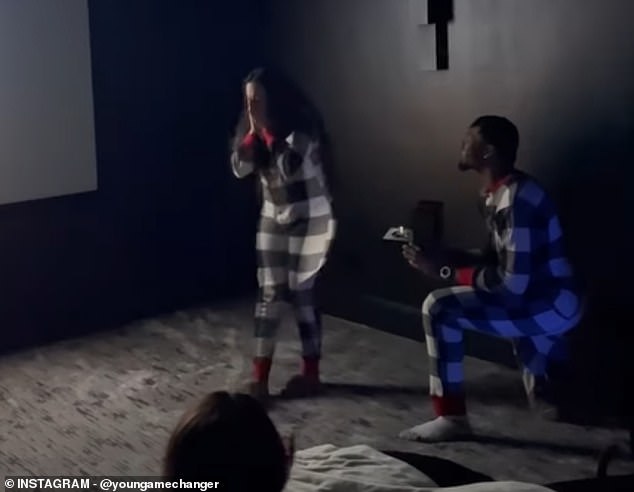 With a little help from Will Smith, Smart proposed to Hallum and caught it all on tape

Smart posted the photos just after a stellar performance from the Celtics against the Milwaukee Bucks.

While he didn’t score much, Smart matched his six points with eight steals and three rebounds in the 139-118 victory.

For the Bucks, star forward Giannis Antetokounmpo put up 27 points, nine rebounds, and three assists in the loss. 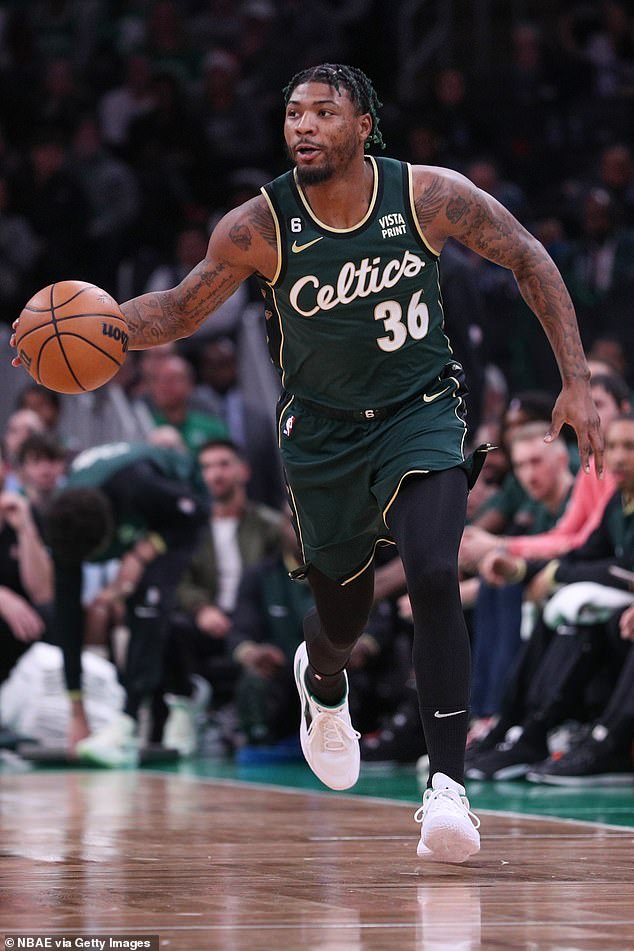