A moving ceremony has taken place to remember one of the most highly-decorated airman of both world wars.

But despite winning a number of medals for his heroism in both the first and second world wars, Lt Col Strange’s headstone was left in a ‘sorry state’ without any mention of what he did for his country.

The grave in a churchyard in Worth Matravers, Dorset has now been given a makeover fitting for the valiant pilot.

In 1915 Lt Col Strange was thrown out of his biplane at 2,000ft when the aircraft flipped over as he stood in the cockpit to change the ammunition drum of his mounted machine gun.

He grabbed hold of the drum and dangled in mid-air as his inverted plane hurtled to the ground.

He managed to claw himself back into the cockpit using his legs and right the aircraft in the nick of time. The escapade was later recorded in a cartoon in the military magazine Top Spot.

In the Second World War the then 50-year-old pilot was the last man to leave an RAF aerodrome near Dunkirk as the Germans rapidly advanced and he took off in an unarmed Hurricane while being shot at from the ground.

As he climbed he encountered eight Messerschmitt 109 fighter planes that chased after him.

Unable to fight back, he used all his aviation skills to fly at tree-top height to dodge them until he reached Royal Navy ships in the English Channel which gave him covering fire. 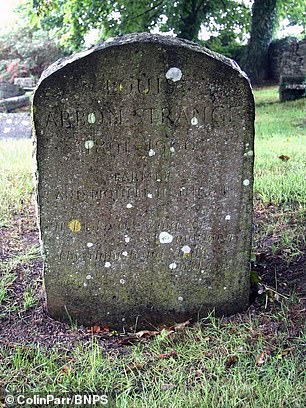 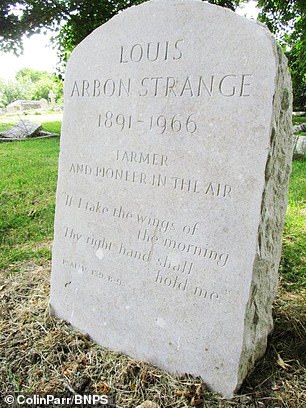 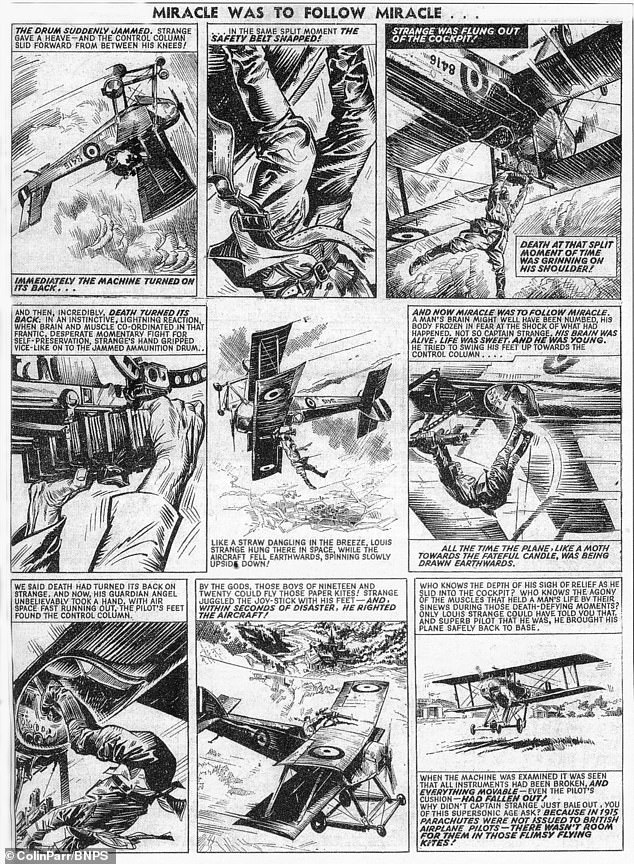 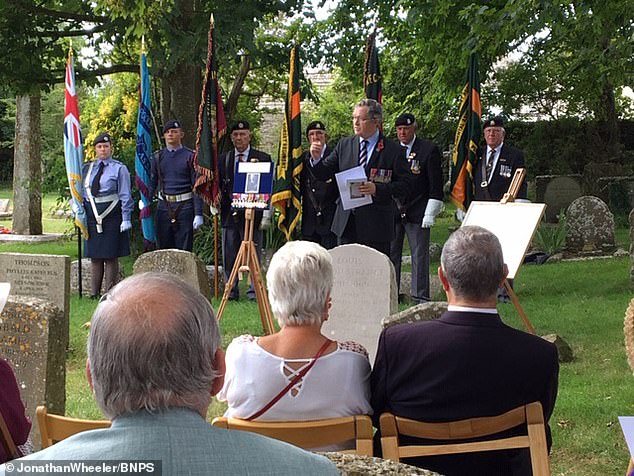 Doctor John Travell, Chaplain to The Society of Dorset Men, giving the eulogy at the memorial service for Lt Col Strange at St Nicholas Church, Worth Matravers

Lt Col Strange developed the concept of shooting and bombing from a plane during the First World War and helped form the Parachute Regiment in the Second World War.

He also assisted in the planning of D-Day and witnessed the negotiations for the German surrender in Reims, France, in 1945.

He received the Military Cross for gaining ‘ace’ status with six ‘kills’.

Between the wars and afterwards, Lt Col Strange worked as a farmer in the Dorset village of Worth Matravers.

He donated his set of 12 medals to a local military museum in the 1950s when he feared his estranged wife would take them.

Last year volunteers from the Keep Military Museum in Dorchester embarked on a search for Lt Col’s Strange’s lost grave.

Military historian Peter Metcalfe and Captain Colin Parr eventually found his headstone and gave it the treatment deserving of a hero. 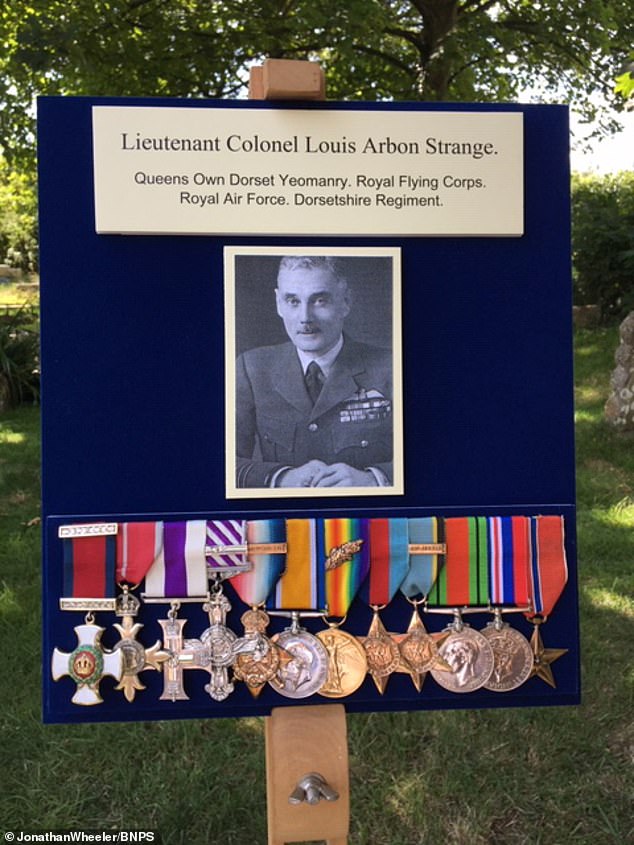 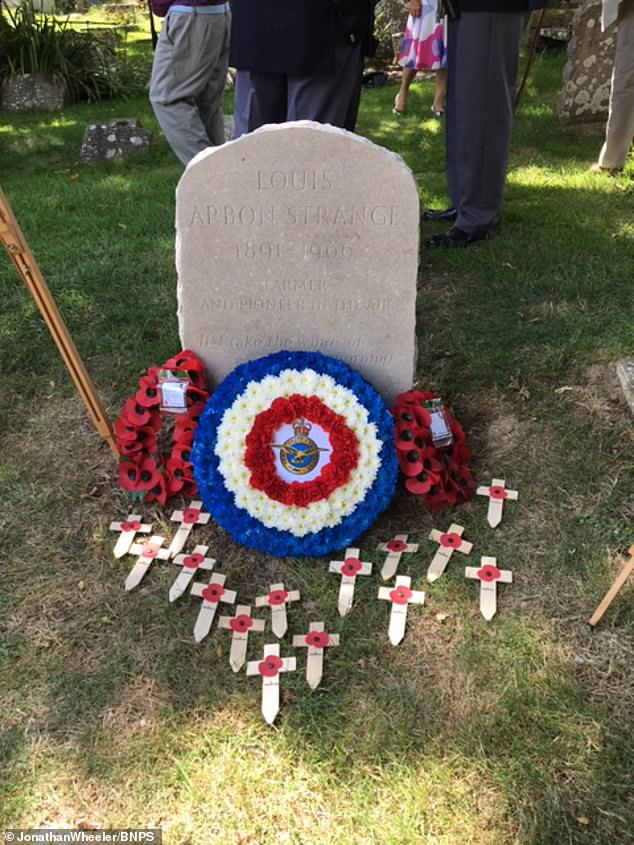 Lt Col Strange’s gravestone with wreaths after the poignant ceremony 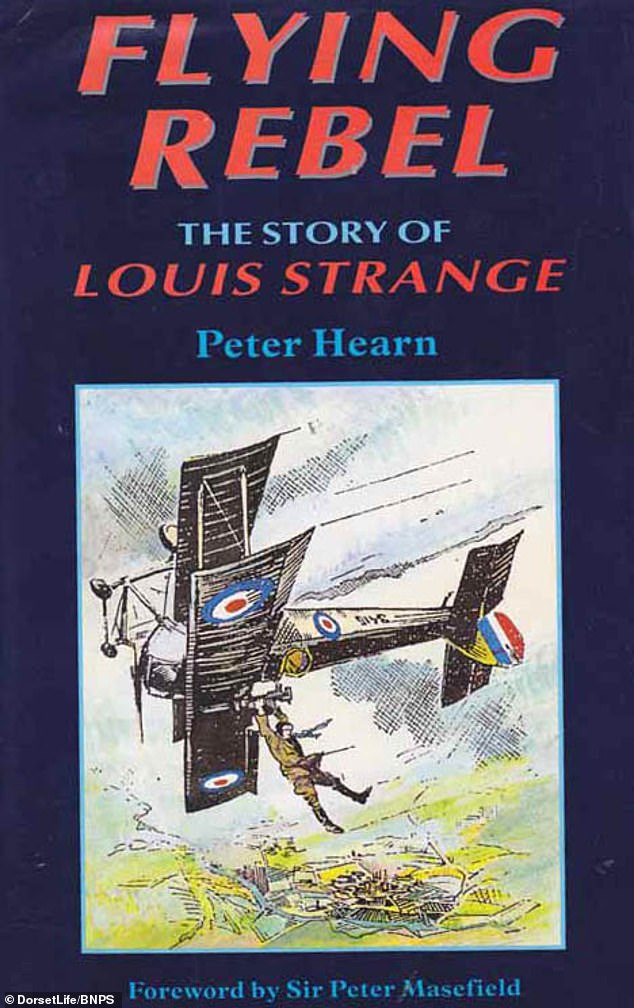 The flying exploits of Strange were recalled in print

Mr Metcalfe, 74, said: ‘Louis Strange is a huge hero in our museum. We have his unbelievable collection of 12 medals – four of which are for bravery.

‘Last year Colin and I decided to look for his grave. We knew he had farmed in Worth Matravers and we went there a couple of times but couldn’t find it.

‘Then the third time we found a leaning headstone that was in a very poor state. You could barely read the wording on it but we were able to establish it was his grave.

‘You could tell nobody had been there for years. It had been lost and forgotten. We had to do something, we couldn’t stand for it looking the way it did.

‘I know a mason and he offered to sort it out. It is now in the most immaculate state.

‘The man led the most amazing life yet his headstone is very humble. It just states ‘Louis Arbon Strange. 1891-1966. Farmer and pioneer in the air.’

‘We held a lovely service for him with many members of the Strange family there.’

Jonathan Wheeler, Lt Col Strange’s great nephew, added: ‘I am very fortunate to be related to such an extraordinary man.

‘Last year I found Louis’ grave covered in lichen and leaning over. It is so wonderful to see it respected and shining as bright now as it did when it was first put in place.’ 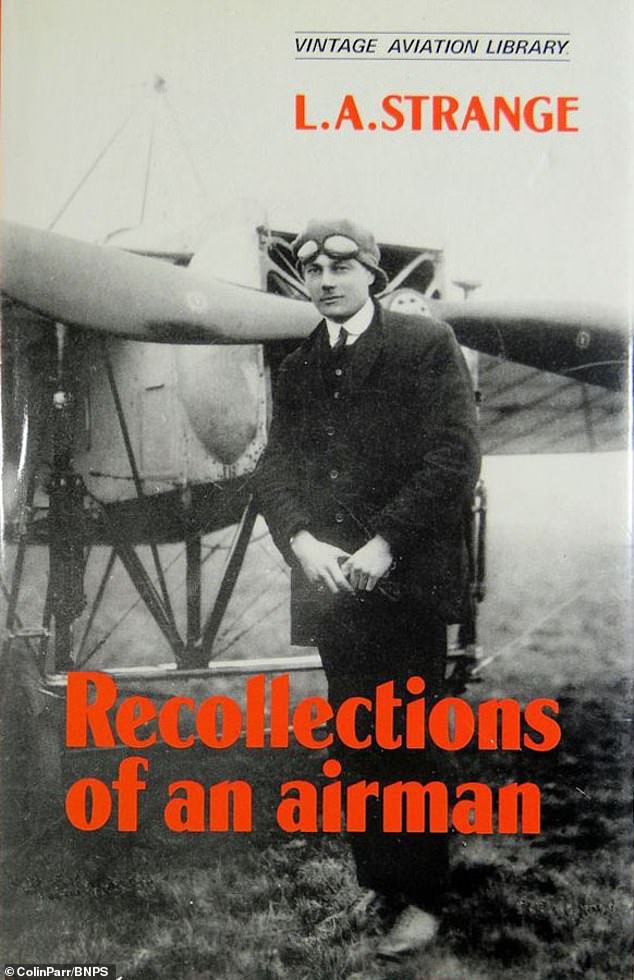 Lt Col Strange joined the army’s Dorset Yeomanry before he decided to go into the Royal Flying Corps in 1913.

In October 1914 he was the first person to adapt his biplane to carry a Lewis machine gun mounted to the top wing.

The following year he helped design a bomb chute in the floor of his plane to deliver his payload with greater accuracy rather the drop it over the side.

But the invention almost killed him when one bomb jammed with the detonator pointing downward, meaning he was unable to land.

With fuel running out he dropped a warning note over the airfield so the ground crew could be evacuated.

He then ingeniously flew low over a nearby wheat field in the hope the hardy crops would dislodge the detonator, which they did. He landed without knowing if he had been successful.

He was one of six children and his younger brother Ben also served in the RFC but was shot down and killed over Cambrai in September 1918.