‘I’d love to play behind him’: Cesc Fabregas believes Sadio Mane is in the ‘top three players in the world’ as he heaps praise on Liverpool forward

Cesc Fabregas has declared Sadio Mane as one of the top three players in the world after the Liverpool forward added to his goal tally on Wednesday night.

Mane’s performance prompted former Premier League star Cesc Fabregas to tweet the bold claim that he believes Mane is one of the top players in the world and has been for some time.

‘Mane for me is top 3 players in the world and has been for a while,’ the AS Monaco midfielder tweeted. ‘Top top level.’

The vast amounts of retweets and likes suggests many concurred with the former Chelsea and Arsenal man, although some were keen to voice their disagreement.

The midfielder maestro has a reputation on the pitch for being one of the most intelligent footballers around, but one twitter user felt he had got it wrong on this occasion.

A Chelsea fan tweeted ‘Cesc this is a really rare L from you I’m afraid’ to which Fabregas backed up his claim, replying ‘Believe me he’s amazing. I’d love to play behind him.’

If the Best Men’s Player awards are anything to go by, Fabergas’ claims are slightly off, with the Champions League-winning forward named in fifth place behind teammates Mohamed Salah and Virgil Van Djik as well as Lionel Messi and Cristiano Ronaldo.

Liverpool went 3-0 up in the game before astonishingly allowing the Austrian side to get the score back to 3-3, only for one of Mane’s striker partners Salah to smash home to eventually give the hosts the victory. 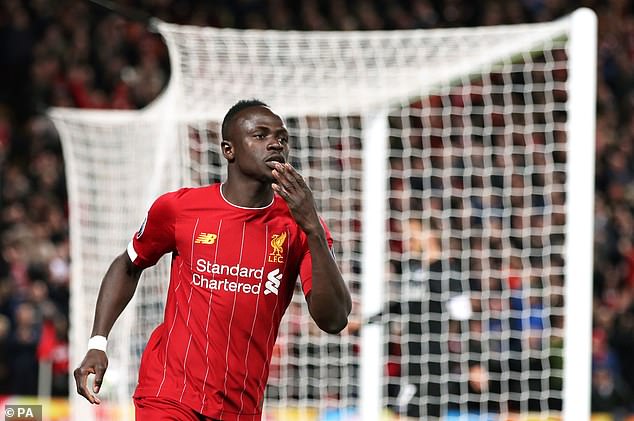