NASA has said its Chandra space telescope will return to normal operation next week following a major technical problems.

Hubble went into hibernation last Friday due to a similar gyroscope failure.

This illustration made available by NASA shows the Chandra X-ray Observatory. On Friday, Oct. 12, 2018, the space agency said that the telescope automatically went into so-called safe mode on Wednesday, possibly because of a gyroscope problem.

WHAT IS ‘SAFE MODE’

When Chandra automatically entered safe mode, the telescope’s instruments are put into a safe configuration.

Critical hardware is swapped to back-up units, the spacecraft points so that the solar panels get maximum sunlight, and the mirrors point away from the Sun.

Now, NASA said it has fixed the problem on Chandra

‘The cause of Chandra’s safe mode on October 10 has now been understood and the Operations team has successfully returned the spacecraft to its normal pointing mode,’ NASA said.

It claimed the safe mode was caused by a glitch in one of Chandra’s gyroscopes resulting in a 3-second period of bad data that in turn led the on-board computer to calculate an incorrect value for the spacecraft momentum.

‘The team has completed plans to switch gyroscopes and place the gyroscope that experienced the glitch in reserve,’ NASA said.

‘Once configured with a series of pre-tested flight software patches, the team will return Chandra to science operations which are expected to commence by next week.’

Both orbiting observatories are old: Hubble is 28, while Chandra is 19. Flight controllers are working to resume operations with both.

NASA says it’s coincidental both went ‘asleep’ within a week of one another.

It ‘continues to work toward resuming science operations of the Hubble Space Telescope after the spacecraft entered safe mode due to a failed gyroscope (gyro) on Friday, Oct. 5.’

‘At approximately 1355 GMT on October 10, 2018, NASA’s Chandra X-ray Observatory entered Safe Mode, where the telescope’s instruments are put into a safe configuration, critical hardware is swapped to back-up units, the spacecraft points so that the solar panels get maximum sunlight, and the mirrors point away from the Sun,’ NASA said.

‘Analysis of available data indicates the transition to safe mode was nominal, i.e., consistent with normal behavior for such an event.

‘All systems functioned as expected and the scientific instruments are safe. The cause of the Safe Mode transition is currently under investigation.’

The Hubble Space Telescope was been sidelined by a serious pointing problem. 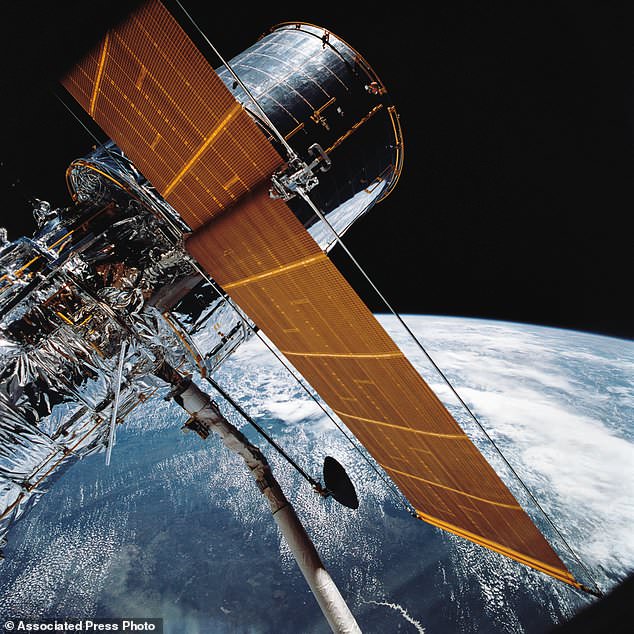